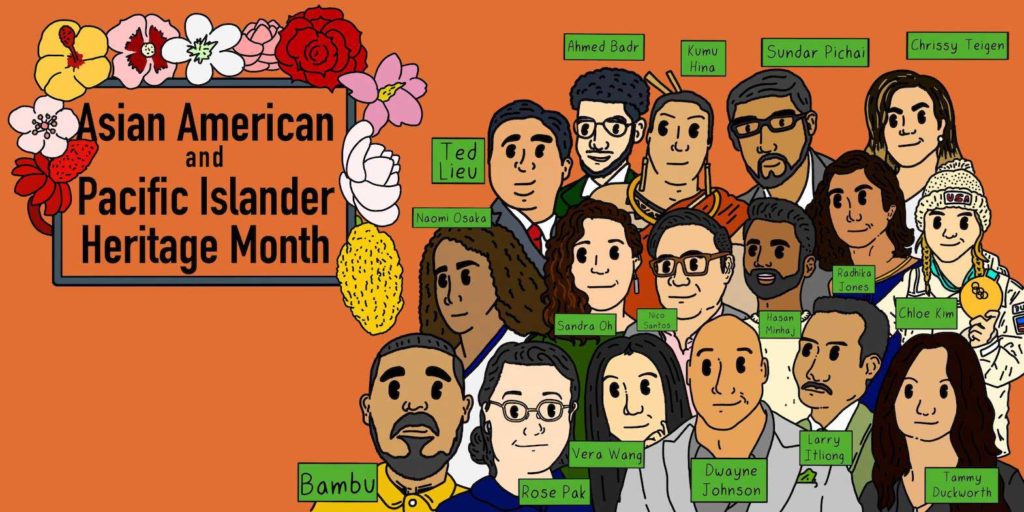 If  you haven’t noticed, our month has a new name.

To show how woke you are, go ahead and correct people on their usage. You’ll be popular!

While doing other things the first 100 days, President Joe Biden introduced the name change by proclamation at the end of April. Most people are probably just saying AAPI Heritage Month thinking they’re up to date. They’re not.

Here’s the evolution of it all. APAHM was signed into law in 1978 by President Jimmy Carter. It stuck all the way to 2009, when President Obama changed it to AAPIHM, no doubt to answer complaints of Pacifics who wanted the “Island” to be made specific. (Someone must have said,  “Do I look like an ocean?”)

But it’s puzzling that the native son of Hawaii did not include the NHs, although as you shall see later in this column, to be dismissive is in keeping with U.S. politics.

Enter Biden this year to be inclusive with the name, but to provide us with the eye-boggling acronym AANHPIHM, which reads “an hippie hymn,” not to be confused with Iron Butterfly’s “Innagaddadavida.” (Summer of Love, baby).

Oh, how things have evolved. Hard enough to figure who’s in our group.

But even if the acronym doesn’t exactly roll off the tongue like the Filipino double-l sound, if this is the worse thing Joe Biden has done, he’s still better than the previous president who thinks we all brought the virus to America.

In fact, it’s because of the previous president that that this year’s heritage month has been more important than at any other time in our lives.

So we now include the Native Hawaiians, willingly and with intent, because unfortunately, this AANHPIHM we have another  stunning revelation that continues the historical pattern of injustices against all of us people of color.

And this one involves the very Native Hawaiians we seek to include in our acronym.

Right now, that’s all they get. An unpronounceable acronym. They deserve a whole lot more.

What the U.S. owes Native Hawaiians
The U.S. has owed Native Hawaiians tens of millions of dollars for ancestral lands stolen outright from them since the 1890s, when the U.S. supported the overthrow of the Hawaiian monarchy. After the islands were annexed in 1898, the U.S. took possession of 1.8 million acres of land.

In 1921, Congress created the Hawaiian Homes Commission Act to create a trust of 203,000 acres. This was to be distributed as 99-year land leases for a dollar a year back to people who were at least 50 percent Native Hawaiian.

Close to 11,00 Native Hawaiians, many them homeless looking for homestead leases, have signed up, waiting for the U.S. to live up to the promise to make them whole.

Instead, an investigation by the Honolulu Star-Advertiser and Pro Publica has exposed how Hawaii’s past and current members of the U.S. Senate passed laws that allowed the federal government to bypass the repayments.

You heard that right. The late Senators Dan Inouye and Dan Akaka. The twin towers of Dan-dom. They allowed for the workaround on payments. And they weren’t the only ones. Even the current Senators, Brian Schatz and Mazie Hirono voted for measures that allowed legislation containing one sentence provisions that made possible the sale of lands intended for native Hawaiians to go to the Catholic church, some educational non-profits for schools, some private home developers, and for the military.

Instead of the reparations to Native Hawaiians as promised by the U.S., the lands went to these other interests. Hawaii’s Department of Hawaiian Home Lands (DHHL) estimates the unpaid land debt is now worth between $39 million to $55 million in today’s dollars.

Just 900 acres have been passed out to Native Hawaiians so far, and there’s a fear there won’t be enough to go to everyone on the waiting list.

The story was reported by Mike Perez, a former colleague of mine at the Honolulu Advertiser, and one of the best investigative journalists around.

And now the fun begins. The report is getting some attention now. Inouye and Akaka are long dead. But Schatz, who is chair of the Senate Committee on Indian Affairs, which oversees this issue, says he’ll “make sure it doesn’t happen again.”

Schatz voted for a military spending bill in 2013 that had two provisions exempting land recovery to Native Hawaiians.

And Sen. Mazie Hirono, who said she was unaware of the language slipped into “must-pass” defense authorization bills that she voted for in 2011, is now actively seeking answers from the Department of Defense and the General Services Administration. It means letting Hawaii know when lands are available to be leased to Native Hawaiians, and stopping any insertion of workaround language that keeps making the U.S. renege on reparation promises.

But what does that mean for Sharon Pua Freitas, 55, who is close to the end of the 11,000 waiting for something?

“It bothers me to my core because that was the land that the United States of America illegally took to begin with,” Freitas told the Star Advertiser. “Now it’s still in somebody else’s hands.”

Stolen from. Lied to. Add that to our ongoing story. Excluded. Discriminated. Ignored.

I am sorry I ever doubted the Native Hawaiians’ place in our acronym.

They are living the historical pattern of how Asian Americans are treated by the U.S. government—with promises and lies.

Don’t doubt it for a second during this first official Asian American Native Hawaii Pacific Islander Heritage Month. Go ahead. Say the name. All of it. They are owed at least that much.

Emil Guillermo is a journalist and commentator. He writes a column for the North American Bureau. See his vlog at www.amok.com and on FBLive @2pPacific.