Kate Winslet, Idris Elba endure in ’The Mountain Between Us’

Kate Winslet, Idris Elba endure in ’The Mountain Between Us’ 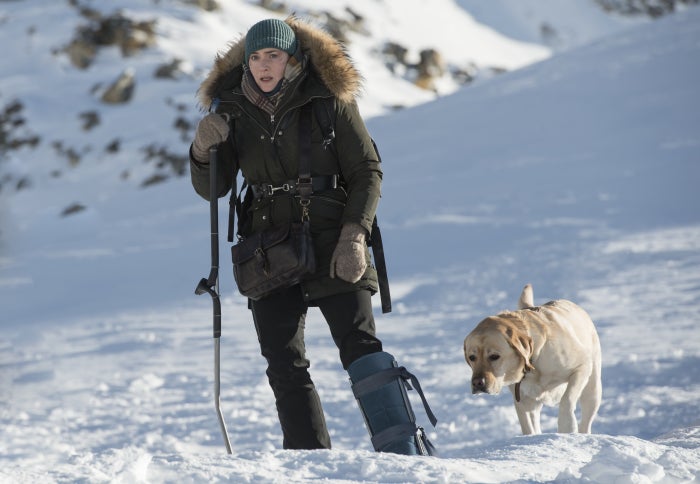 Kate Winslet in “The Mountain Between Us.” CONTRIBUTED

What if your life depended on a stranger? After a looming storm forces the cancellation of her flight to New York, talented photojournalist Alex Martin (Kate Winslet) finds herself stuck in Idaho the night before her wedding. Scrambling to make it home in time, she hits upon a longshot idea and charters a plane to Denver in the hopes of catching the red-eye to New York that same night. Another stranded passenger, Ben Bass (Idris Elba), a skilled British neurosurgeon due back on the East Coast to perform a critical, life-saving operation, tunes out his own misgivings about the plan and joins her.

As Alex and Ben fly ahead of inclement weather in a small Piper two-seater, their pilot suffers a massive stroke, and the small craft crashes in the deep snows of the Uinta Mountains in northeastern Utah. Trapped in the remote region with little hope of rescue, the two weary travelers embark on a terrifying and transformative pilgrimage across the unforgiving reaches of the vast, rugged terrain, fighting against the elements, animals and time. Under the most extreme circumstances imaginable, they gradually learn to trust one another, and a powerful connection grows between them, one that will reshape the course of their lives.

With his novel The Mountain Between Us’ author Charles Martin fashioned a suspenseful, affecting tale that examines how two strangers with distinctive personalities compromise and adapt to one another under extreme duress. At it’s core, the tale offers an endearing exploration of humanity’s optimistic, loving and giving spirit that reminds us to always have hope and live in the present. This movie examines the concept that there’s no perfect scenario to meet someone you’re going to fall in love with. In fact, sometimes the most extreme scenarios become a better place to understand if you can love someone or not because you’re facing them in a circumstance that isn’t comfortable. This is a movie about survival. This is a movie about people being pushed to the edges of human tolerance and endurance.