With his cult following, Tesla boss Elon Musk has amassed considerable power to move markets with his musings, but murky rules make it difficult for regulators to rein him in.

The celebrity CEO, who boasts more than 54 million Twitter followers and has a devoted constituency on Reddit, has whipsawed the cryptocurrency market and sent some stocks soaring this year with a series of tweets and business announcements.

That power was in evidence this week. A Musk tweet on Wednesday that Tesla would no longer accept payments in bitcoin sent the cryptocurrency tumbling 17%, roiling bitcoin futures and dragging down the broader cryptocurrency market.

Dogecoin had an even wilder ride this week, first spiraling downward after Musk called it “a hustle” during the U.S. “Saturday Night Live” TV show. Hours later, it jumped when Musk announced his commercial rocket company SpaceX would accept it for payment. The upstart cryptocurrency received a further bump on Thursday when Musk said he was involved in work to improve its transaction efficiency.

While consumer advocates said Musk was hurting investors and making a mockery of the public markets, it was unclear that he was breaking any rules simply by wielding his influence.

“The problem here is that a loose cannon CEO continues to shoot his mouth off about any number of potential market moving events,” said Dennis Kelleher, CEO of think tank Better Markets. “It’s clearly grossly irresponsible but it may not be illegal.”

A spokesman for Tesla did not respond to a request for comment.

Musk’s tweets about dogecoin in recent months triggered a rally in the digital currency, which started as a social media parody. Near worthless in late 2020, dogecoin has surged to become the fourth-largest cryptocurrency by market cap, according to CoinMarketCap.com.

Other tweets this year about retailer GameStop and online marketplace Etsy also appeared to boost their shares, while investors mistakenly snapped up shares in device maker Signal Advance believing it was the trading ticker for chat app Signal, which Musk had endorsed.

However, lawyers said Musk would need to move an asset price with the aim of enriching himself or people close to him, or operate with inside information, to fall foul of the law. Reuters could not ascertain Musk’s asset holdings. 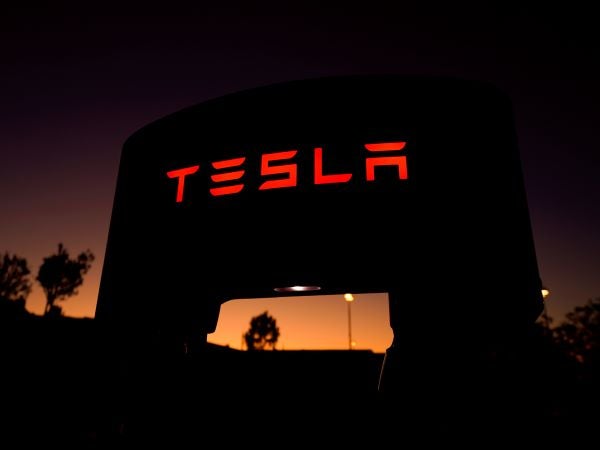 For some, the multi-billionaire is no different from top investors like Warren Buffett or Ray Dalio, who were influencing markets long before Musk. And Musk’s use of social media to reach people directly may have muddied the legal waters in his favor.

“In the past, access to these leaders were filtered through staff and press releases. Now, the general public must evaluate this information directly,” said Timothy Shields, a partner at law firm Kelley Kronenberg who focuses on technology.

“Where Musk’s speech reflects himself personally versus Tesla is very difficult for regulators to separate and therefore regulate.”

The Commodity Futures Trading Commission, which regulates bitcoin derivatives, did not respond to requests for comment. A spokesperson for the Securities and Exchange Commission (SEC) said that as a matter of course, the SEC and U.S. exchanges “monitor for suspicious activities across regulated markets.”

Musk has crossed the line before. In August 2018, he sent Tesla’s shares soaring with a tweet that he had “funding secured” to take Tesla private, when he was not even close.

The SEC subsequently fined Musk $20 million for securities fraud and Tesla $20 million for inadequate disclosures and controls over Musk’s Twitter account. The SEC also ordered Tesla to vet any material public communications Musk made regarding Tesla.

But just months later, the SEC said that Musk violated that settlement with a tweet about Tesla’s production outlook that had not been vetted. Musk’s attorneys contested the allegation, saying the Tweet was old news and not material.

The SEC subsequently tightened Tesla’s settlement by detailing a raft of issues Musk was barred from riffing about without approval.

How Much Does A Tesla Car Cost?

What Does Jeff Bezos Make in a Second?

Lawyers said Musk’s Wednesday tweet on Tesla’s bitcoin about-face was carefully crafted and, as such, did not appear to breach that settlement.

Philip Moustakis of law firm Seward & Kissel said Musk and Tesla could in theory get into hot water if the statement was false or misleading, for example, if Tesla had sold bitcoin before the announcement. But, he added, “I would be surprised.” (This story corrects spelling of Tesla in first paragraph)

LATEST
Apple tightens rules after Justice Department targeted US lawmakers
US senator slams Apple, Amazon, Nike, for enabling forced labor in China
S&P 500 stocks at all time high as long term inflation jitters fade
Ferrari woos buyers as it flaunts its latest models on the catwalk
Clover Health shares tumble in another wild day for meme stocks
Is it time to buy Air Canada stock?
MOST READ
usa Filipino worker’s death now under investigation in Alberta
usa What does the NBA title mean to Utah Jazz and Filipinos?
usa AstraZeneca shows good risk-benefits for those over 60s
usa Is it time to buy Air Canada stock?
usa How to record your screen – for phone and desktop
usa Natural weight loss tips and tricks to try
usa Novavax COVID vaccine more than 90% effective in U.S. trial