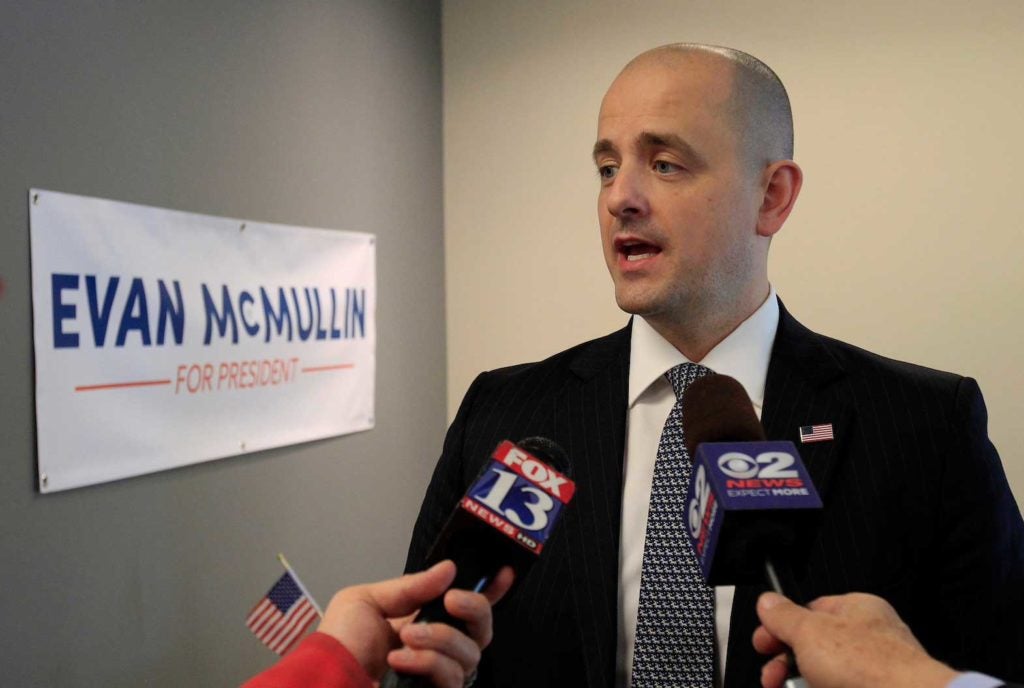 WASHINGTON – Over 100 former Republican officials will sign a letter on Thursday declaring that if the Republican Party does not break with former President Donald Trump and change course, they will back the creation of a third party.

The letter, headlined: “A Call For American Renewal,” is an exploratory move toward forming a breakaway party, two of its organizers said. The group is dismayed by what it says is a modern Republican Party driven by its allegiance to Trump, who continues to falsely claim the 2020 election was stolen from him.

“The Republican Party is broken. It’s time for a resistance of the ‘rationals’ against the ‘radicals,'” said Miles Taylor, one of the organizers. Taylor, while serving in the Trump White House, wrote an anonymous opinion piece in the New York Times in 2018 headlined: “I Am Part of the Resistance Inside the Trump Administration.”

The letter highlights the wide intraparty rift over Trump.

Most Republicans remain fiercely loyal to the former president.

House Republicans are expected on Wednesday https://www.reuters.com/world/us/top-house-republican-says-he-will-back-stefanik-not-trump-critic-cheney-2021-05-09 to oust Representative Liz Cheney from her No. 3 party leadership position within the chamber, because of her refusal to embrace Trump’s election claims and her move to back Trump’s second impeachment after the Capitol riot.

The letter signatories, who include former ambassadors, governors, congressional members and Cabinet secretaries, want the Republican Party to return to “principled” leadership and reject division and conspiracy theories, or face a new party dedicated to fighting for Republicans such as Cheney and against fearmongering and lies.

They may face an uphill battle in getting any current Republican officeholders to sign on – including Cheney herself, who in February rejected the idea of a third party, saying it would empower Democrats.

A spokesman for Trump, Jason Miller, said: “These losers left the Republican Party when they voted for Joe Biden.”

Evan McMullin, a former chief policy director for the House Republican Conference and an independent presidential candidate in 2016, said if the Republican Party does not reject lies and extremism, part of it “will have no choice but to part ways with it and build something new. We’re excited about that prospect.”