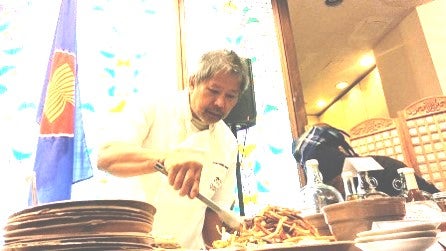 NEW YORK – The North American Philippine Culinary Tour dubbed “Hidden Flavors of the Filipino Kitchen” from September to October hit four cities to showcase the use of indigenous and often rare ingredients from the Philippines.

The tour was launched in New York mid-September with the husband and wife team of Chef Romy Dorotan and food scholar Amy Besa, who have been in the restaurant business for 22 years. 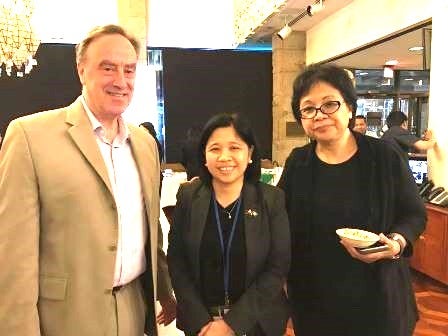 The duo visited Seattle, Chicago, Toronto and Philadelphia, creating meals that truly reflect the flavors of the soil, water and air of the Philippines. With their Purple Yam Malate chefs, Rap Cristobal and Alvin Cruz, the team crafted meals that were received with great acclaim in sold-out events.

Amy Besa gave short talks on ingredients used for the Culinary Tour, stressing the use of rare ingredients such as Philippine vinegars, condiments, different varieties of heirloom rice, among others. Chefs Rap Cristobal and Alvin Cruz at the food stations.CONTRIBUTED

The tour’s launch at the Lobby-Gallery of the Philippine Center in New York drew praises from the guests who were either old fans of Philippine cuisine or just discovering its many complex flavors.

Guests from media such as the New York Times, National Geographic, Forbes, and Buzzfeed came to the tasting. The event was hosted by the Philippine Consulate and the Department of Tourism.