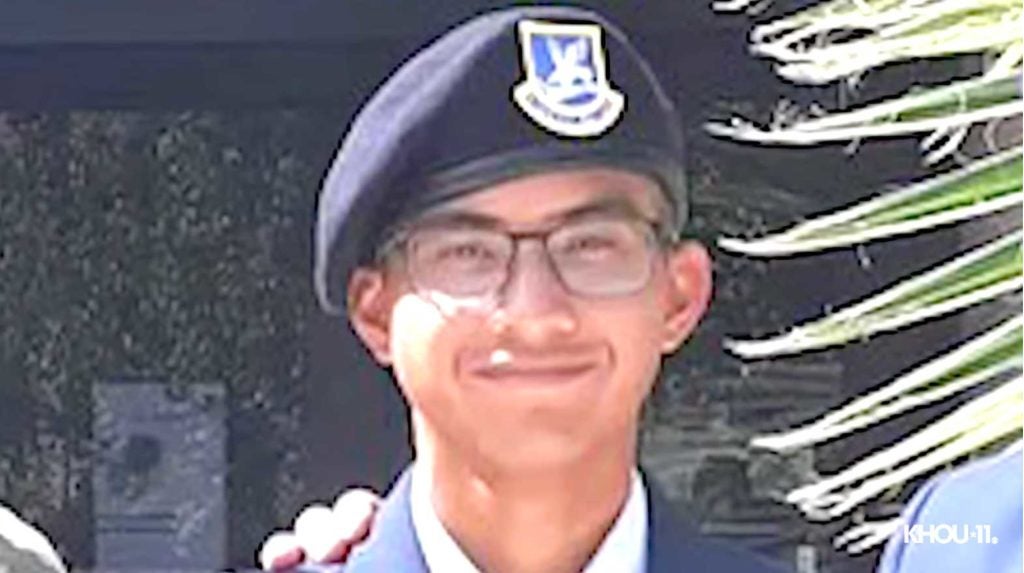 HOUSTON, Texas — The body of  U.S. Airman Elijah Posana, 22, was found Tuesday, May 4, after he disappeared in the water the previous Sunday helping rescue two young cousins from drowning in Surfside Beach.

Whiteman Air Force Base announced the Filipino American Posana was  a 509th Security Forces Squadron member who was on leave to be with his family.

Posana was last seen swimming around 100 feet from shore when someone noticed he was being pulled by a rip current. A 28-hour search by the Coast Guard was suspended May 3.

About two dozen Posana family members on Monday had joined the U.S. Coast Guard in the search for missing U.S. airman.

The family was enjoying the surf when the waves became rough and two young cousins started struggling in the water.

Elijah joined another cousin, Ethan, in pushing the younger kids to safety but disappeared in the water a few moments later.

The family had set up a GoFundMe page to help with search efforts.