What is Delta-8 and its legality? | Everything You Need to Know

What is Delta-8 and its legality?

“I see hemp and Bitcoin side to side right now” those were the words of Jay Barrios, the founder and owner of No cap Hemp Co when he had an interview with Forbes. He had earlier claimed that “Hemp is the future,” this goes to show how far the hemp industry has come regarding its stature and popularity.

The hemp industry and companies within it looked to have carried out some rituals because the sudden boom in the sales and profits of the companies in the hemp industries is surprisingly large. Hemp companies have so many of their products enjoying wonderful growth in recent times. An example is products made from Delta-8.

With the recent surge in need for Delta-8 products, there has been the question of what Delta-8 is. Also, how legal it is within their locality. In this article, we would be shedding more light on what Delta-8 THC is and give you insights into the legality of D8.

What is Delta-8 THC? 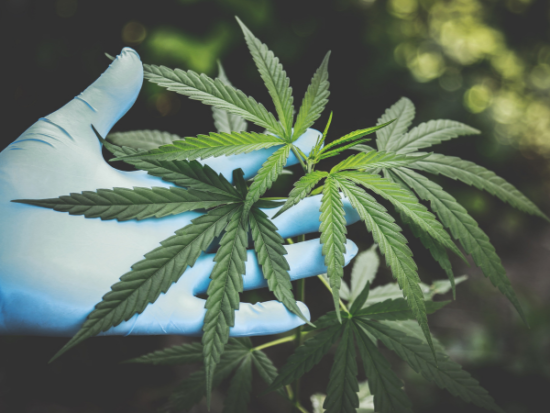 Delta-8 is a new line of products in the hemp industry. However, as new as it is, there is a high probability that anyone who consumes CBD products would have consumed delta 8. This is because Delta-8 has been its existence somewhat of a mystery. Because of the ever-changing hemp regulation, many companies remove the Delta-8 from its product component since its use is illegal.

Delta-8 is just getting recognition in recent times because of the 2018 farm hemp bill that was passed. Delta-8 is close relative to Delta-9, which is mostly known as Tetrahydrocannabinol (THC). However, Delta-8 or D8 has a milder effect than Delta-9 (D9) effects when taken. Delta-8, according to research, can bond with the receptors that D9 binds with and, as such, gives it its similarities with D9.

D8 can be said to be and hybrid hemp line as it has also been compared and said to have similarities with CBD. The comparison between D8 and CBD arises because of the similarities between CBD’s benefits and effects. These benefits can include soothing pains and appetite stimulation that D8 also produces when used. This has led to a CBD vs. THC situation, especially regarding D8’s consumption and production legality.

CBD Treats for Pets on Amazon

How legal is Delta-8 in my state and country?

The legality of D8 depends majorly on the rules and regulations that exist. These rules and regulations are in your locality and country as a whole. For example, Jay Barrios’ hemp company, like every other hemp company in operation in the United States of America, was able to find the loophole in the regulation. This allowed his company to produce several lines and strains of hemp, marijuana, and cannabis products.

This bill has therefore allowed the production and consumption of D8 legally. However, some states in the US and other countries still see any hemp product as illegal. They also have laws that deem it illegal. States like Alaska, Iowa, Idaho, and the likes did not implement this bill to be passed as a law in their state.

With that said, it is important to confirm if your state or country where you find yourself frowns at the consumption of D8 and other Hemp products or it allows for the consumption. Do not get carried away. There is still the tussle to make D8 illegal once again, as there are some attributes of D8 to buttress the point of the arguing lawyers.

The lawyers believe that the law should have seen cannabis and Hemp as the same plant. They have made three main arguments about D8, and they are as follows.

Delta-8 is synthetically made.

Unlike the likes of CBD and THC that are organic components of the cannabis plant, Delta-8 is synthetic and can’t trace directly to the hemp plant. D8 is made synthetically from the CBD that was extracted from the hemp plant.
D8 should be a controlled substance.

Going through the Drug Enforcement Administration list of substances to be of control, D8 and D9 are both on the list. The inclusion of the hemp product on the list makes it seem illegal to take. This makes the lawyers have a stronger claim when they put a question mark on the legality of the hemp substance.

The fight and struggle between the lawyer and companies might go on for a long time. Companies producing D8 might be walking on a thin thread in a tunnel, which has a dim light ahead. However, this doesn’t stop us from enjoying Delta-8 and its benefits while they continue their wrangle.

Ensure that you are on the right side of the law. This is by confirming if the product has just 0.3% of THC in it. You are consuming it in a state or country that allows it. Stay safe and get yourself of relaxation and a bit tipsy consuming Delta-8.