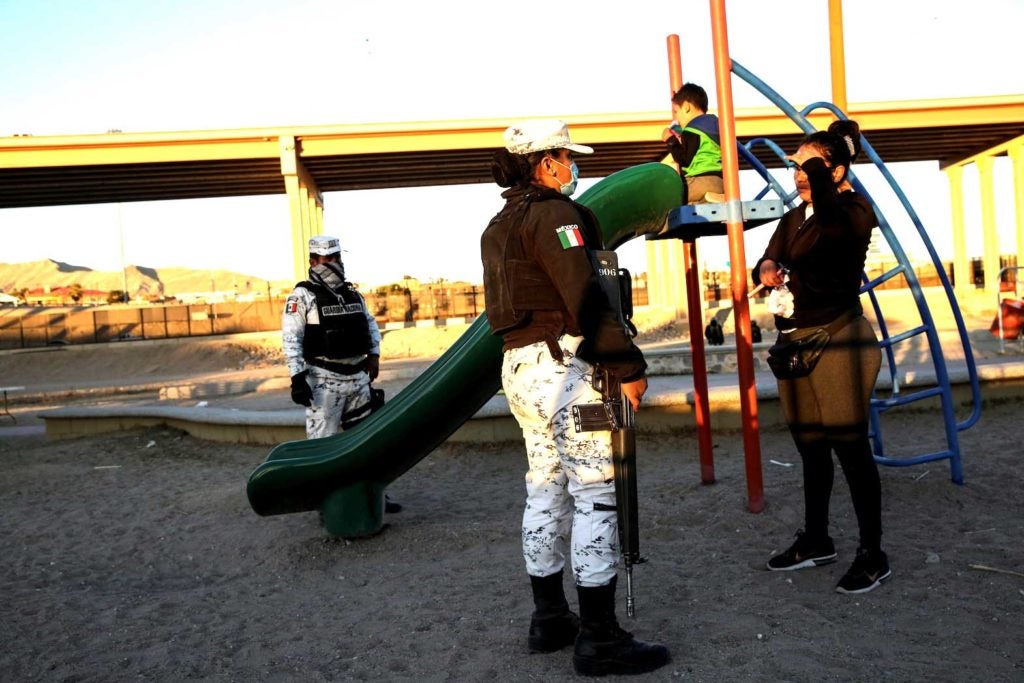 Members of the Mexican National Guard ask people to leave a park, on the side of the Rio Bravo river, as they try to control the influx of migrants crossing toward the U.S., in Ciudad Juarez, Mexico February 4, 2021. REUTERS/Jose Luis Gonzalez

LOS ANGELES – The United States this week will reunite four migrant families separated at the U.S.-Mexico border during the Trump administration, U.S. officials said, a small step toward fulfilling a campaign promise by President Joe Biden.

The families will be allowed to enter the United States through an emergency process known as “humanitarian parole,” Michelle Brane, who heads a Biden-created task force that aims to reunite separated families, told a call with reporters on Sunday.

“In these cases that we’re talking about this week, the children are in the United States and the parents are coming to join them,” Brane said.

The U.S. Department of Homeland Security (DHS) is considering whether they could be granted longer-term immigration status, she said.

Lee Gelernt, lead attorney for the American Civil Liberties Union, which sued former President Donald Trump’s administration over the separations policy, said his organization did not know how many children remain separated from parents but that the number was likely more than 1,000.

The Biden administration has been grappling in recent months with a sharp rise in migrant crossings at the border, including unaccompanied minors and families with young children, mostly from Central America.

The Trump administration, known for its hardline stance on immigration, adopted a blanket “zero-tolerance” policy of prosecuting all unauthorized border crossers in spring 2018, resulting in the mass separation of parents from their children.

Trump reversed the policy that summer amid an international outcry, but advocates and government watchdogs found separations began before the policy and continued after it. In some cases, parents were deported and children remained in the United States with other relatives or sponsors.

Biden has called family separations under Trump a “human tragedy.”

DHS Secretary Alejandro Mayorkas, who also participated in the call with reporters, declined to provide details about the families, citing privacy concerns, but noted that one is Honduran and another Mexican.

Both have been separated since 2017, he said, adding that the reunifications this week would be “the first of many.”