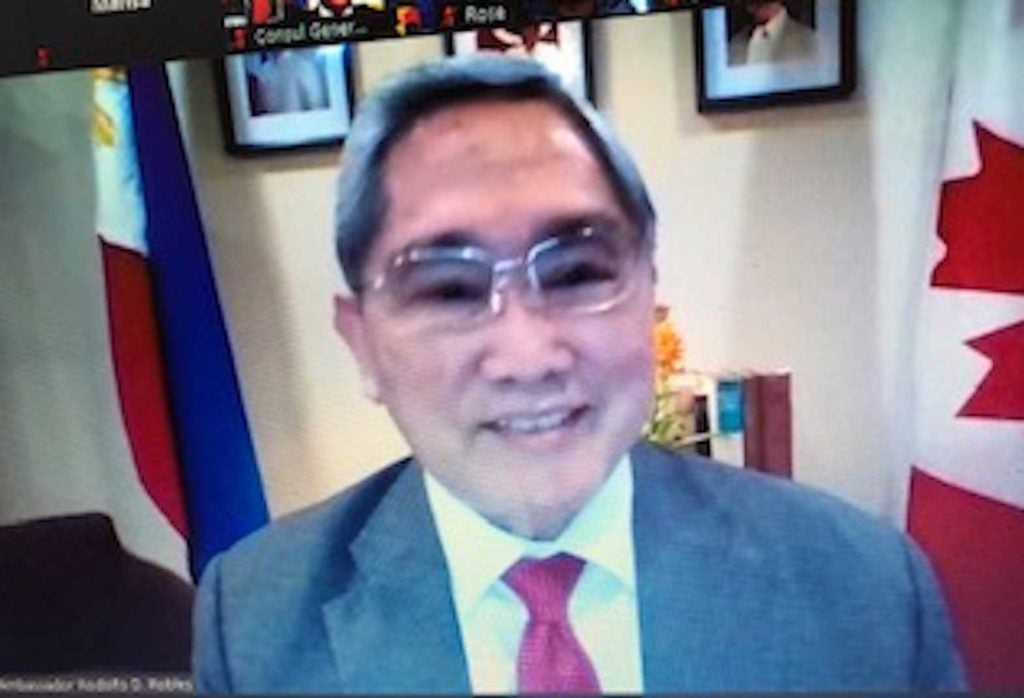 The Philippine Consulate in Toronto hosted a good cross section of Fil-Canadian community leaders, both elected and appointed, from Manitoba and Ontario.

Among the elected officials were Jon Reyes, a five-year member of the Manitoba Legistative Assemby, Rowena Santos, regional councilor for wards 1 and 5 of Brampton, Ontario, and Lisa Bower, councillor for ward 3, Ajax, Ontario.  Two elected trustees: Luz del Rosario of wards 6 and 11, Peel Dufferin Catholic District School Board and Garry Tanuan, ward 8 of the Toronto Catholic District School Board welcomed Ambassador Robles to his new post.

Clyde Pacis, entrepreneur and owner of Max’s Restaurant and Paper Crane, a marketing company, called on the ambassador for his support for local businesses.

From Hamilton, Ruby Sarmiento Amog, who advocates for more than 700 seniors in the area, and Bonner Villabroza, who represents Filipinos in Hamilton, expressed the wish that the ambassador will visit the area once the pandemic restrictions are lifted.

Ambassador Robles’s credentials were received by then-governor general Julie Payette in December 2020. His appointment as ambassador to Canada was preceded by President Duterte nominating him to be the permanent representative of the Philippines to the United Nations.  Previously, Ambassador Robles was a member of the president’s consultative committee to review the 1987 Constitution of the Philippines.

Ambassador Robles is called the Father of the Filipino Ombudsman because he authored the law creating the Office of the Ombudsman during the term of Ferdinand Marcos in 1978.  He is also the principal author of the Philippines’ Miranda Doctrine.

In 1977 he was one of the founding deans of the Arellano University School of Law.  He also taught at San Beda College of Law and he practiced general law with the Robles, Brillante, Ricafrente and Aguirre law firm.

In 1974 he was chosen one of the Ten Outstanding Young Men Awardees (TOYM) in law.

Consul General Orontes Castro was the master of ceremonies for the meet and greet.