Fil-Am to play for Dallas Stars in National Hockey League

Fil-Am to play for Dallas Stars in National Hockey League 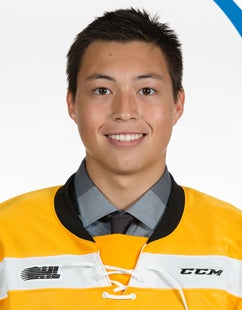 Jason Robertson, previously of the Kingston Frontenacs, will play in the National Hockey League for the Dallas Stars. ONTARIO HOCKEY LEAGUE

SAN FRANCISCO — Jason Robertson, 18, of Northville, Michigan, is the second Filipino American to play in the National Hockey League (NHL).

The first was goalie Jomar Cruz of the Washington Capitals. A Filipino Canadian, Matt Dumba, is in the league, with the Minnesota Wild.

He was born July 22, 1999 in Pasadena, California to Hugh Robertson and Mercedes Dano Robertson. The couple has five children including Jason: Alexandra Harrison; Michael; Brianne; Nick. Manila-born Mercedes moved to Los Angeles from the Philippines when she was three years old.

Jason’s youngest brother, Nick, is also a talented hockey player, drafted by the Petersborough Petes of the Ontario Hockey League last April. Jason played in the same league for the Kingston Frontenacs before being drafted into the NHL.