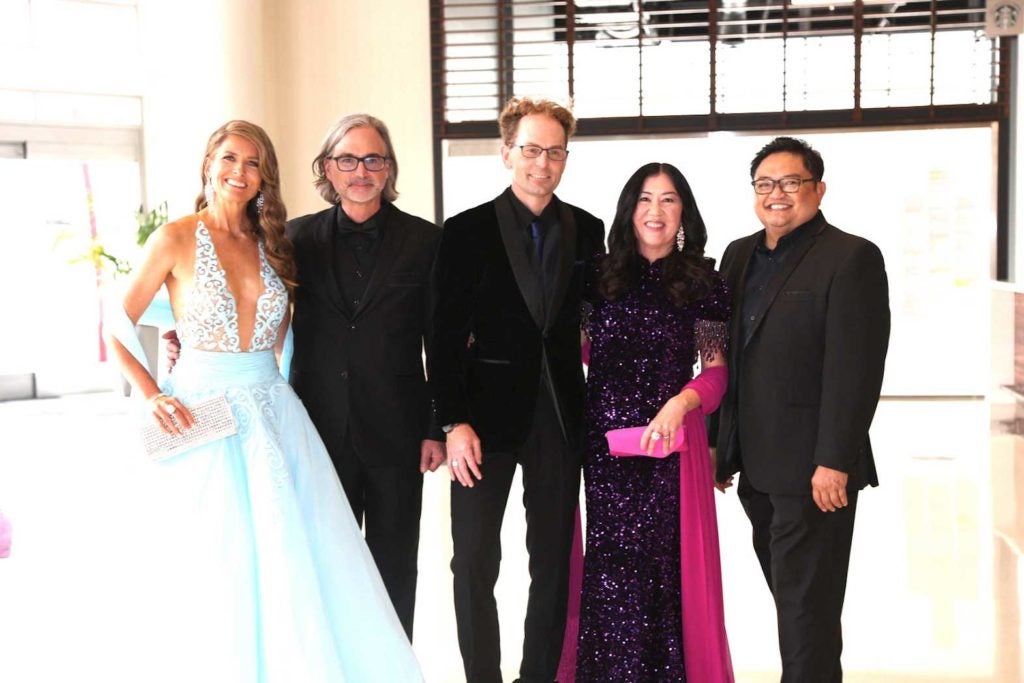 “As a citizen of the world, I am grateful to Sky Fitzgerald and his team for shining the bright spotlight of film on the darker parts of our society where the continuing scourge of hunger still exists,” said fashion designer Monsanto.

The director of Hunger Ward, Sky Fitzgerald, said, “On Oscars day Alexis is the wizard with the wand, ensuring magic happens when it needs to, where it needs to, so we don’t have to worry.”

“Skye worked with Alexis two years ago and had a great experience, so we decided as a team to work with Alexis again,” said executive producer Michael Scheuerman.

“My clients know they are my top priority, regardless of their celebrity status,” states Monsanto, who flew out to Fitzgerald’s area of Portland, Oregon to do their measurements.

Fitzgerald’s wife,  Patti Duncan, said, “In my everyday life, I’m a college professor and a mom, so all this glamour around the Oscars is not something I’m used to, but Alexis helps with every step of the process.”

Duncan, who wore Monsantos’ dresses in 2019 at both the Oscars and at the News and Documentary Emmys in New York, said, “Alexis is wonderful about making you feel special, and designing something that you will feel confident in and happy to wear. He also thinks about every detail– the accessories, shoes, jewelry, and even hair and makeup,” she added.

An important detail to this year’s Monsanto designs includes masks, the designer said. “My clients’ tuxedos and gowns will include fashion forward #AMLAAeroguard masks designed specifically for the red carpet!” 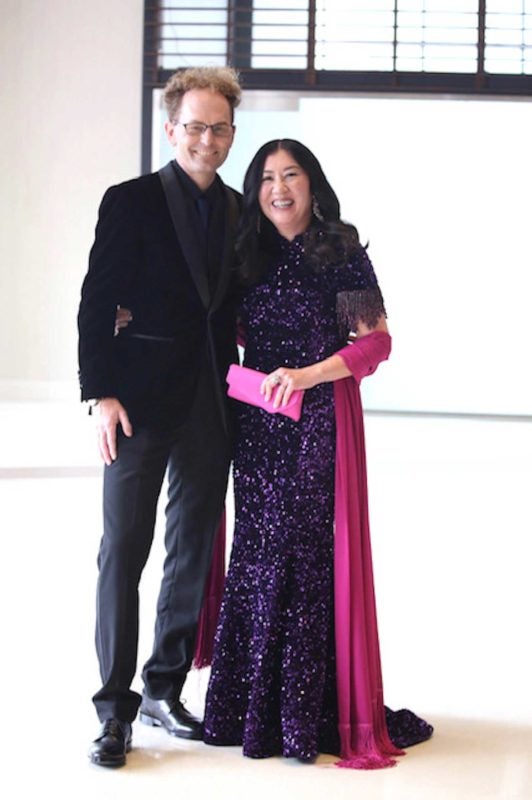 According to the academy, all attendees had to take a COVID-19 test, and those coming from out-of-state had to quarantine five days before the outdoor event that required all to wear masks when they were not on camera and stay socially distanced.

Hunger Ward is a thought-provoking documentary that exposes the famine in Yemen. It’s “a film that one can’t look away from, even though it’s difficult to watch — that’s his style and gift to the world,” noted Scheuerman.

Monsanto said of the short: “After understanding this film, I now comprehend the plight of the starving children as a result of the regional conflict. I hope that Hunger Ward will bring a deeper understanding and help foster an eventual solution to this human tragedy.”

Hunger Ward has teamed up with various organizations calling for attention on the conflict in Yemen, as can be seen on its website.

It’s no surprise that the Hunger Ward team, who are social justice advocates, would support a Filipino-American fashion designer like Monsanto.

“As an AAPI person myself, and someone committed to racial justice, I always try to support AAPI artists, businesses, and communities whenever I can,” Duncan said.

“If I were asked to collaborate with a Filipino colleague, I would. I filmed in the Philippines after Typhoon Haiyan in 2014,”said Fitzgerald, who also said, “The recent rash of Anti-Asian hate crimes has been horrifying and has disgusted me to my core.”