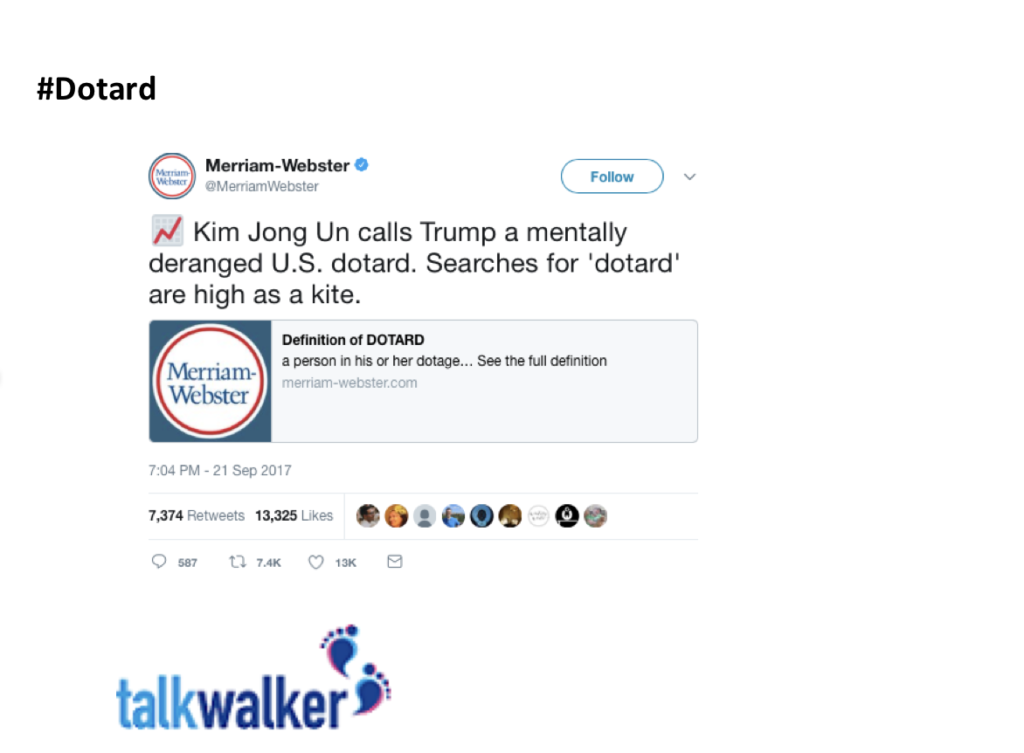 NEW YORK —When Kim Jung Un used an arcane insult, calling President Donald Trump a “dotard,” social media went nuts.  In fact, according to international social media analytics firm Talkwalker, overnight there were more than 100,000 uses of the hashtag #dotard and a total 189,000 mentions of the word.  According to Merriam-Webster, dotard is “a person in his or her dotage,” which is “a state or period of senile decay marked by decline of mental poise and alertness.”

This tweet from Merriam Webster was the top trending social post, with more than 7,400 Retweets and 13,000 likes. 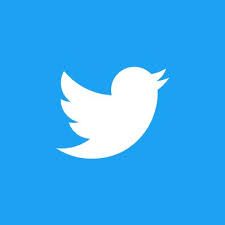 Others took the opportunity to bring up some of the gaffes uttered by the President, including this Tweet from @RobinJoJo, which was Retweeted 4,400 times and received 11,300 likes.  https://twitter.com/RobinJOJO/status/911024397951086592

Finally, this Tweet from @TurnUp_TheTweet takes the new Education Secretary to task.  https://twitter.com/TurnUp_TheTweet/status/911028741056364544