Fil-Am recovery nurse in NY is hopeful, a year into the pandemic

Fil-Am recovery nurse in NY is hopeful, a year into the pandemic 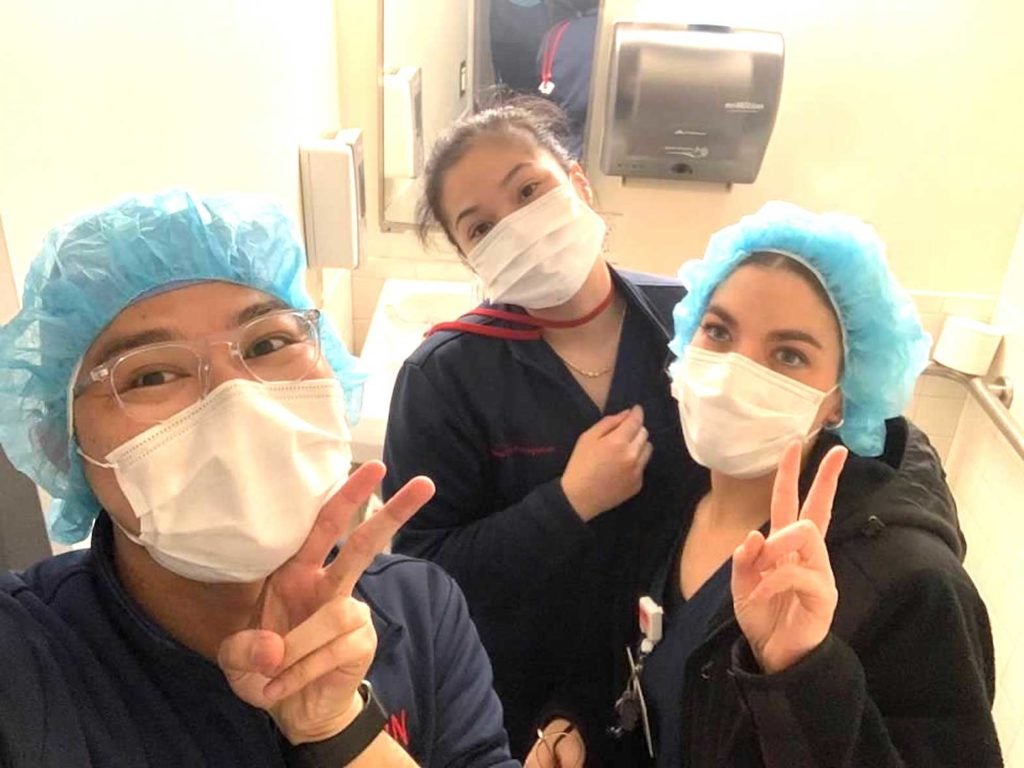 Marco Dacillo (with eyeglasses) with his colleagues at the height of the pandemic. CONTRIBUTED

When the rest of the world was scrambling to deal with the novel coronavirus last year, Marco Dacillo, 39, was at the center of it all. As most countries hit the pause button and navigated the “new” social distancing protocol, the life of health care professionals became more complicated, to say the least.

While working from home or getting laid off from work seemed too much to handle, medical workers were on the front line doing their best to save patients’ lives despite overwhelmed hospital facilities.

Marco was working as a recovery nurse at Presbyterian Hospital in the Upper West Side in Manhattan when America was heavily hit, with New York City becoming the epicenter of the pandemic. He witnessed history unravel in front of him.

Marco’s unit was transformed into a COVID ICU where they had 50+ intubated and vented patients.

“It was like being in a warzone – there was a lot of fear and uncertainty. It was definitely scary, ” he recalls.

Even in a developed country like the U.S., Marco says, hospitals like his were not well equipped with personal protective equipment (PPE) suits for their staff. They had to improvise makeshift protective gear to shield themselves from being infected. He was surprised to see nurses in the Philippines in full hazmat suits when he tuned in for local news back home. They never had those in the hospital where he worked during the onset of the pandemic.

Everyone was stressed out and they made a plan to let their coworkers who are more prone to infection stay at home. It was a test of character, and being in the medical crisis showed everyone that it is what being a nurse entails.

“You never know when the next epidemic or pandemic surfaces, but I learned a lot from this experience and it made me a better nursing practitioner,” Marco explains.

Though everything looked bleak, Marco completed his Master of Nursing Practitioner degree in May during the height of the pandemic. With that, he can prescribe medications and even open up his own nursing practice. It also opens up more opportunities for him.

Marco kept his sanity and optimism by making Tik Tok videos during the start of the pandemic. It was the only entertainment he found comforting after working a full day in the hospital. He found it therapeutic to just Tik Tok his worries away and live for the moment.

Marco’s grandfather, a war veteran, paved the opportunity for their family to emigrate to the United States. A third-generation Filipino American, Marco, at the age of 12, joined his entire family who had already moved years ahead of him in America in 1994.

Marco easily learned the ropes of American life in his youth. In a very multicultural city like New York, he never felt different from other kids. The apartment building where they used to live in the Bronx had a lot of kids his age of all different ethnicities. He enjoyed playing outside on the sidewalk, rollerblading to the reservoir and playing football and dodgeball.

Marco was enrolled in a private Catholic school with a majority of white kids. His sister’s co-worker’s daughter attended the same school and he quickly became great friends with her. He discovered that learning essential everyday phrases like “what’s up,” which indirectly means “how are you doing?” was his way to assimilate. He got cues from his brother on how to dress up, and despite being the only Filipino in the school, he only experienced being bullied once by one of his schoolmates.

From journalism, acting to nursing

Marco started a career as an editorial assistant and thought of exploring acting and theater arts. While most of his family are in the medical field, he earned an Associate Degree in Journalism then briefly worked in a community newspaper in New Jersey. His two sisters are nurses. His brother’s wife is a nurse. Nursing seemed to be everyone’s job. 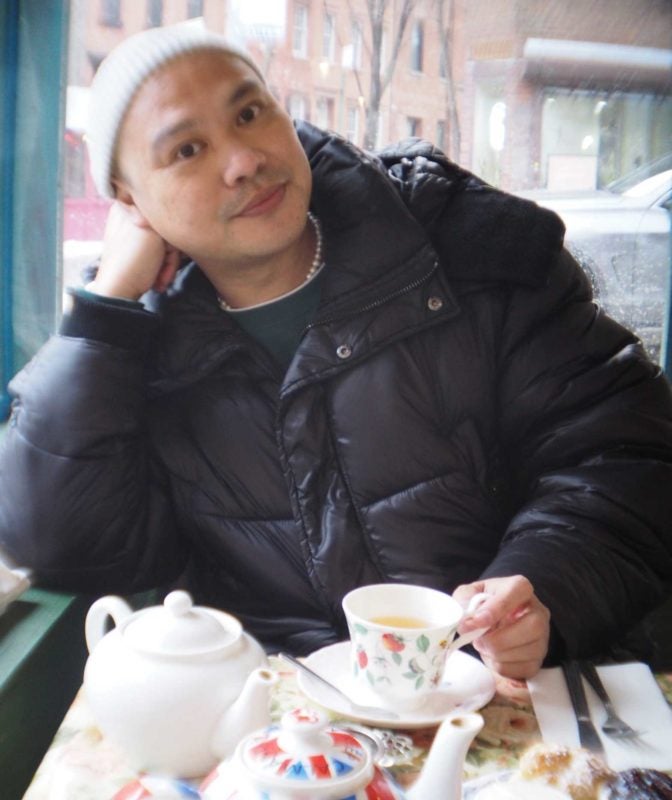 Becoming a nurse was accidental. Marco went back to the Philippines in 2004 to be one of the caretakers of his ailing dad, who suffered from a stroke. He shared that being a nurse was probably already his family’s backup plan for him, but being convinced by his mom resonated more. He enrolled in a university in Cebu where he completed his nursing degree in 2007.

“I swore I would never be a nurse because we had so many nurses in my family already. Little did I know that once I got started with training and education how much I would love it!” Marco says.

Nursing degree in the Philippines

A nursing degree in the Philippines is highly regarded internationally because of the world-class training. It also costs lower compared with the US. Marco says that he would not have been resilient in this vocation otherwise. He was exposed to the unit rotation in his final year in nursing school and it made him adapt to various medical situations and emergencies.

Marco came back to the U.S. in 2007. He worked as a dialysis technician for three years while waiting for his paperwork to become a full-fledged nurse. It was only in 2010 that he received all the documentation needed to work in a hospital as a nurse. He applied to an open call at Beth Israel that same year.

“During my first interview in NYC, I was told that I wasn’t qualified enough. And because I am Filipino that I should know whom to call to get a job (there’s a stereotype about Filipinos and nursing),” he laments.

Though working in hospitals in New York is totally different, “I have never felt an outsider working as a nurse in the U.S.,” he says. “I only had one bad experience with a patient, not because of my race, but because of my sexual orientation. The hospital was quick to address this issue, and I feel being protected as a gay nurse,” Marco shares.

The uncertainty of the COVID-19 has made everyone revisit and reflect on their priorities.

“Make sure you take time out for yourself. Especially with all the stresses, it’s okay to decompress and make sure you’re taken care of. It won’t do you any good if you’re run down and can’t function,” Marco emphasizes.

The importance of family has also emerged on top during the pandemic. Marco is hoping that he can travel guilt-free soon to visit family and relatives back in the Philippines. With the faster rollout of vaccination in the U.S., and having received his second dose in February, he anticipates that though things will never be the same way again, he hopes people can still interact like they used to do.

Marco is now a Licensed Practicing Nurse at Presbyterian Hospital in New York City. He is also active on civic movements like the Black Lives Matter and the LGBTQI+ rights. – With Avery Randall Cefre