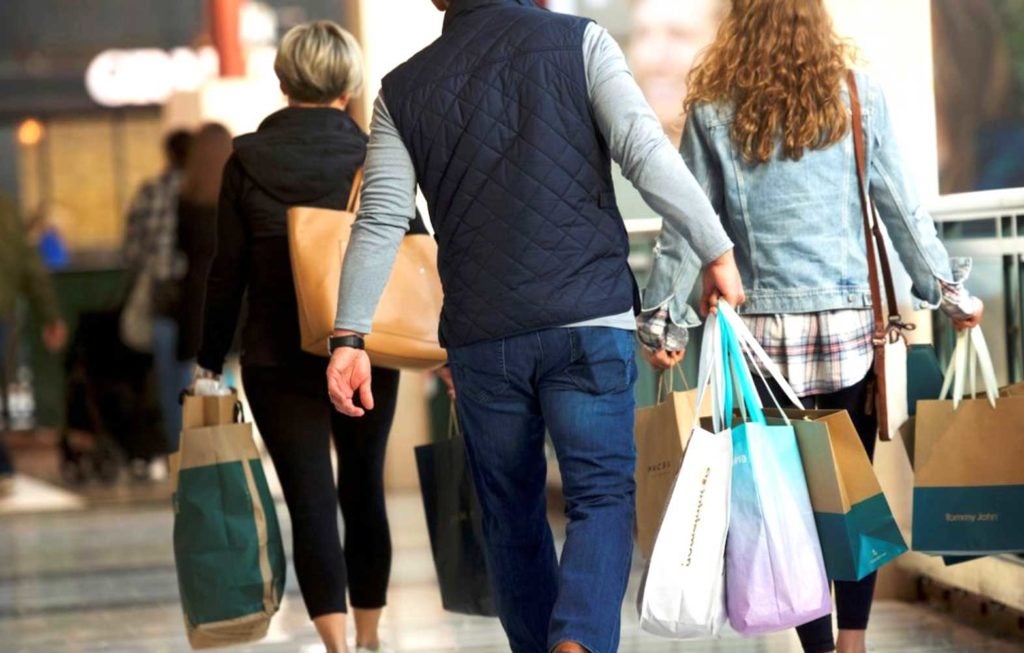 The U.S. economy will grow at its fastest annual pace in decades this year and outperform most of its major peers, with the outlook upgraded sharply, but another COVID-19 surge was the biggest risk over the next three months, a Reuters poll showed.

There was a new wave of optimism among economic forecasters predicting a boost to economic activity from the $1.9 trillion pandemic relief package already passed and also from U.S. President Joe Biden’s proposed $2 trillion-plus infrastructure plan, according to the April 16-20 poll of over 100 economists.

The world’s largest economy was predicted to grow on average 6.2% this year, the brightest outlook since polling began for the period more than two years ago and if achieved would mark the fastest annual expansion since 1984.

While the International Monetary Fund’s latest projection of 6.4% expansion was slightly more optimistic than the poll consensus, about 15% of 105 economists predicted the economy would grow 7% or more this year, with the range of forecasts showing higher highs and higher lows compared with last month.

But nearly 70% of economists, or 39 of 56, in response to an additional question said the biggest risk to the economy was a resurgence in coronavirus cases over the next three months. 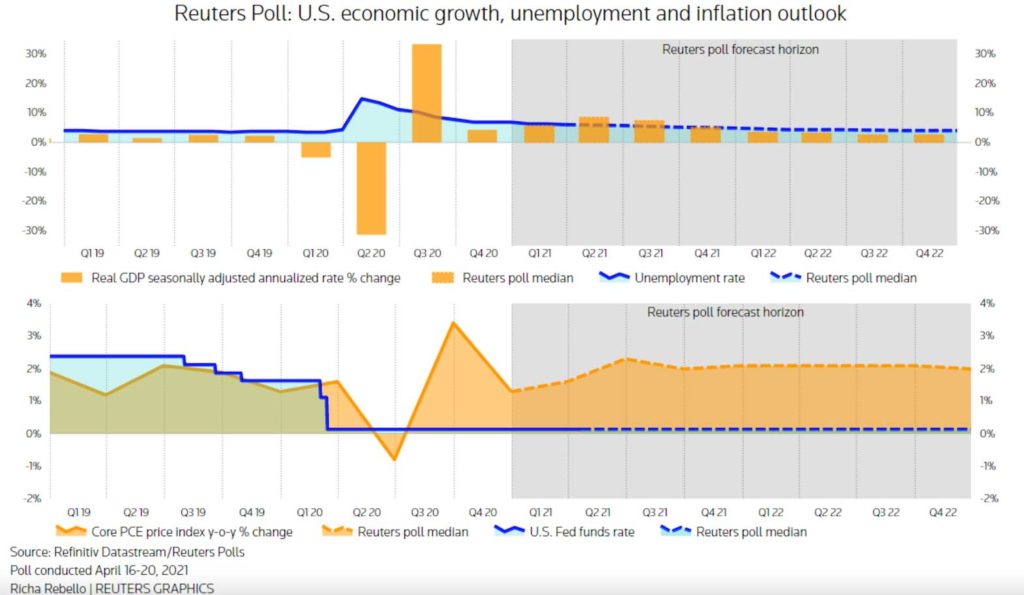 “The upshot is that the U.S. economy is smoking. But another wave of cases would put our forecast at risk. For now, we assume it won’t lead to another round of aggressive restrictions.”

After having likely expanded at an annualized pace of 5.8% in the previous quarter, the U.S. economy was forecast to grow 8.5% this quarter. That marks a sharp upgrade – in stark contrast to predictions for most major developed economies – from 7.2% predicted for this quarter last month.

While the U.S. economy was forecast to return to pre-crisis levels this year, the unemployment rate was expected to take more than a year, according to a majority of economists in response to a separate question.

“As we will get later in the year and certainly in 2022, the boost from not just reopening but also fiscal stimulus will be fading to the point when the stimulus turns into a fiscal drag,” said Jim O’Sullivan, chief U.S. macro strategist at TD Securities.

“So there are a lot of reasons to not simply extrapolate the strong numbers we are seeing now and we expect the net result at the end to be less than a complete recovery in the labor market.”

While the Federal Reserve’s preferred inflation gauge – the core Personal Consumption Expenditure (PCE) price index – was forecast to average 2.0% this year and next, over 90% of nearly 50 economists said the risks were skewed to the upside.