I’ve recovered from Covid, why do I have to mask up?

I’ve recovered from Covid, why do I have to mask up? 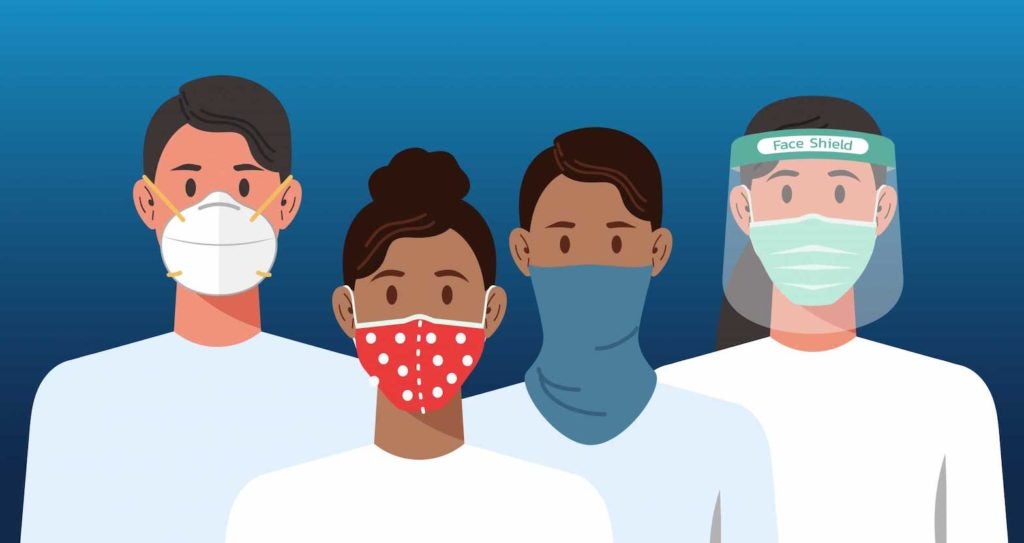 More than 120 million Americans have joined arguably the most sought-after club on Earth: those immunized against the coronavirus.

Fully vaccinated people were given the green light in March by the Centers for Disease Control and Prevention to gather with other fully vaccinated people or with low-risk unvaccinated people from one other household without a mask and, earlier this month, to travel without quarantining afterward. (As reports of state and local case surges mount, the CDC is increasingly urging caution.)

But what about all the people — a number impossible to count, though estimated to be in the millions — who now possess some degree of immunity because they recovered from covid-19?

The agency recommends that everyone — vaccinated, recovered or otherwise — wear a mask in public.

There is no mention of whether people who have recovered can congregate without face coverings like those who are fully vaccinated.

And, through it all, the need for masks continues to be a contentious issue. As the federal government doubles down on their importance, some states have thrown caution — and face coverings — to the wind. We decided to dig into the science and motives behind the masking recommendation.

I Beat Covid! Isn’t This Behind Me?

People who recover from the virus enjoy some immunity. The CDC says the protection lasts at least 90 days after testing positive for the virus. During that time, they do not need to quarantine or retest if they’re exposed again.

Cases of reinfection are rare. While those infected can continue shedding the virus for months after they recover, the CDC said, the amount is low enough that it is unlikely to infect others.

Given that, some have questioned whether people who have recovered still need to abide by mask mandates. Linsey Marr, an engineering professor at Virginia Tech University who studies airborne transmission, told us there’s no strong scientific rationale for face coverings among people who have had the virus.

However, important questions remain unanswered about the level of post-infection immunity that make it advisable to continue wearing a mask, experts said. For instance, scientists have yet to determine whether people who experienced mild or no symptoms generated enough of an immune response to meaningfully shield them from getting the virus again.

Additionally, no one knows how long immunity lasts. A person could get reinfected and start spreading the virus without knowing it, said A. Oveta Fuller, associate professor of microbiology and immunology at University of Michigan Medical School.

“You don’t want to be putting virus into the environment,” she said.

The covid vaccines available in the United States provide a high degree of protection from illness, hospitalization and death.

The Moderna and Pfizer-BioNTech vaccines are over 94% effective after two doses. The percentage is lower for the Johnson & Johnson vaccine — 72% in the U.S. These vaccines can’t be compared exactly for a variety of reasons. (Tuesday, the FDA recommended a pause in use of the J&J vaccine as reports of a rare side effect are investigated.)

So far, studies suggest the Moderna and Pfizer-BioNTech injections shield people for at least six months, but research is ongoing. This data is not yet available for the J&J shot.

Scientific evidence also appears to show vaccine-induced immunity is stronger than what the body generates after an infection, Fuller said. And vaccines appear to offer some protection against the variant discovered in the United Kingdom, now widely circulating in the U.S. Whether natural immunity can combat this strain or other variants is unknown, CDC spokesperson Jade Fulce said.

What could account for these differences? Visualize the virus as a hand, Fuller said. A natural infection triggers the body to attack any part of the pathogen, including dispensable bits like the tip of a fingernail. But the vaccines are engineered to create fighters that react to the virus’s “thumb,” the spike protein that binds it to the human cell.

“We know the thumb is critical for infection,” Fuller said, “so any immunity you make against that will be more protective against infection than immunity from natural infection.”

Emerging evidence suggests the vaccines could also prevent or limit how much the virus replicates in the respiratory system, an effect that could further cut down transmission.

That said, vaccine-induced immunity comes with its share of unknowns. Vaccines have a high efficacy rate, but they are still not 100% protective against the virus. Scientists are still figuring out whether immunity from vaccines or an infection will fade over time.

Depending on how this protection dissipates, people with vaccine-induced immunity could become vulnerable to the virus again and get infected without knowing it, said Fuller. Infected people can start shedding the virus up to two days before they show symptoms, and an estimated 30% never show signs of illness.

“We’ve learned a lot” in the year since covid emerged, Fuller said. “But there’s so, so much more to know.”

A Mask Protects You, Your Neighbor and the World

When a person infected with SARS-COV-2 breathes out, they release droplets into the air that contain moisture, saliva and possibly bits of virus.

Masks work by blocking those droplets from landing in or on another person. Tightly woven fabrics can trap smaller droplets than those made with looser weaves, said Richard Sachleben, a retired chemist. Some versions also help the wearer inhale less virus.

Droplets of different sizes come with different risks, said Sachleben. Larger ones are pulled to the ground by gravity, he said, but they’re more dangerous because they carry more virus than smaller ones that linger in the air. Luckily, they’re also easier to block with a face covering.

“That’s why a crappy mask is better than no mask,” Sachleben said.

Face coverings also help stop more variants from forming, he continued, because the fewer particles are in the air, the fewer opportunities the virus has to mutate into a form that’s more resilient against humanity’s defenses.

That said, not even the best masks are 100% effective at catching and blocking every piece of virus, said Dr. Donald Milton, professor of environmental health at the University of Maryland School of Public Health. But, when combined with other public health measures, they can meaningfully reduce viral spread.

Wearing a mask also sends a message about what people need to do “to break the back of this pandemic,” said Fuller. Because face coverings protect the public from the wearer’s germs, it also communicates that the wearer cares about the community, said Sachleben.