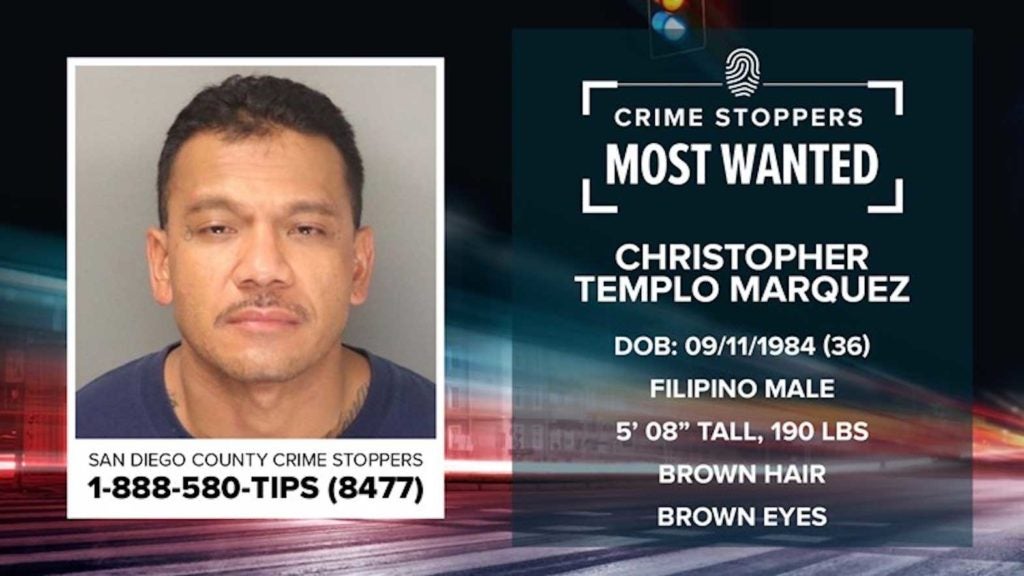 SAN DIEGO — A Filipino American fugitive suspected in two previous shootings within the last month was shot and killed by SWAT officers Tuesday, April 12 during a long standoff on the San Diego High School campus.

Marquez and an unidentified woman were hiding in a dumpster, following a police pursuit Monday evening.

The woman was reportedly screaming, apparently begging Marquez not to shoot her. Officers saw Marquez push her to the ground before he raised his weapon.

The officers opened fire, hitting Marquez, who was declared dead at the scene. The woman was not injured.

The pursuit began Monday evening when National City police officers spotted Marquez in a car and tried to pull the car over. Marquez’s vehicle sped away.

At one point, someone inside the suspect vehicle fired one shot out of the back window at pursuing police vehicles. Someone inside the vehicle opened fire on law enforcement again near state Route 163 and 10th Avenue in downtown San Diego, according to an KGTV news report.

The pursuit lasted until 8:45 p.m., when the suspect vehicle stopped on the football field of Balboa Stadium on the San Diego High School campus, located on Park Boulevard, Buttle said.

Shots were fired at officers a third time near the San Diego High School campus, where police said Marquez and an unidentified woman got into a large dumpster together. Police noted, “As the occupants of the car ran from the vehicle on foot, a rifle and a handgun were seen.”

Police tried to negotiate for the pair’s surrender for hours. Officials said Marquez “became more agitated and apparently turned his anger towards the woman with him.”

The woman tried to leave the dumpster several times but was pulled back in. During the negotiations, the woman gave up a handgun in exchange for water. The woman was not identified by police and it’s not clear if she will face any charges.

Marquez is suspected of shooting and injuring a bounty hunter who was serving a felony warrant on him in Chula Vista on March 15.  That warrant was connected to a previous standoff in south San Diego a few years back, which had ended peacefully after Marquez surrendered.

On April 5, Marquez allegedly shot at National City police officers during a traffic stop of a car police believed was stolen. Two women passengers surrendered, but Marquez got out of the car and ran away, exchanging gunfire with officers.