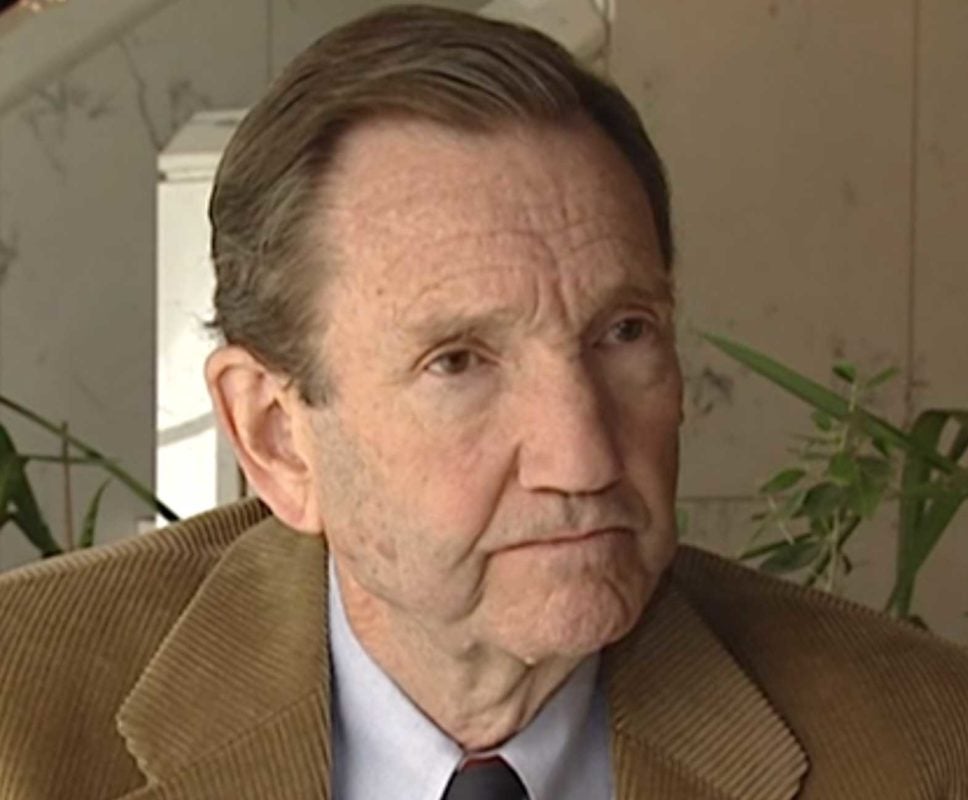 Many would recognize the name Ramsey Clark as the former U.S. attorney general played by Michael Keaton in “The Trial of the Chicago 7.” In the Oscar-nominated film, Clark was the maverick lawyer who embraced the cause of the young activists of the Civil Rights movement.

Clark, who played a critical role in that movement and later became controversial for defending unpopular figures, died last week. He was 93.

I never met him. But 30 years ago, I was pleasantly surprised and honored to learn that he had agreed to write the foreword to the U.S. edition of my biography of Edgar Jopson, the activist who helped lead the fight against the Marcos regime.

This was in 1991, shortly after Clark had led a fact-finding mission to look into human rights abuses in the Philippines.

His work in the Philippines underscores a key lesson that is so relevant today. The 1986 revolt that ended the Marcos dictatorship did not put an end to the abuses of an unjust social and political order. Another Marcos, another tyrant was able to emerge because of that.

Clark was a staunch critic of the U.S. role in supporting and even bankrolling regimes and governments that showed little respect for human rights.

“He championed civil rights as U.S. attorney general in the Johnson administration, then devoted much of the rest of his life to defending unpopular causes,” church activist Doug Cunningham, who joined Clark’s fact-finding mission, said in a Facebook post.

Cunningham worked with Clark in preparing a report to the U.S. Congress. “We had several late night conversations. One night I asked him, ‘Should we ask Congress to conduct an investigation?’” he recalled.

“Hell, we did an investigation,” Clark said. “They need to act and cut off military aid.”

He was, Cunningham recalled, a “ wonderful, humble, courageous man who made a great impact for human rights.”

When Monthly Review invited Clark to write the foreword to my book about Edjop, “Rebolusyon! A Generation of Struggle in the Philippines,” he readily agreed to read the manuscript and share his insights.

He clearly gave the book a close read, reflecting on Edjop’s life in the context of the history of U.S.-Philippine relations and what he himself witnessed during his trip.

“Edjop chose total sacrifice for the people, the masa, for whom he bore profound respect and love. He left social approval, wealth, comfort, assured success by the value of the society in which he was raised. … Against all selfish interests, he sided unafraid with the true nation, the people, against a tyranny that impoverished them.”

Clark had visited the Philippines after a statue depicting Ninoy Aquino’s assassination had been built in Makati. And that gave him an idea.

“There ought to be a statue of Edjop,” he wrote. “It might be facing the Malacanang Palace to remind its occupant there will always be champions of the people. It might be at the Ateneo, the elite Jesuit school where Edjop excelled, to bring out the best in future generations of students. It might be in Tondo, the sprawling Manila slum of more than a million poor, [where Edjop worked as a labor organizer], to remind them that there are those who care. The people of the Philippines should choose. But there ought to be a heroic, public statue of Edgar Jopson.”

Farewell and thank you, Mr. Clark.