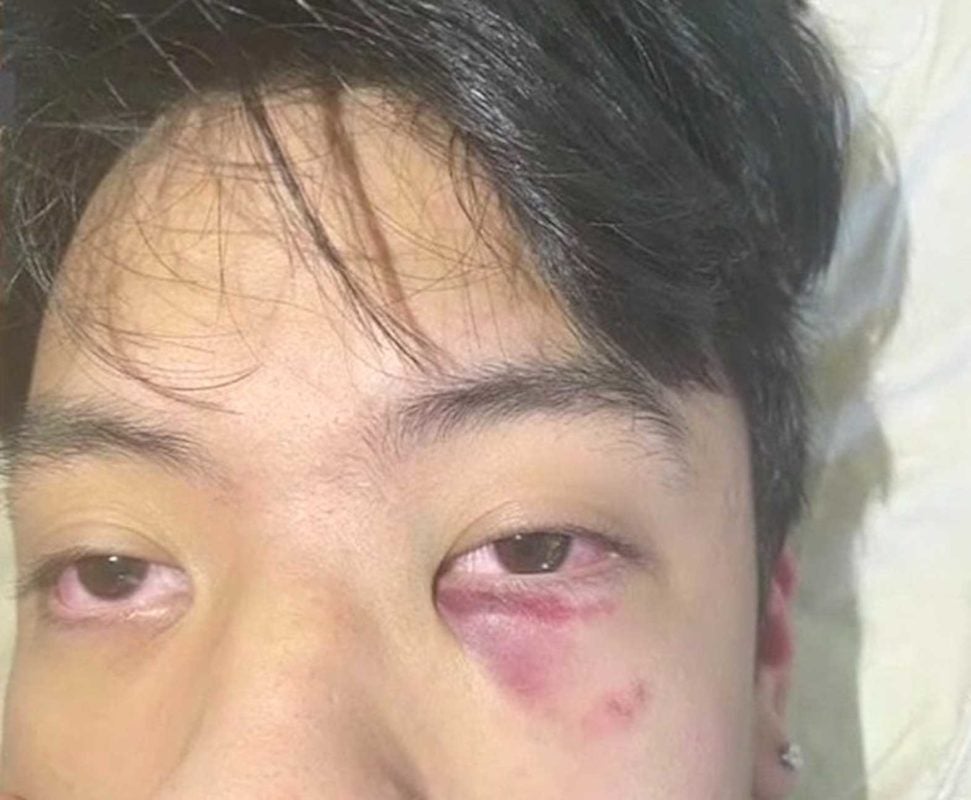 SAN FRANCISCO—A San Francisco sports bar owner vehemently denied he was being racist after getting death threats and angry Yelp reviews over an incident involving a Filipino American teen.

A TikTok video posted Sunday from the account of Sofia Enguillado alleged that her 18-year-old son was punched outside Gino and Carlo in the city’s North Beach neighborhood. The video shows images of the young man, C.J. Enguillado, with a bruise and swelling on one side of his face.

Enguillado said the owner of the bar had her son kicked out while the teen was waiting for his family, who were visiting San Francisco. Enguillado claimed that someone from the bar punched her son after saying “You don’t even belong here.”

The son, C.J. Enguillado, said he was sitting alone in an area outside the bar while waiting for his parents, thinking it was okay. He admitted to KPIX 5 that the bar owner had told him to leave several times after learning he was underage.

Enguillado said he refused to leave, because “by the way it sounded, he said, ‘Get the f— out of here, you don’t belong here,” that’s what he said, and I cannot forget those words,” he said. “That’s, like, traumatizing to me.”

“I am not a racist, in fact I kick people out of my bar, when they say racist things,” Gino and Carlo owner, Frank Rossi, told KPIX 5.

Rossi said the young Enguillado was asked to leave numerous times, not because of his race, but because it’s against city guidelines to people under age 21 in the bar’s outdoor seating area. He said the teen adamantly refused to leave

That’s when, Rossi says a bystander and patron of the bar identified as a former boxer Pat Lawler got involved and punched Enguillado.

“I went nuts when he hit him, went nuts,” Rossi told KPIX 5. “I could not believe he did it. There was no threat, no threat. I was completely caught off guard by it.”

Police arrested and released Lawler for misdemeanor. “We do not have evidence to believe this incident was predicated by hate,” police said in a statement.

To the Enquillado family who is accusing him of being a racist, Rossi said, “I want to say that they’re mistaken, their son shouldn’t have been hit. [The man arrested] doesn’t work for us, he never did work for us. He’s just a customer. Sorry it happened, but it wasn’t racism at all, or a hate crime against Asians.”

Yelp has since disabled the posts against the restaurant, stating that while they condemn racism, comments must be first-hand experiences.