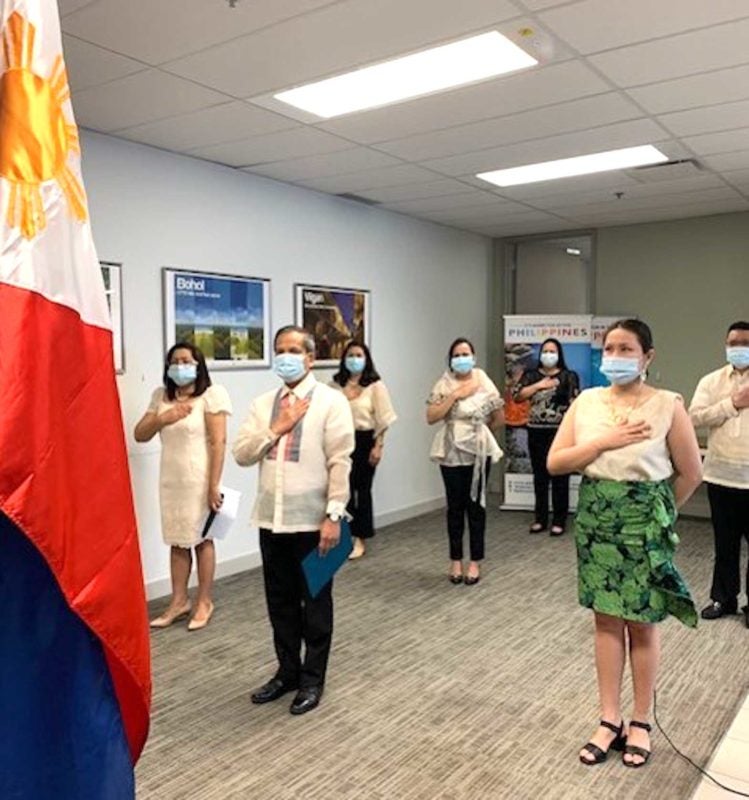 On April 2, Philippine Consulate General in Calgary posted its notice of temporary closure effective from April 6 to 14, impacting most consular services offered by the office.

Aside from the confirmed three cases, three more staff members exhibited core symptoms. The affected employees were in close contact with almost every member of the staff, said PCG Consul General Zaldy Patron in an interview with INQUIRER.net.

“All staff who exhibited symptoms had themselves tested for COVID-19. The PCG then required all other personnel who were close contacts of those who were positive to also undergo testing,” he said.

One employee who later tested positive was at the PCG office from March 29 to 31. However, the staffer did not exhibit symptoms at the time.

The office was notified of the positive result by the first employee on March 31, while the other two received their results on April 1. The PCG was observing holidays on April 1 and 2, and was not open for service.

Current provincial health restrictions have forced the PCG to split into two teams of seven personnel alternating in working onsite and working from home.

“Due to the PCG’s limited number of personnel relative to the heavy workload of the office in attending to the consular needs of the estimated 210,000 Filipinos in Alberta and Saskatchewan, when one member of a team is absent we are forced to get a member from another team to continue our services,” said Consul Patron.

“Unfortunately, those who tested positive had interactions with both teams.  In compliance with the public health measures of Alberta, 13 out of our 14 personnel have to self-isolate and quarantine, leaving us no choice but to temporarily close our office until 14 April,” he added.

PCG Calgary has moved passport services appointment dates for those affected by the temporary closure. Appointments in April have been rescheduled to certain dates in June 2021. Affected Filipinos have been notified by email and by phone. The new appointments have also been posted on their website.

The office has advised a delay in processing non-passport applications, such as civil registration and legalization services. PCG employees who are working from home are also answering queries sent by email.

Since the beginning of the pandemic, the consular office has maintained safety precautions, including mask wearing of staff and clients, temperature checks, and frequent disinfection. Capacity restriction measures have been put in place as well as complying with the two-meter physical distancing in the office.

Beginning May 1, PCG Calgary will relocate to Suite #100, 1001-1st St South East Calgary but will continue to provide consular service at its current location until April 30.