A nation of killers?

A nation of killers? 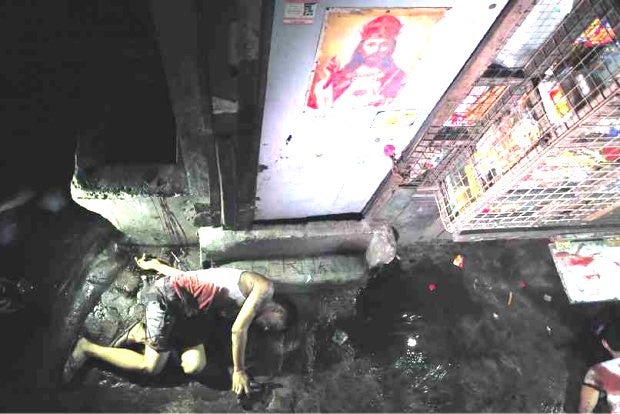 On September 8th, the Feast of the Nativity of the Blessed Virgin Mary, Cardinal Luis Antonio Tagle issued an official statement decrying the present state of affairs in the Philippines.

“We cannot govern the nation by killing,” Tagle said.  “We cannot foster a humane and decent Filipino culture by killing.”

Cardinal Tagle is Archbishop of Manila and president of Caritas Internationalis, a confederation of Catholic relief organizations engaged in over 200 countries and territories around the world. He is, for all intents and purposes, the premier voice of the Catholic Church in the Philippines.

The Cardinal joined fellow bishops in directing the tolling of church bells every evening across the country, in remembrance of the victims of the bloody war on drugs. Ringing church bells to remind people to pray for the dead is an ancient Filipino custom. “Now is the right time to revive it,” Tagle remarked.

Which raises the question:  Has killing become the national norm? More bluntly, if the Philippines is indeed the new “killing fields” — as Bishop Virgilio David of the Diocese of Caloocan claims — have we become a nation of killers?

Which further raises the question: Why has such a shameful and tragic set of affairs befallen “the only Catholic nation in Asia”?  (Actually one of two, counting East Timor). Why is this happening to the third largest Roman Catholic country in the world (next to Brazil and Mexico)?

Has this Christian nation misplaced its collective moral compass?

To voters who took his election promises as innocuous campaign rhetoric, it was a rude awakening to watch President Duterte resort  to state-sponsored mass killings (13,000 victims, mostly poor Filipinos, to date) to eradicate the “drug menace,” Indeed, the international community was shocked that such a brutal policy, in lieu of rehabilitation and education, was chosen as the first (an

d only) line of treatment for drug addicts. The medicine the government administered is clearly worse than the disease.

Yet, what is more puzzling–if polls are indeed objective data and not manufactured by an army of paid trolls–is why the sustained “popular support” for extrajudicial killings?

Are people convinced that the Philippine drug problem will evaporate by killing off every drug user or addict? If not, why support Duterte’s ruthless policy? The state-sponsored policy of extrajudicial killings is ethically and morally problematic. Is the nation’s conscience so anesthetized that the deaths of innocents are tolerated or accepted as “inevitable collateral damage”?

Perhaps, answers can be found in the classic work of the late Jesuit priest, Jaime C. Bulatao, an eminent professor at Ateneo de Manila University and co-founder of the Psychological Association of the Philippines. In 1966, Fr. Bulatao coined the term “split-level Christianity.”

Such type of Christianity, Bulatao wrote, “may be described as the coexistence within the same person of two or more thought-and-behavior systems which are inconsistent with each other.”  Fr. Bulatao pointed out that such psychological framework allowed a person to attend Mass on Sunday and accept a bribe on Monday.

“So it is with the split-leveled person,” Bulatao explained. “At one level, he professes allegiance to ideas, attitudes and ways of behaving which are mainly borrowed from the Christian West, at another level he holds convictions which are more properly his ‘own’ ways of living and believing, which were handed down from his ancestors, which do not always find their way into an explicit philosophical system…” Bulatao elucidates further: “(the) top or surface level is the more ‘Christian’ part. It is made up of rules and beliefs picked up in school or in church. In large part it is conceptualized, or at least verbalized, usually in a foreign language like English, Spanish or Latin. Much of it is learned by rote, from the catechism or from books…The lower or deeper level is made up of the rules, beliefs, attitudes and action tendencies which are more common in the environment, which are picked up at home and in the street rather than at school. A large part of it is never verbalized, but acts as a sort of unspoken philosophy…”

Another explanation for the support of EJKs may be found in the concept, or rather in the denial of the concept, of the Jewish “tzelem Elohim,” or the Latin “imago Dei.” Man’s (or woman’s) essential image and likeness harken back to God, the Creator. “God created man in His own image, in the image of God He created him; male and female He created them.” (Genesis 1:27).

The nature of this likeness has been debated through the centuries. Rabbinic scholars favored the concept of God bestowing mankind with a special honor. Our minds make us like God, Maimonides said. The Desert Fathers, on the other hand, taught that we became God-like through Theo-gnosis (studying and knowing God) and kenosis (self-emptying or asceticism).

Irenaeus (c. 130-202) of Lyons was more generous, arguing that when Jesus assumed human nature, He elevated our status so that “(Christ) might bring us to be even what He is Himself.” St. Thomas Aquinas does not exactly subscribe to the concept of deification or theosis, as Eastern Orthodox theologians like St. Athanasius do, yet he comments in the Summa that although imperfect, there truly is “in man a likeness to God” and thus the rationale for our present and future participation in the life of the Triune God.

Catholic theologians, like St. Augustine, believe that man’s image and likeness were tainted by original sin but fully restored by Christ. Indeed, St. John Paul II writes that the concept of “imago Dei” clarifies “many truths of the Christian faith…the mystery of the human is made fully clear only in the light of Christ who is the perfect image of the Father…”

The aforementioned does not do justice to the multitude of commentaries on the subject. However, the concept is foundational. In other words, despite our weaknesses and imperfections – regardless of class, race, gender, mental or physical disability, economic or educational status (and may I add, despite the fact that we may or may not be addicted to drugs) – each and every human being carries within himself or herself  the image and likeness of God.

Our acceptance or denial of the idea of “imago Dei” carries serious implications. If one does not subscribe to this idea, then killing another human being is not a big deal.  Such killing can be justified by many other reasons: safety; security; peace; order; defense; etc.  But, if one recognizes another man or woman as sacred, as bearing the reality of God’s ineffable image and likeness, the taking of one’s life is inconceivable.

Duterte appears to belittle this theological concept. In fact, he has been quoted as questioning the humanity of drug addicts: “Are they humans? What is your definition of a human being?”  Such was Hitler’s condescending view of the Jews in Germany. Thus, Duterte said in a speech given in Davao in September 2016 that he would be “happy to slaughter” 3 million drug addicts.

Do the supporters of Duterte also subscribe to the view that their fellow human beings do not carry the image and likeness of God? If they do, I am no longer puzzled at their avid support of the drug war and extrajudicial killings.