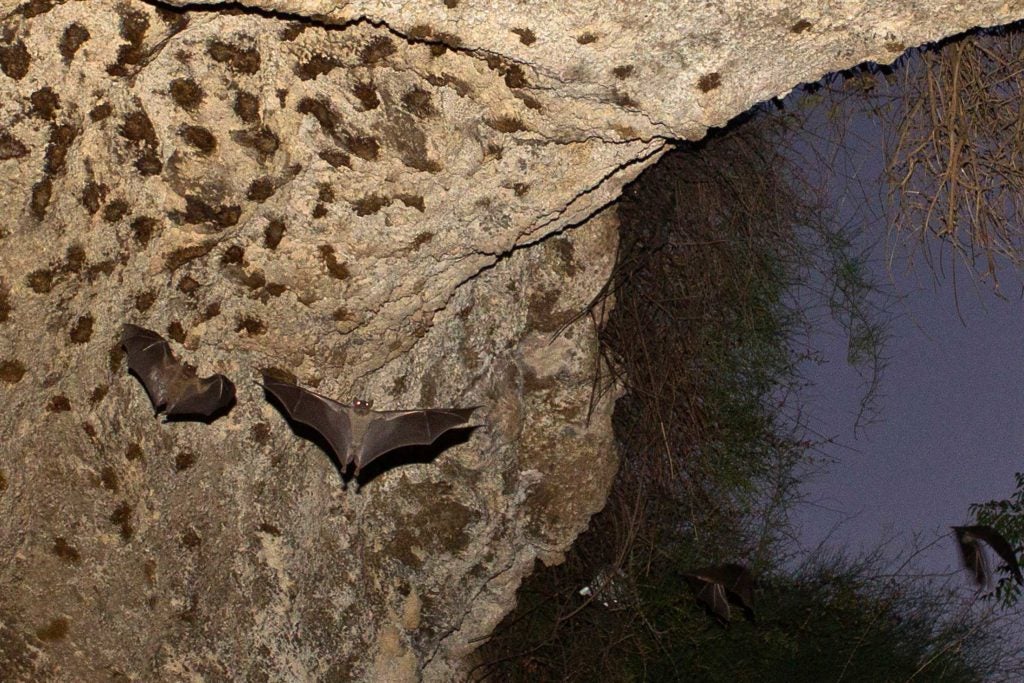 Bats fly in a cave in Herzliya, near Tel Aviv July 31, 2012.REUTERS/Nir Elias

A joint WHO-China study on the origins of COVID-19 says that the virus was probably transmitted from bats to humans through another animal, and that a lab leak was “extremely unlikely” as a cause, the Associated Press reported on Monday.

The reported findings match what WHO officials have said in the past about their conclusions following a Jan-Feb visit to China.

Many questions remain unanswered, and the team proposed further research in every area except the lab leak hypothesis, the Associated Press reported, citing a draft copy it had obtained.

WHO director-general Tedros Adhanom Ghebreysus acknowledged receipt of the report from the independent experts but declined to give details, telling a Geneva news briefing: “All hypotheses are on the table and warrant complete and further studies.”

The 400-page report, drawn up by the team which carried out a mission to the central Chinese city of Wuhan where the virus was first encountered in late 2019, is to be issued on Tuesday after diplomats from WHO’s 194 member states are briefed on its findings, Tedros said.

The United States expects the WHO-led investigation to require further study of the SARS-CoV-2 virus, perhaps including a return visit to China, a senior U.S. official told reporters last week. He hoped it would be “based on science”.

The probe was plagued by delays, concern over access and bickering between Beijing and Washington, which under former U.S. President Donald Trump’s administration accused China of hiding the extent of the initial outbreak.