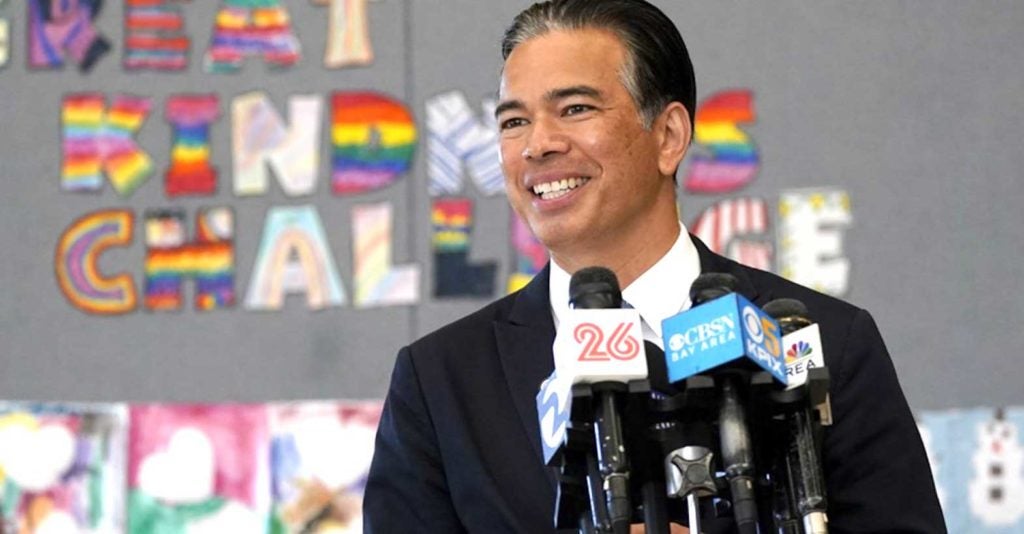 Bonta will fill the seat vacated by Xavier Becerra, who recently became President Biden’s Secretary of the U.S. Department of Health and Human Services.

The nomination is subject to confirmation by the California State Assembly and Senate within 90 days.

“Rob represents what makes California great – our desire to take on righteous fights and reverse systematic injustices,” said Governor Newsom. “Growing up with parents steeped in social justice movements, Rob has become a national leader in the fight to repair our justice system and defend the rights of every Californian.

Newsom said further: And most importantly, at this moment when so many communities are under attack for who they are and who they love, Rob has fought to strengthen hate crime laws and protect our communities from the forces of hate. He will be a phenomenal Attorney General, and I can’t wait to see him get to work.”

Bonta was elected to the California State Assembly’s 18th District in 2012, where he represents the cities of Oakland, Alameda and San Leandro. He became the first Filipino American state legislator in California’s then 160-plus-year history.

Bonta thanked Newsom saying, “I became a lawyer because I saw the law as the best way to make a positive difference for the most people. He vowed to “work tirelessly every day to ensure that every Californian who has been wronged can find justice and that every person is treated fairly under the law.”

Governor Newsom made the announcement at the historic International Hotel in San Francisco, a site where Asian and Pacific Islander Californians famously rallied in 1977 to save homes of elderly residents and preserve their community.

The protests helped fuel a rise in AAPI political activism. Bonta’s mother, Cynthia, who helped organize the protest at the International Hotel, was present at the press event to witness the Governor making his selection.

Bonta grew up the son of activists. His mother, Cynthia, a proud Filipina, immigrated to California in the 1960s by a three-week boat ride. She became a leader of the Sacramento chapter of the Union of Democratic Filipinos (KDP), a national group that opposed the Marcos dictatorship in the Philippines and racism in the U.S.

His father, Warren, who grew up in Ventura County, was committed to service and social justice from a young age. As a student, Warren joined Martin Luther King Jr.’s civil rights organizing in Alabama to pass the Voting Rights Act.

Bonta was born in the Philippines where his parents were working as missionaries, training young people to serve the needs of rural Philippine villages through service, community organizing and ministry.

Shortly after leaving the Philippines, the Bontas moved to a trailer in La Paz, in the Tehachapi Mountains outside Bakersfield and served in the headquarters for the United Farm Workers movement.

Bonta’s parents worked alongside Cesar Chavez, Dolores Huerta and Philip Veracruz, organizing Latino and Filipino farmworkers for racial, economic and civil rights. His dad worked in the front office and helped set up health clinics for the farmworkers, while his mother worked at the daycare, Casa de Nana, to support farmworker organizer families. Bonta’s godfather, Jose Gomez, was the Executive Assistant to Cesar Chavez.

In La Paz, surrounded by other UFW families, Bonta’s parents gave him his first lessons in right and wrong and taught him that everyone had an obligation to speak out when another person is treated unfairly.

Growing up, Bonta had been inspired by characters like Atticus Finch in “To Kill A Mockingbird” who pursued justice through the law. He went to Yale Law School where he also met his wife, Mia, whom he calls “his partner in life and in service.” They have three children.

After law school, Bonta moved back to California and went into private practice, working pro-bono to protect Californians from exploitation and racial profiling. A few years later, he switched to public service, serving nine years as a Deputy City Attorney in the San Francisco City Attorney’s Office, representing the city and its employees, before running for local office in Alameda County.

In 2012, Bonta became the first Filipino American in California history to win election to the Legislature, representing Assembly District 18 in the cities of Oakland, Alameda and San Leandro.