Another Fil-Am hurt in hate attack in San Francisco

Another Fil-Am hurt in hate attack in San Francisco 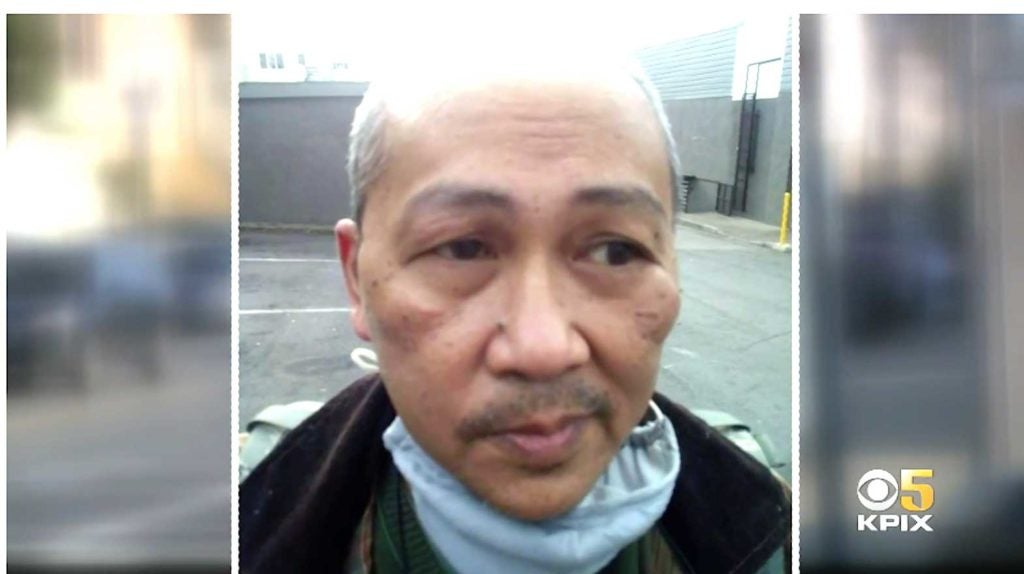 SAN FRANCISCO— A longtime San Francisco resident and US Army veteran said he was attacked while shopping for groceries in this city.

Ron Tuason, 56, said a man yelled racial insults, and then punched him several times, knocking him to the ground on March 13 around 4 p.m. at Ocean and Plymouth Avenues, KPIX 5 reported.

Tuason, who uses a cane, had been carrying his groceries and waiting at the bus stop.

“When he noticed me, he got aggressive and charged across the street, ‘Go back where you came from, you caused this problem’, referring to COVID, and do you want to get hurt? You’re not a veteran, I’m a veteran,’” Tuason told KPIX 5

Tuasonsaid he tried to take video with his cell phone, but the suspect knocked it out of his hand.

“I had one arm out, my left arm, but he sidestepped that and came in from the outside, and he waylaid me, and he laid me out right here and it was very swollen,” said Tuason. “There was a chain link fence and I hit the steel post, and I was followed up with two lefts and a knee.”

Tuason said he is a proud veteran, who was a combat engineer in Louisiana and Germany in the 1980s.

“Because of the color of my skin, and because I like to wear a hat that says I served – that people who are minorities who are often neglected, overlooked invisible – we served,” he added.

SFPD officers arrested 53-year-old Victor Brown for assault, battery with the hate crime enhancement, resisting arrest and possession of narcotic paraphernalia. Brown had three outstanding warrants prior to this arrest, including for battery of a bus driver in Santa Clara County and battery in the city of San Jose.