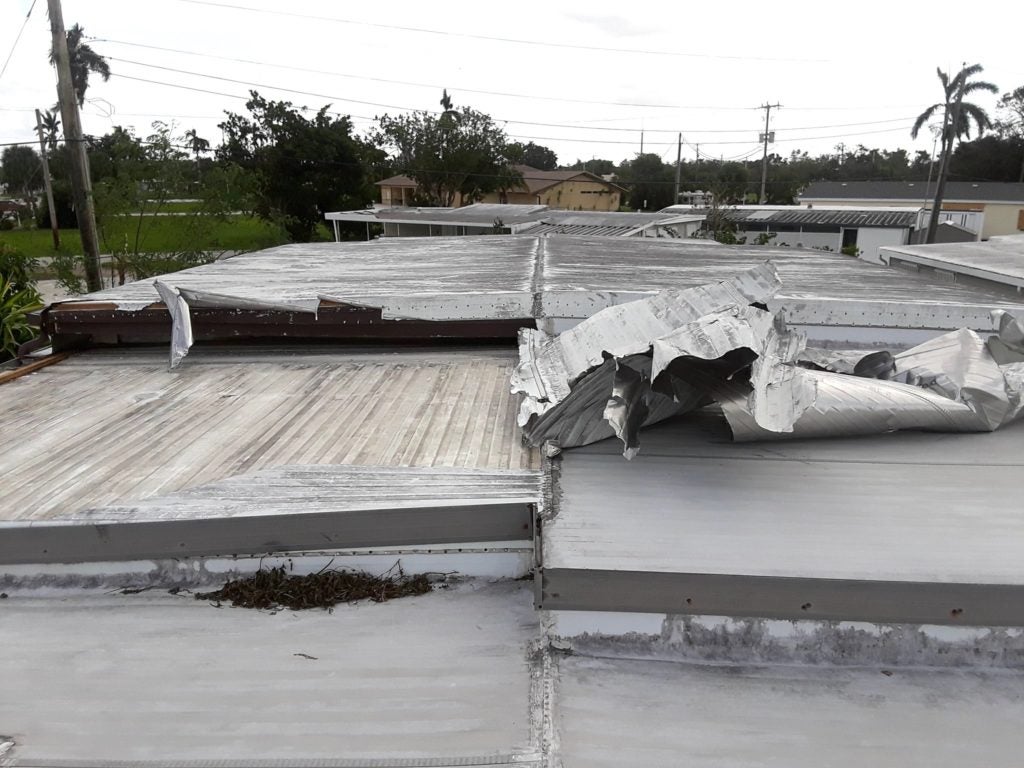 When Irma hit Florida, Marion Faldas, 57, did what he always does. He kept open the doors at the Nanay Center in North Miami, just in case some people needed shelter.

The senior center, wasn’t a designated shelter, but those who rely on it daily just wanted to stay there when Irma hit–even if they were just outside of a mandatory evacuation zone.

Twenty people showed up, of all ages, including a 93-year-old.

“Some folks just wanted to be there with people they knew to ride out the storm,” Faldas told me by phone. “There’s a comfort level.”

Faldas said most people were housed on the second floor, in the event of flooding. But as the storm shifted away from the east coast of Florida, and toward the western coast on the gulf side, Faldas said the only thing noticeable was the howl of Irma.

Irma caused so many downed power lines, that nearly 6 million were without power in the hot and humid state, including the Nanay Center.

Faldas transported the residents back to their homes on Monday.

For the most part there was no problems, except for one senior who sustained roof damage to their trailer.

“This was the worst I’ve experienced,” said Faldas, who immigrated from South Cotabato City on Mindanao in 1989, and is in South Florida, with practically his whole family, from parents, grandparents, cousins and siblings.

He’s a model of American immigration from the Philippines.

He even declared Irma as about the same as the typhoon that hit Tacloban even though technically the winds of Irma did not top Haiyan/Yolanda’s 196 miles per hour.

“I would say almost the same as what happened with Yolanda,” Faldas said. “But in the U.S. we have a good monitoring process, so we were ready days before it happened.”

No matter how well prepared people were for Irma, the hurricane did its best to confound tracking, beginning with a strike at the tip of the Florida Keys, zig-zagging the state and then causing massive flooding in Jacksonville at the top of the state. Nanay Center head Joyce Bruce sustained minor damage to her home when the winds cracked the wall and allowed water to seep into her fourth floor condo in Ft. Lauderdale. CONTRIBUTED

It didn’t even matter whether you were in an evacuation zone or not.

Fiiipino American Joy Bruce, head of the Nanay Center stayed in her condo in nearby Fort Lauderdale, while Faldas made sure the shelter was operating.

As it turned out, she wasn’t safe from Irma’s fury.

“The wind was so strong it cracked the wall and water seeped in, and on to the floors,”  Bruce said Monday, while she and the whole state cleaned up after Irma.

She was sopping up the water when I talked to her, though the floors were already warped and damaged.

Bruce lived through Hurricane Andrew in 1992 when she resided in Kendall, one of the hardest hit areas during that disaster.  “We were pushing the door just to keep the wind from coming in,” she said as she recalled Andrew, realizing that Irma was different for her. “We prepared ourselves but thank God, it wasn’t as bad as we thought it would be. “

She said she learned a lesson from Andrew. When forecasters picked Miami as the hardest to be hit, she let friends come stay with her in Kendall. But then the Andrew shifted and Kendall was demolished.

It may be days before we discover all the damage from Irma, but it has kept us in the moment.

Hurricane Harvey and Texas? So yesterday.

Even the historic moment of 9-11, the 2001 terrorist attack that blasted through the World Trade Center was put in perspective.

It was memorialized and noted in ceremony today, but the country’s latest open wound from this current natural disaster seemed too raw to wax nostalgic.

There’s work to be done. And that remains the spirit that continues to define the country.

Effects of climate change and infrastructure needs are subject to political debate.

As for American resiliency, resourcefulness and ability to rebound from disaster, there is still no debate.

Emil Guillermo is a journalist and commentator. Reach him at http://www.twitter.com/emilamok