China‘s Coast Guard Law is a threat of war

China‘s Coast Guard Law is a threat of war 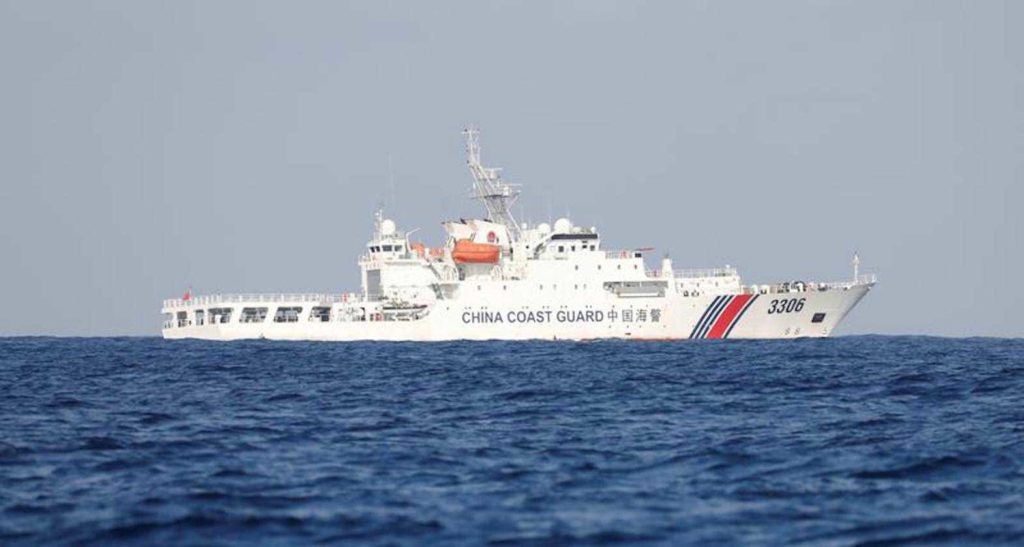 The Standing Committee of China’s of the National People’s Congress, the country’s highest legislative body, passed the “Law of Coast Guard” on January 22, which was enforced on February 1, 2021.[1]  While China had been commenting on the draft law since late 2020, it was announced just two days after Trump stepped down from the presidency and Biden took office. The approval for the Coast Guard Law at this time addresses the following issues:

• China wants to take advantage of the opportunity. When Mr. Trump was still in the presidency, China would not be foolish to “anger” Mr. Trump who has been known for making  very sudden and unpredictable decisions. For President Biden, it is difficult to pay attention to foreign policy without stabilizing domestic issues such as the COVID-19 pandemic, the economic crisis and post-Trump political problems. This is an opportunity for China to take advantage without fear of a response from its biggest rival.

• the law can also be seen as a “deterrent” to countries that have maritime disputes with China — Japan in the East China Sea and with many Southeast Asian countries in the South China Sea.

•  the law seeks to “probe” the U.S. response under the new administration, to see the extent of U.S. concern over the South China Sea.

Threats from the Chinese Coast Guard

China’s Coast Guard Law creates a lot of concern for the world. Article 22 of this law empowers the Chinese Coast Guard to use weapons when national sovereignty, sovereignrights, and jurisdiction are infringed upon by foreign organizations or individuals. However, the relevant provisions of this Law do not specify which areas are under “Chinese jurisdiction.”

Beijing claims jurisdiction over three million square kilometers of marine space,[2]commonly referred to as China’s “blue national territory.”[3] This area includes Bohai Bay; a large part of the Yellow Sea; the East China Sea as far as the eastern waters of the Okinawa Trough, including the waters around the disputed Senkaku / Diaoyu Islands; and all waters in the “Nine- dash line” in the South China Sea.[4]

Article 1 of the China’s Coast Guard Law provides that its enactment is aimed at “protecting national sovereignty, national security and maritime entitlements.” However, since 2009, Beijing has pushed its so-called “Nine-dash line” claim in the South China Sea. The 2016 Arbitral Tribunal’s ruling in the Philippines vs. China affirms that China’s claim to “historic rights” within “Nine-dash line” is illegal. Accordingly, any measure to enforce Chinese law in an area with China’s illegal claims such as the “nine-dash line” would also be illegal.

A violation of international law

The Saiga Case in the International Tribunal for the Law of the Sea (ITLOS)  in 1999 also made clear: (i) the use of force must be avoided as far as possible; (ii) where force is unavoidable, it must not go beyond what is reasonable and necessary, and (iii ) the use of a weapon should not endanger human life.[6]

Many countries have opposed China’s Coast Guard Law. The Philippines filed a diplomatic protest, describing the law as “threat of war.”[7]

The U.S. State Department spokesperson Ned Price told reporters that “the United States joins the Philippines, Vietnam, Indonesia, Japan, and other countries in expressing concern with China’s recently enacted Coast Guard Law, which may escalate the tension of  the ongoing territorial and maritime disputes.”[8]

Applying this law in the field would be bad foreign policy for China. Beijing will alienate neighboring countries, further pushing  them closer toward China’s main rivals, the U.S. and Japan.

This move by China increasingly undermines the confidence of the concerned countries and makes it more difficult to reach agreement in the Code of Conduct (COC) negotiation between ASEAN and China.

Philippine Foreign Minister Teodoro Locsin Jr. said China’s move “is a verbal threat of war to any country that defies the law.”[9]

In this context, there is a need for strong responses to China’s Coast Guard Law from the claimant states in the South China Sea and other countries.

They should strongly protest through a note to Beijing, asserting that China’s laws pose many illegal threats and risk escalating tensions in the disputed area. They can call on China to amend or terminate the use of this law. All claimant states and countries concerned with peace and stability of the South China Sea need to make appeals to China. Countries should also ask China to give an exact definition of “waters under China’s jurisdiction.”

If Beijing allowed Chinese Coast Guard ships infringe on the waters under the sovereignty, sovereign rights and jurisdiction of ASEAN countries, these countries could use legal measures to initiate a lawsuit at the Arbitral Tribunal under Annex VII UNCLOS to clearly assert where is the Chinese Coast Guard rights according to international law.