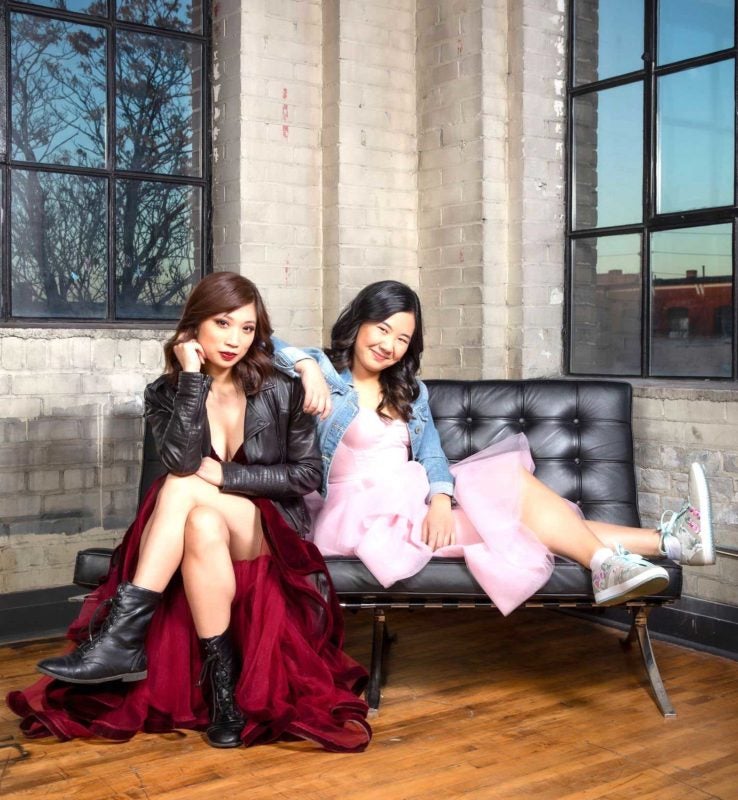 Amanda Joy remembers being on stage in front of an audience during a live pitch contest several years ago.

She and her friend had an idea for a show centered around people of color that they wanted to bring to life. But they were told that nobody would want to watch it.

As they walked off stage and back to their seats, people of color in the audience expressed support for their idea and interest in watching their show.

“People were waving at us and catching our attention and telling us, ‘I want to see characters like that,’” Joy said. “What had been a very traumatizing experience turned into a very empowering experience.”

It wasn’t long after that when the show Joy and her friend Samantha Wan conceptualized was green lit.

That show, a sitcom titled “Second Jen,” premiered in 2016. It came two years after Joy and Wan first met on the set of the 2014 film “Devil’s Mile” where they talked about how they felt they didn’t have the same opportunities as other actors because of their ethnicity, Joy said. In 2019, it was nominated for Best Comedy at the Canadian Screen Awards.

“We felt like that particular experience is one that’s quite unique: having parents who grew up with a completely different culture than you did, but still bringing elements of that culture into your life,” Joy said. “So you’re sort of always in between mainstream Canadian culture and your parents culture. You’re never quite fitting in into either one, and we wanted to celebrate that.”

Despite being a sitcom, the show has touched on more serious topics including sexism in the workplace and the delicate elements of being in an interracial relationship, Joy said.

The show, airing on OMNI TV in Canada, is wrapping up its third season (each season so far has six episodes), which has addressed topics including female empowerment, corporate diversity initiatives, intimacy in relationships and family therapy.

One of the topics covered in the first episode of the season was racism – something Joy said she and Wan have experienced and seen, particularly in more recent times.

“It was important for us to acknowledge it, and to not pretend like it doesn’t happen,” Joy said. “We didn’t want our series to be about race. But at the same time, we didn’t want to ignore that our race and ethnicity – how people see us – affects us.”

One of the most meaningful episodes in the show for Joy was the sixth in season three, titled “Balikbayan.” In it, her character’s family visits from the Philippines.

In writing this particular episode, she incorporated elements of her own family, her own experiences, and experiences of other first and second generation Filipinos. One aspect of the Filipino diaspora that has struck her most is the distance between family members who remain in the Philippines and those who work overseas. She noted that she’s seen parents have to watch their children grow up on video.

“I felt like that was that was something that I wanted to bring out in the story, that this is a family that’s close and loves each other and that has this shared past, but at the same time is separated by so much distance,” she said.

Joy said she hopes “Second Jen” will make viewers laugh. She noted that the third season features guest appearances from prominent Asian Canadian actors, including Andrew Phung, who plays the role of Kimchee in “Kim’s Convenience.”

She added that she hopes it gives Asians a show they can relate to and make them feel like their experiences are seen.

“For people who may be a little further from our experience, I hope they can see the world from a different perspective and enjoy a little window into the lives of these women whose experiences are different from theirs,” she said. “And I want to put more Filipinos on screen.”