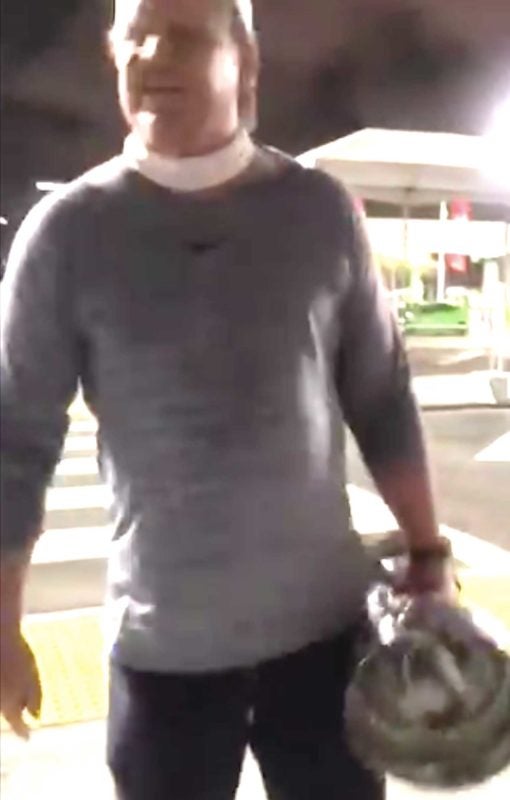 A man identified as Kyle Harrington was banned by Uber for allegedly hurling racist insults at a Filipino driver. TWITTER

A white passenger who hurled racist insults at a Filipino driver at Los Angeles International Airport on Tuesday, March 9 has been banned by Uber, according to a company spokesman.

“We are shocked and saddened by the recent increase in anti-Asian hate, particularly when it affects a driver or rider,” the Uber spokesperson said.

Raph David, the Filipino Uber driver, picked up Kyle Harrington and his two sons on Tuesday night. When David told Harrington he could not sit in the front passenger seat, which is currently prohibited per Uber’s Covid-19 safety policy, the latter became angry.

Harrington reportedly slammed the door and started yelling at David.

“And he said, ‘Asian piece of s—, you might not even have a paper here in America. Go back to your country,’” David told NBC News.

In the video, Harrington can be heard responding multiple times to Hwang with, “Let me guess, you’re not married.”

A police officer arrived at the scene but no names were taken and no report was filed. Harrington did not respond to requests for comment by NBC.

Initially Uber told David they would prevent him from being matched again with Harrington in the future, but the latter would not be banned.

“Uber does not tolerate racism or hate in any form, against any community. When one community is being attacked, we are all being attacked. We are shocked and saddened by the recent increase in anti-Asian hate, particularly when it affects a driver or rider,” the Uber spokesperson said.

“In this case, we have banned the riders for violating our policies and have been in touch with Mr. David to support him after this upsetting incident.”

David told NBC News his experience has left him traumatized and scared for future encounters. “I still feel scared right now, you know, because of what happened the other day. I hope this doesn’t happen

He’s thankful for Hwang’s intervention when no other bystander did. Hwang hopes her actions inspire others to speak up, too.

“It just disappoints me that no one really, no one came to help,” she said tearfully. “If I can do it, there shouldn’t be any type of hesitation for anybody else. So my expectation is for all of us to be better. I’m very hopeful for that.”