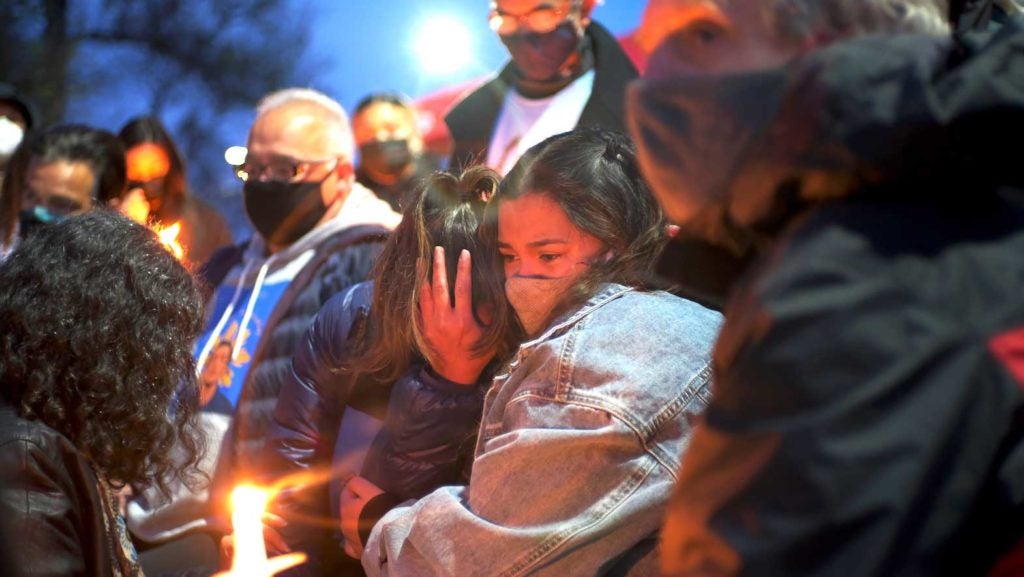 Bella Collins holds her mother Cassandra Quinto-Collins as they cry while an audio message from relatives are played during the vigil. INQUIRER/Miguel Carreon

ANTIOCH, California – Antioch Mayor Lamar Thorpe apologized and promised full transparency and police reforms during a candlelight vigil on Wednesday, March11, as the community and the Quinto family mourned the death of Angelo Quinto at the hands of Antioch police officers.

“In the next two months, this city will have transparency. We will have body cameras, we’ll have dash cams, and we’re not finished. We are gonna have a mental health crisis response team in this city,” stated Thorpe.

He also promised to launch independent investigations, and an independent oversight committee “to ensure accountability in this city for the first time. So I’m here to tell everybody, change has come to Antioch.”

Just this past week, the Antioch City Council voted unanimously to adopt body and dashboard cameras for the Antioch Police Department. 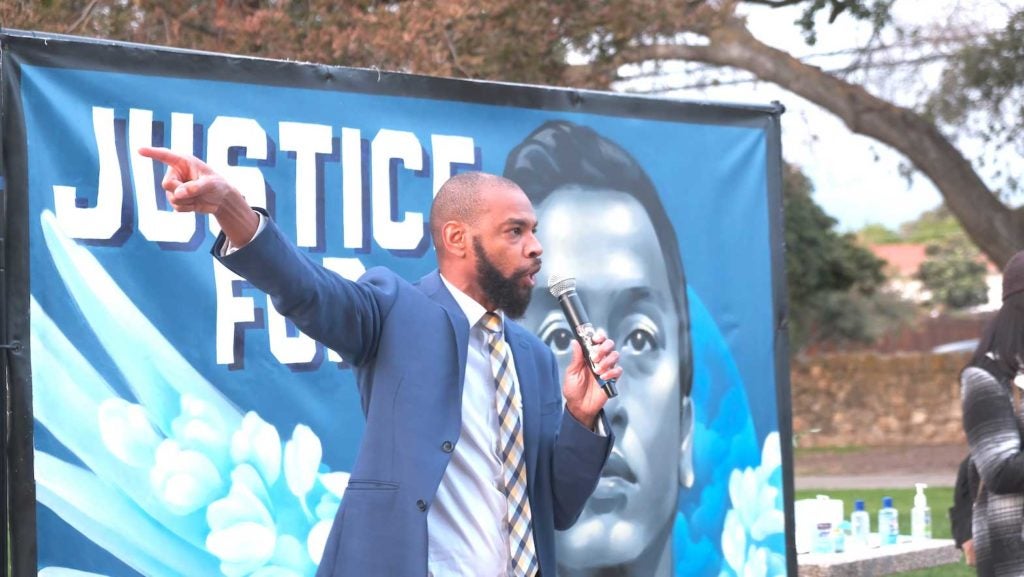 Officers from the Antioch Police Department were called to the Quinto family home on the night of December 23 last year to assist in a mental health crisis. What happened that night was far from the help requested by the family.

Angelo Quinto, a 30-year-old Fil-Am and U.S. Navy veteran, was detained and rendered unconscious after an officer kneeled on his neck for what family members claim were more than four minutes. Blood reportedly poured out of his mouth after he exclaimed and begged officers, “Please don’t kill me.”

Angelo never woke up. Three days later, he was pronounced dead at a nearby hospital.

The Quinto family filed a lawsuit against the city of Antioch over the death of Angelo in February. They are currently being represented by civil rights attorney John Burris.

“He wasn’t trying to hurt anybody. He essentially was trying to tell his parents, his mom, ‘Don’t leave me. Don’t leave me alone,’ and they (Angelo’s mom) had calmed him down and they (Antioch police) escalated a situation with a use of force which was unwarranted and certainly unjustified. A young man is dead who should not be dead,” said Burris

The vigil took place on what would have been Angelo Quinto’s 31st birthday. Instead of a party, his family, along with supporters and community members, held a simultaneous celebration of Angelo’s life and a mourning of his tragic death.

“Today, Kuya (older brother) would turn 31 and we would’ve played games and sung karaoke and I should have told him he was getting really old and then next year when he’d turn 32, we’d just do it all over again, but that’s not within the current scope of our reality,” said Bella Collins, Quinto’s sister.

“I would give anything for a do-over, to avoid the tragedy in some way. But I can’t take all that back. What I can do is remember him, honor his life and contributions. Thank you for helping us celebrate Angelo’s life,” stated Robert Collins, Quinto’s stepfather.

Organizers of the vigil included San Francisco State University professor Allyson Tintiangco-Cubales along with other members of the Justice for Angelo Quinto Coalition.  A vigil organized by relatives of the Quinto family in Southern California also took place on the same day, along with an online livestream of the event. 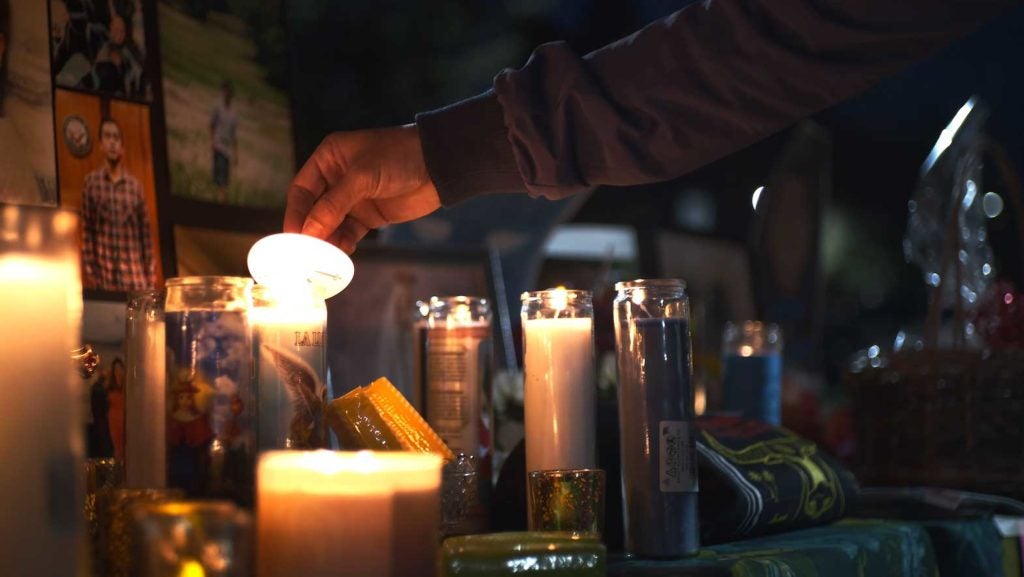 Mourners  lights candles on the altar set up for Angelo Quinto. INQUIRER/Miguel Carrion

Tragic deaths of civilians like Quinto at the hands of police officers are not new with the Antioch Police Department. Last year, APD agreed to pay $475,000 to the family of Rakeem Rucks. Rucks died of a heart attack as officers tried to place him in a restraining device.

In 2016, Wendell Celestine Jr. died of asphyxia due to an APD officer placing him in a carotid hold. (A carotid hold is a type of chokehold which blocks blood flow from the carotid artery, found in the neck, to the brain.)

What happened in the Quinto family’s home on December 23 is an occurrence far too often repeated in the United States.

Angelo Quinto is the latest in a long list of many other people that died at the hands of police officers such as Eric Garner, Sean Monterrosa, Breonna Taylor, George Floyd, and unfortunately many more.

Critics of the police say such tragedies are the result of impunity and a dangerous law enforcement culture in this country, where institutional violence against the people who have trusted the police to protect them has been swept under the rug and kept law enforcers largely free from accountability.