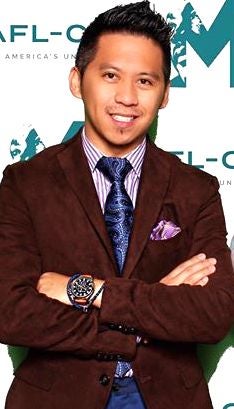 WASHINGTON, DC – The National Federation of Filipino American Associations (NaFFAA) vowed to continue its advocacy for recipients of the Deferred Action for Childhood Arrivals (DACA) program, which  Attorney General Jeff Sessions announced Tuesday the Trump Administration is ending with a 6-month delay.

Created under the Obama Administration in 2012, DACA has allowed more than 5,000 young Filipinos — along with 800,000 other individuals — to receive work permits and to be protected from deportation.  NaFFAA issued the following statements:

“The security and opportunity afforded to DACA recipients is a true representation of the American Dream,” said NaFFAA National Chairman Brendan Flores. “Eliminating DACA protections unjustly rips away the ladder of opportunity for hard-working people, divides families, and pushes immigrant communities back into the shadows. NaFFAA stands in solidarity with diverse community organizations fighting for the nearly 800,000 young individuals – including nearly 5,000 Filipinos – who have benefited from DACA so that they can reach their full potential.”

NaFFAA Executive Director Jason Tengco added, “Today’s decision to rescind DACA is a major setback to the 800,000 young individuals who have benefited from the program’s protections. DACA recipients are American in every sense of the way, except for their paperwork, and we should allow them to thrive and build lives here in the United States. Now is the time to take our fight to Capitol Hill, and NaFFAA renews its call for Congress to pass the DREAM Act and comprehensive immigration reform that unites families, rather than divides them.”