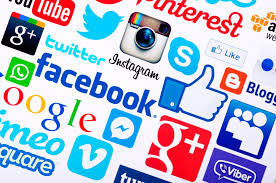 NEW YORK — With the announcement Tuesday morning of the Trump administration’s intention to phase out DACA, a program that had protected nearly 800,000 young undocumented immigrants brought to the US as children from deportation, social media exploded.

According to Talkwalker (www.talkwalker.com), a social data intelligence company, in the hour following the announcement by Attorney General Jeff Sessions (12 noon to 1 p.m. EDT), more than 487,000 social posts mentioned DACA, according to international social media analytics firm Talkwalker.  Over the period between midnight and 1:30 p.m., more than 1.3 million posts mentioned DACA.

Among the top social posts was this Tweet from former Mexican President Vicente Fox Quesada. https://twitter.com/VicenteFoxQue/status/905087316913479681

Journalist Ana Navarro expressed strong criticism in her Tweet which was also among the top trending social posts.  https://twitter.com/ananavarro/status/905088992265342976

The hashtag #DeportMelania has started to trend with more than 3,300 mentions in that same time period.

As protests and walkouts began taking place around the country, social media was on top of it.  This Tweet from WKGN in Denver showed students in Denver schools walking out of classes. The post was reTweeted more than 8,000 times and received more than 16,000 likes in less than an hour. https://twitter.com/channel2kwgn/status/905095011188002816