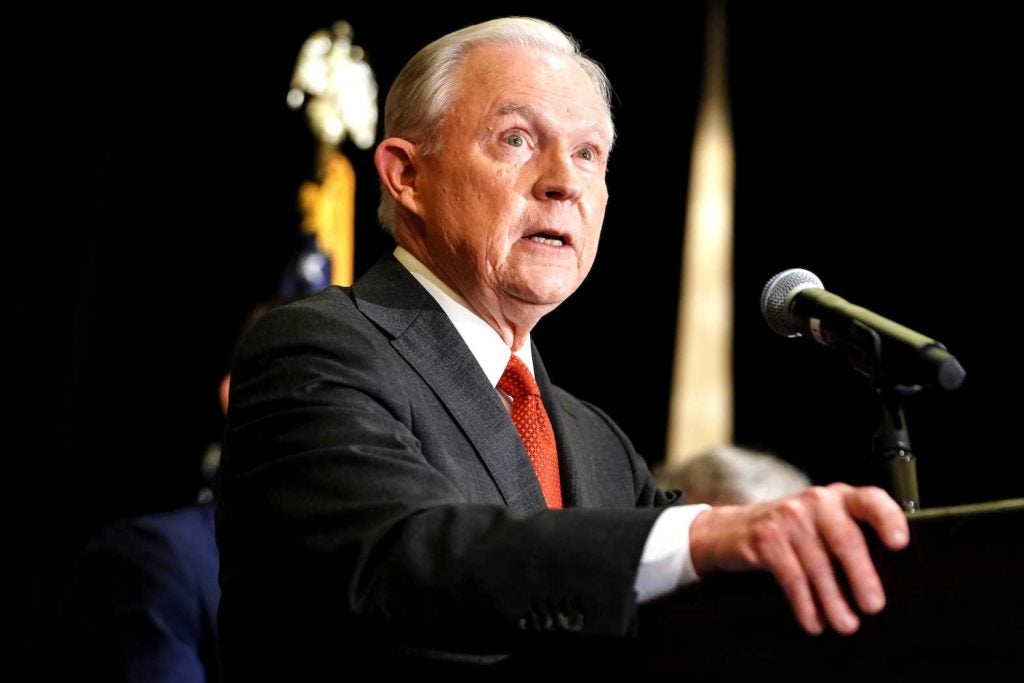 WASHINGTON – Jeff Sessions, the top official behind former President Donald Trump’s “zero-tolerance” border strategy, says it was “unfortunate” that migrant children and parents were not reunited quickly after being split apart at the U.S.-Mexico border.

Thousands of children were separated from their parents at the border under the 2018 Trump policy, which charged parents with federal immigration offenses and sent them to jails, while children were labeled “unaccompanied” and placed in shelters.

In a phone interview on Tuesday, Sessions defended the prosecutions, saying a person traveling with a child “shouldn’t be given immunity.” He expressed regret, however, that the Trump administration could not quickly reunite the parents and children afterward.

“It was unfortunate, very unfortunate, that somehow the government was not able to manage those children in a way that they could be reunited properly,” Sessions said. “It turned out to be more of a problem than I think any of us imagined it would be.”

Launched in April 2018, Trump’s “zero-tolerance” policy provoked widespread criticism, leading the Republican president to effectively reverse it months later. President Joe Biden, a Democrat who took office on Jan. 20, created a task force in February to reunite families still separated by the policy, calling it a “stain” on the reputation of the United States.

Efforts are still ongoing in court to locate the parents of more than 500 separated children.

Trump publicly criticized Sessions during his time as attorney general for recusing himself from overseeing a probe into Russian interference in the 2016 election. Still, Sessions aggressively implemented Trump’s hardline immigration agenda before being ousted by Trump in November 2018.

A U.S. Department of Justice internal watchdog report released in January said Sessions’ office was “a driving force” in the Trump administration decision to refer families for criminal prosecution and that Sessions himself was aware it could lead to family separations.

The report said the attorney general’s office did not sufficiently coordinate with other agencies, underestimated the complexity of the policy and “demonstrated a deficient understanding of the legal requirements related to the care and custody of separated children.”