Angelo Quinto is our George Floyd

Angelo Quinto is our George Floyd 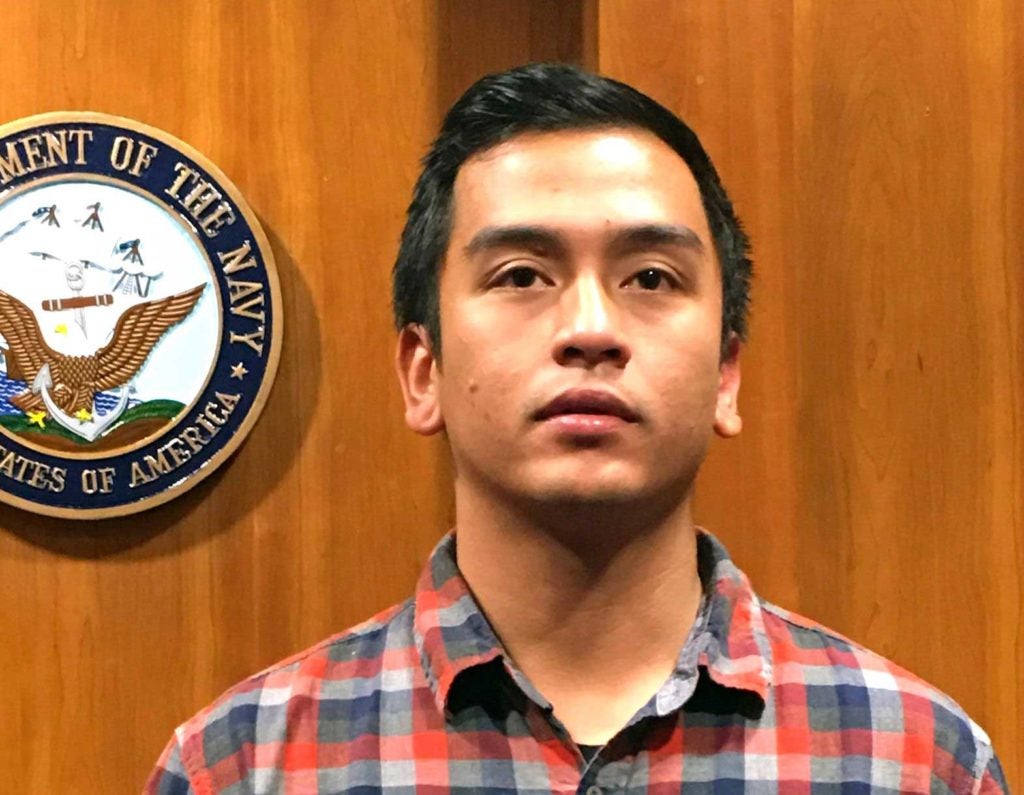 Angelo Quinto, an Asian American of Filipino descent, was handcuffed behind his back, facedown, as an officer put a knee to the back of his neck for over 5 minutes. He died. INQUIRER FILE

Filipino Americans, in general, have problems with race that prevent real open solidarity with the #BLM movement. And that’s likely to hurt when Filipino Americans look to build coalitions with others on issues like the Angelo Quinto story. That’s the opinion of Prof. Daniel Phil Gonzales of San Francisco State University who talked about Angelo Quinto on my Emil Amok’s Takeout (listen to it on amok.com or wherever you podcast).

If you don’t know who Angelo Quinto is by now, copy a link to this column right now and send to all  your friends. Everyone needs to know about Angelo Quinto.

But the full Quinto story broke around the time of the Tiger Woods accident. Everyone knows about Woods’ roll-over in Southern California that nearly killed him. Thankfully, he’ll walk again. Angelo Quinto won’t.

Woods, you see, wasn’t the only Asian American who deserved some headlines. Sure, Quinto got local coverage in the San Francisco Bay Area and mentions on a few internet outlets after what happened to him was finally released.

But his story deserved more, especially when people understand that he died the “George Floyd way.” Floyd, an African American man, was handcuffed behind his back, facedown, as an officer put a knee to the back of his neck for nearly 9 minutes. He died on May 25, 2020 in Minneapolis.

Quinto, an Asian American of Filipino descent, was handcuffed behind his back, facedown, as an officer put a knee to the back of his neck for over 5 minutes.

That’s according to his mother and sister, who saw it all play out in a San Francisco East Bay suburb last Dec. 23.

Quinto, a 30-year-old U.S. Navy veteran born in the Philippines, was at his family’s home in Antioch, California, when he experienced what has been described as a mental health episode.

Quinto’s 18-year-old sister, Bella Collins, said she called 911 for help when she saw Quinto holding their mother and feared he would hurt her. She said her brother was dishonorably discharged from the Navy in 2019 due to food allergies, but had suffered from depression.  She said that after her brother was in an altercation and hospitalized in 2020, he had moments of paranoia and anxiety.

As they all waited for help that night just days before Christmas, Quinto’s mother, Cassandra Quinto-Collins, says she hugged her son and tried to calm him down.

Then the police arrived.

Quinto-Collins described her son’s reaction when the police arrived: “[Angelo] said ‘Please don’t kill me. Please don’t kill me,’ as they were putting him on the ground. They handcuffed him and one officer put his knee on the back of his neck the whole time I was in the room.”

The family’s lawyer, local civil rights attorney John Burris, said Quinto was “snatched” from his mom. Quinto’s sister said one officer held him by the legs while another knelt on Quinto’s neck for nearly five minutes.

In a videotape released by the family’s attorney, Quinto can be seen unconscious on a bedroom floor, his face bloodied. You can see him handcuffed from behind his back as police try to assess the situation. After a minute, Quinto is carried out on a plastic sheet into a hallway. After another minute, finally an attempt is made to resuscitate him.

“Does he have a pulse, what is happening?” Quinto’s mother can be heard saying in her Filipino accent. The responders can be heard pumping Angelo Quinto’s chest in vain.

Quinto-Collins later expressed her shock. “I trusted the police because I thought they knew what they were doing, but he was actually passive and visibly not dangerous or a threat. So it was absolutely unnecessary what they did to him.”

Angelo was unconscious when taken to the hospital and died three days later on Dec. 26.

It’s remarkable how the story had been kept under wraps for nearly two months.  Not a peep from the police. Even the mayor of Antioch said he hadn’t heard about it until he saw it on social media.

It shouldn’t be that way.

We only heard about it  because the family’s legal counsel, led by Burris, announced on Feb. 18,  that a claim had been filed against the Antioch Police Department. The city now has 45 days to respond before wrongful death and civil rights lawsuits are filed on behalf of Quinto, his mother, and his sister.

How Quinto died makes this case important not just to Antioch, but to the nation.

“I refer to it as the George Floyd technique; that’s what snuffed the life out of him and that cannot be a lawful technique,” Burris said, indicating the similarities between Quinto’s death and the death of Floyd, a Black man who yelled, “I can’t breathe” as a police officer placed a knee to his neck.

“We know the young man’s dead as a consequence of police activity,” Burris said, adding that officers didn’t have to “snatch him from his mother’s person,” but rather talk to him in order to de-escalate the situation. “All they had to do is follow the rules.”

But they didn’t. And that’s why this story must be heard.

People call for de-funding the police, but that doesn’t address some underlying problems. Police need retraining, so that they can gauge a situation and be a respectful presence rather than a disruptive one that only makes things worse.

Given the range of issues officers face, from domestic violence to mental health, police need to be better problem solvers, rather than just crime-busters. Maybe someone who is a combination EMT/psychologist/cop.

Angelo Quinto’s life depended on that new model of policing, that new kind of cop. The ones that didn’t show up in Antioch the night of Dec. 23.

So let’s hope Quinto’s case gains more media attention, an important factor in the quest for justice. The family’s attorney Burris, an African American, said winning that fight will take a community to “rise up” and ask the uncomfortable questions of people in power. “Like the late great John Lewis would say, ‘Make good trouble,’” Burris said as he stood with the family in front of gift-wrapped boxes–Angelo Quinto’s unopened Christmas presents. “That’s what we intend to do.”

This isn’t just a local San Francisco Bay Area story. This is a national story that goes beyond the Filipino American community.

Of course, as Prof. Gonzales mentioned in my podcast, there is a gnawing sense that racism in our community prevents us from getting involved. His students say they recognize it among older generations. But is it true? And are we too insular, to join in coalition with others like the #BLM movement to create that “good trouble” that might bring justice to a Filipino American family.

Here’s your chance to prove what we’re about.

At the very least we need to let people know that a Filipino American has been a victim of police and has died in the manner of George Floyd, handcuffed with a policeman’s knee to the back of his neck.

Do your part. Let everyone know what happened Angelo Quinto. What’s the reaction? Did they know? Do they care? We should all care.

What happens to Angelo Quinto’s case is the true test of the value of being Filipino in America.

Emil Guillermo is a journalist and commentator, and a former host of NPR’s “All Things Considered,” in Washington, DC. See his vlog at www.amok.com