How a 10-second video clip sold for over $6 million

In October 2020, Miami-based art collector Pablo Rodriguez-Fraile spent almost $67,000 on a 10-second video artwork that he could have watched for free online. Last week, he sold it for $6.6 million.

The video by digital artist Beeple, whose real name is Mike Winkelmann, was authenticated by blockchain, which serves as a digital signature to certify who owns it and that it is the original work.

It’s a new type of digital asset – known as a non-fungible token (NFT) – that has exploded in popularity during the pandemic as enthusiasts and investors scramble to spend enormous sums of money on items that only exist online.

Blockchain technology allows the items to be publicly authenticated as one-of-a-kind, unlike traditional online objects, which can be endlessly reproduced. 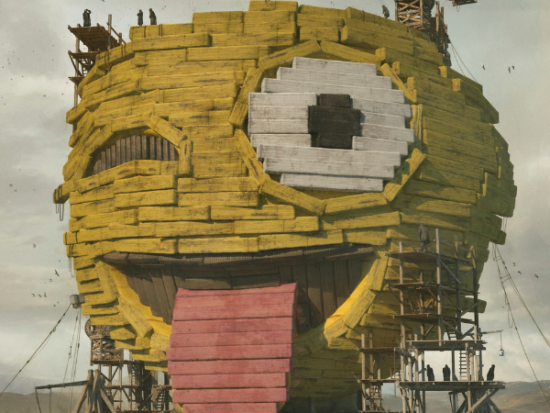 A detail shot from a collage “EVERYDAYS: THE FIRST 5000 DAYS” by a digital artist BEEPLE on auction at Christie’s, unknown location, in this undated handout obtained by Reuters. Christie’s Images LTD. 2021/BEEPLE/Handout via REUTERS

“You can go in the Louvre and take a picture of the Mona Lisa, and you can have it there, but it doesn’t have any value because it doesn’t have the provenance or the history of the work,” said Rodriguez-Fraile, who said he first bought Beeple’s piece because of his knowledge of the U.S.-based artist’s work.

“The reality here is that this is very, very valuable because of who is behind it.”

“Non-fungible” refers to items that cannot be exchanged on a like-for-like basis, as each one is unique – in contrast to “fungible” assets like dollars, stocks, or bars of gold.

Examples of NFTs range from digital artworks and sports cards to pieces of land in virtual environments or exclusive use of a cryptocurrency wallet name, akin to the scramble for domain names in the early days of the internet.

The computer-generated video sold by Rodriguez-Fraile shows what appears to be a giant Donald Trump collapsed on the ground, his body covered in slogans, in an otherwise idyllic setting.

OpenSea, a marketplace for NFTs, said it has seen monthly sales volume grow to $86.3 million so far in February, as of Friday, from $8 million in January, citing blockchain data. Monthly sales were at $1.5 million a year ago.

Investors caution, however, that while big money is flowing into NFTs, the market could represent a price bubble.

Like many new niche investment areas, there is the risk of major losses if the hype dies down. Simultaneously, there could be prime opportunities for fraudsters in a market where many participants operate under pseudonyms. 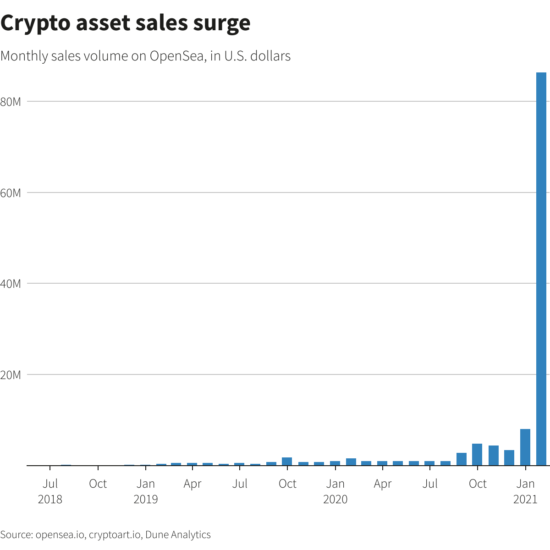 Nonetheless, auction house Christie’s has just launched its first-ever sale of digital art – a collage of 5,000 pictures, also by Beeple – which exists solely as an NFT.

Bids for the work have hit $3 million, with the sale due to close on March 11.

“We are in unknown territory. In the first 10 minutes of bidding, we had more than a hundred bids from 21 bidders, and we were at a million dollars,” said Noah Davis, a specialist in post-war and contemporary art at Christie’s.

His division has never seen an online-only sale top $1 million before, he added.

In a decision that could help push cryptocurrencies further into the mainstream, the auction house founded in 1766 will accept payment in the digital coin Ether and traditional money.

“I think that this moment was inevitable, and whenever institutions of any kind try to resist inevitability, it does not work out very well,” Davis said of accepting crypto payment. “And so the best thing you can do is embrace the terrifying.” 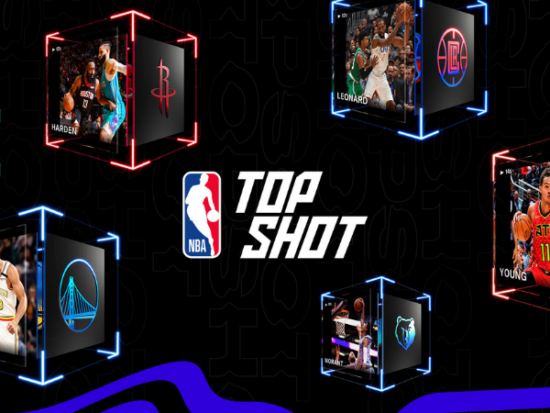 Images created for the launch of NBA Top Shot, an online platform that allows users to buy and trade videos of basketball highlights. Dapper Labs/via REUTERS

NFTs could be benefiting from the hype around cryptocurrencies and blockchain, as well as virtual reality’s potential to create online worlds. The growing interest also coincides with a surge in online retail trading during lockdowns.

The start of the rush for NFTs has been linked with the launch of the U.S. National Basketball Association’s Top Shot website, which allows users to buy and trade NFTs in the form of video highlights games.

Five months after its launch, the platform says it has over 100,000 buyers and nearly $250 million in sales. The majority of sales occur in the site’s peer-to-peer marketplace, with the NBA getting a royalty on every sale.

The volume is rapidly rising: February has seen sales totaling $198 million as of Friday, heading for a fivefold increase from January’s $44 million, Top Shot said.

Each collectible has “a unique serial number with guaranteed scarcity and protected ownership guaranteed by blockchain,” the site says. “When you own #23/49 of a legendary LeBron James dunk, you’re the only person in the world who does.”

One major NFT enthusiast, who goes by the pseudonym “Pranksy,” told Reuters he had invested $600 in an early NFT project in 2017 and has now built that up to a portfolio “worth seven figures” in NFTs and cryptocurrencies. He asked to be anonymous to protect his family’s privacy.

Pranksy said he has now spent more than $1 million on Top Shot and made about $4.7 million by reselling purchases. Reuters could not independently verify the figures, although NBA Top Shot confirmed he is among the site’s biggest buyers.

“I see them as investments really, much like any other collectibles and NFTs that currently exist,” he said in an interview conducted via Twitter. “I’d never watched a game of basketball before Top Shot launched.”

‘EMERGENCE OF THE METAVERSE’ 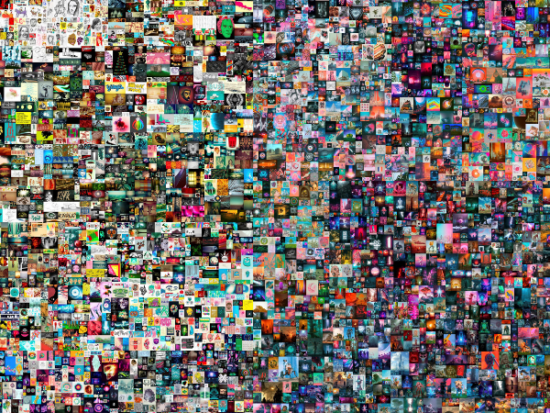 “EVERYDAYS: THE FIRST 5000 DAYS” is a collage by a digital artist BEEPLE that is on auction at Christie’s, unknown location, in this undated handout obtained by Reuters. Christie’s Images LTD. 2021/BEEPLE/Handout via REUTERS

Nate Hart, a Nashville-based NFT investor who, like Pranksy, has been involved in the market since it first developed in 2017, has seen some popular digital art NFTs such as Autoglyphs and CryptoPunk surge in value.

“We’re in awe. It just doesn’t feel real. We were in the right place, right time, got lucky, but we also took that risk,” he said.

“Space has been growing a lot. I do think that this is a little bit of a bubble. It is a bubble,” he said. “It’s hard to predict what the top will be.”

In January, Andrew Steinwold, who launched a $6 million NFT investment fund, warned that the majority of NFTs could become worthless in the future.

But, like many backers, he is confident that some items will retain their value and that NFTs represent the future of digital ownership, paving the way for a world in which people live, socialize and make money in virtual environments.

“We’re spending a lot of our time digitally, always online, always plugged in. It makes sense to now add property rights to the mix, and suddenly we have the emergence of the metaverse,” he said.

“I think it’s going to reach into the trillions of dollars one day.”