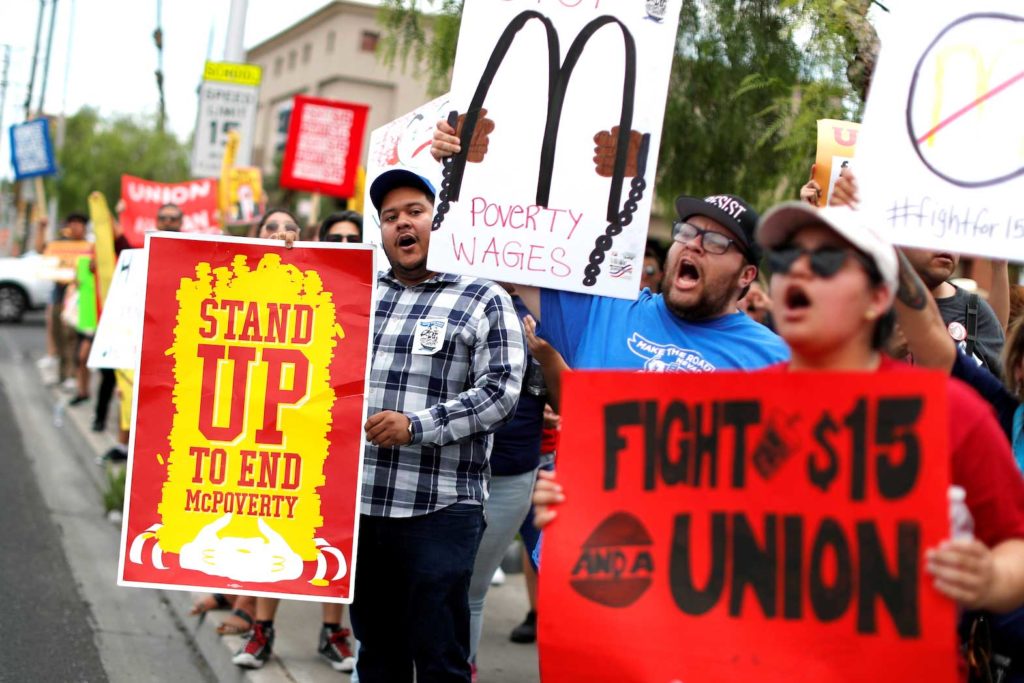 WASHINGTON – A majority of Americans support the idea of more than doubling the minimum wage to $15 per hour, a Reuters/Ipsos poll showed on Thursday as Senate Democrats await a ruling on whether they can tuck that measure into a $1.9 trillion COVID-19 relief bill.

Democrats, who narrowly control the House of Representatives and Senate, are trying to pass the progressive policy without Republican votes through a maneuver known as reconciliation, which allows them to act with just a simple 51-vote majority rather than the chamber’s normal 60-vote requirement.

The Senate’s parliamentarian on Thursday is expected to decide whether the rules will allow them to use the coronavirus spending bill to enact a sweeping wage policy.

Regardless of the ruling, the idea of raising the minimum wage to $15 by 2025 from its current $7.25 is broadly popular, a Reuters/Ipsos poll found. Some 59% of respondents said they supported the idea, with 34% opposing it.

When told that “raising the minimum wage should lift some families out of poverty, but government economists also expect it could eliminate some low income jobs, potentially making some families worse off,” 55% of respondents said they supported it.

Even if the Senate parliamentarian, Elizabeth MacDonough, rules that the minimum wage can be passed through reconciliation, it will not change the fact that the proposal faces an uphill battle in the Senate.

Democrats are not united in support with two of their number – Joe Manchin of West Virginia and Kyrsten Sinema of Arizona – against the idea.

There is broader support in the Senate to raising the minimum wage by a lesser amount, and not through reconciliation.

The Reuters/Ipsos poll was conducted online, in English, throughout the United States between Feb. 18 and Feb. 24. It gathered responses from 4,430 adults, including 2,158 who identified as Democrats and 1,482 who identified as Republicans. The poll has a credibility interval, a measure of precision, of plus or minus 3 percentage points.