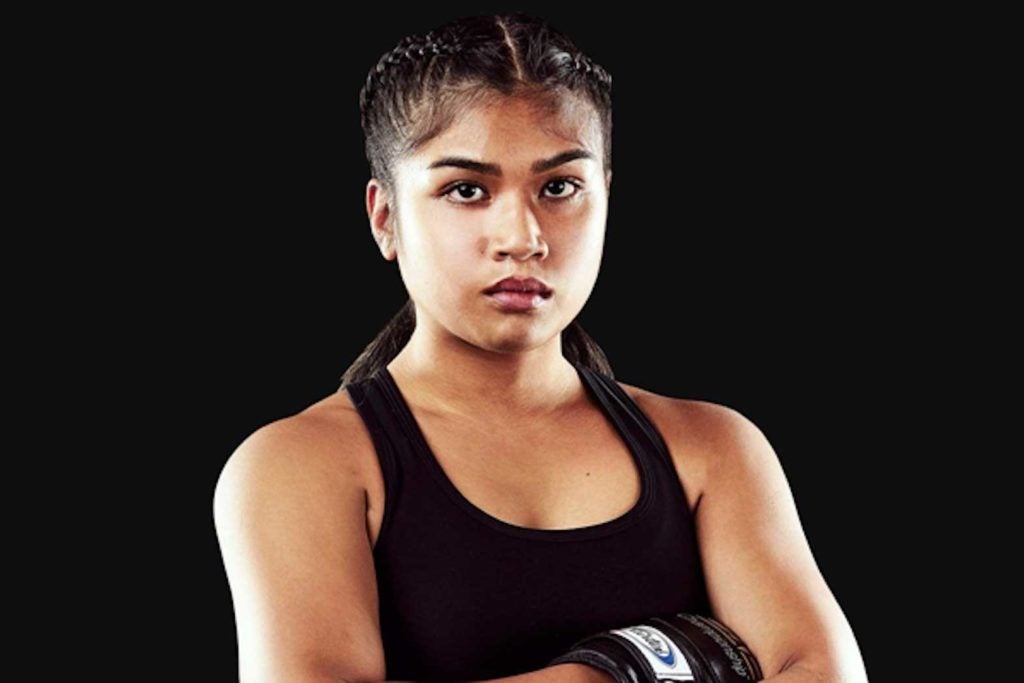 Jackie Buntan’s ONE Super Series debut will happen at “ONE: Fists of Fury” at the Singapore Indoor Stadium in Kallang, Singapore on February 26, 2021. ONE CHAMPIONSHIP

Buntan and Todd train at Boxing Works in Los Angeles under the tutelage of Bryan Popejoy.

“The end goal is, of course, to get that belt,” Buntan says the Filipino American striker. “Muay Thai is where my heart is at but I did sign up for both Muay Thai and kickboxing. That Muay Thai belt is on my radar.”.”

Buntan’s ONE Super Series debut will happen at “ONE: Fists of Fury” at the Singapore Indoor Stadium in Kallang, Singapore on February 26, 2021. She will fight Wondergirl Fairtex of Thailand.

According to Buntan, she has not asked Todd too much about fighting in ONE Super Series because they are both in a camp and training.

“She’s taught me to really just trust your training, your coaches and yourself, that we’re ready for anything and that we’ve seen it all in training,” Buntan says of Todd. “We just have to have confidence to do what we do.”