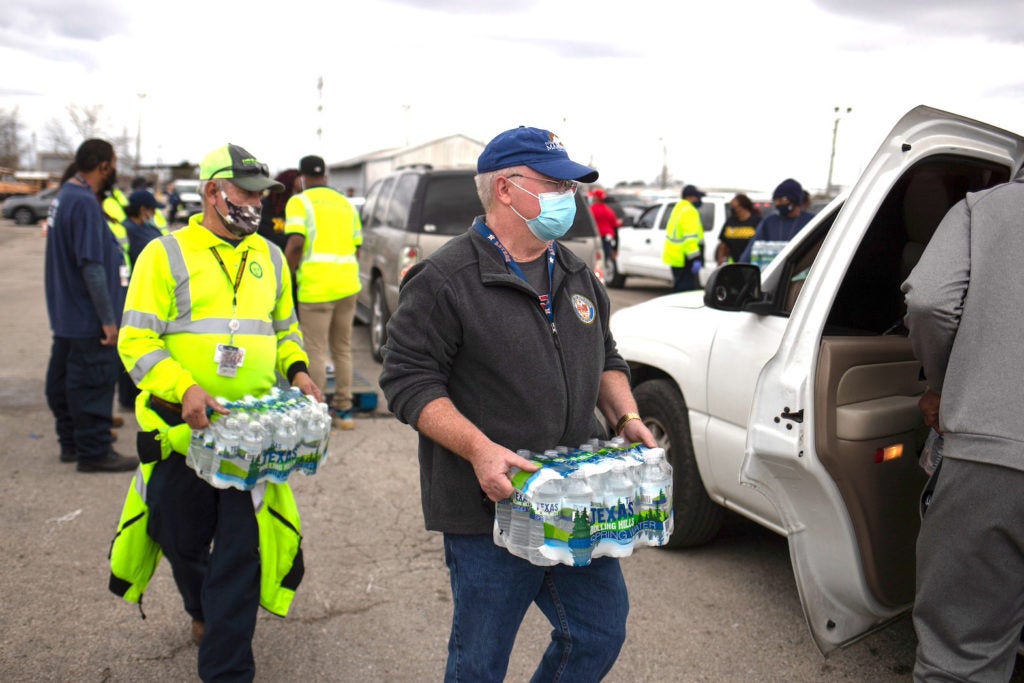 A little over 3.4 million people in Texas in 204 counties still had issues with their water supply as of Tuesday evening, compared to over 7.9 million people a day earlier, a spokesman for the Texas Commission on Environmental Quality (TCEQ) said.

A deadly winter storm caused widespread blackouts last week across Texas, a state unaccustomed to extreme cold, killing at least two dozen people and knocking out power to more than 4 million people at its peak.

“As of 6 p.m. Tuesday, 44 Public Water Systems are non-operational, affecting 18,019 Texans. 1,205 PWSs are on a boil water notice, affecting 3,422,760 Texans. 712 boil water notices have been rescinded. 204 counties are reporting PWS issues,” the spokesman said in an emailed statement.