If you have recently turned vegan, you’ve probably asked the question, “are Sour Patch Kids vegan?” This popular and beloved chewy candy snack could have been a favorite of yours, but now you’re wondering if eating them is earth-friendly. Most vegans worry about the source of a product and whether or not the manufacturers use vegan ingredients.

Vegan-friendly products do not use any animal sources, products, or by-products at any point in their manufacturing process. These include milk, cheese, dairy, animal bones, skin, or anything that can harm animals during extraction. One of the main goals when going vegan is to help protect the animals that are being bred and killed for human consumption.

While the lifestyle and diet itself have caused many debates among people, it is still important to know whether or not the products you consume are harmful to other beings on this planet. Whether or not you make the switch is entirely up to you. Read on to know if the crowd’s favorite Original Sour Patch Kids is vegan.

Why are Sour Patch Kids So Popular? 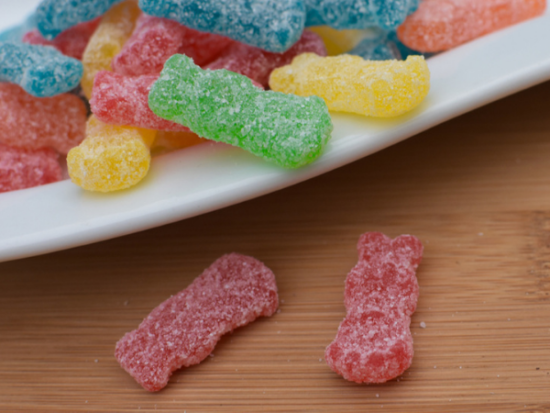 First produced in the early 1970s, these gummy candies became popular because of their unique flavor change when eaten. From sour and tangy to sweet, it became a new trend among kids and adults alike who had a sweet tooth.

They were first created to look like aliens because of the space craze during the decade but soon changed shape after the cabbage patch baby craze in the 1980s. Their current popularity is in part thanks to the generations of kids that grew up eating Sour Patch Kids and continue to eat them and feed them to their kids now. 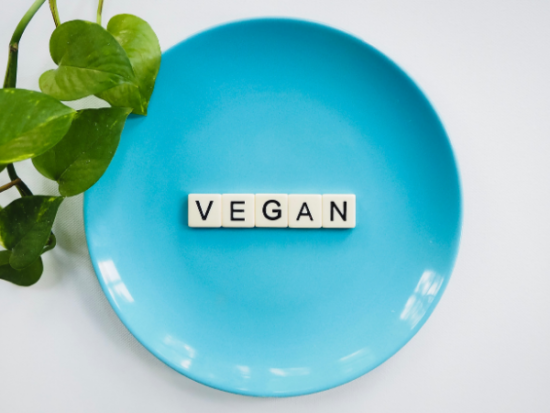 At first glance, Sour Patch Kids ingredients don’t seem to list any non-vegan ingredients. It uses the usual ingredients used in candies such as sugar, corn syrup, modified corn starch, citric acid, natural and artificial flavors, etc. Most, if not all, of these products, are plant-based so they do not directly harm animals. The gummies are also gluten-free.

However, Sour Patch Kids being vegan is still asked because the manufacturers of some components on their ingredients list may not entirely use vegan-friendly methods. Namely, the sugar and flavoring added may or may not use non-vegan processes. As mentioned above, Sour Patch Kids uses common ingredients in the candies. Being a gummy candy, it needs a certain compound that will make up its soft, chewy texture. Gelatin is one option for candy makers, but it isn’t vegan. Gelatin needs the skin, bones, and ligaments of animals, usually cows or pigs, to be made.

Its vegan counterpart is agar, a similar substance to gelatin but extracted from red algae. Unfortunately, the Sour Patch Kids manufacturer, Mondelēz International, is yet to confirm or put in their labels whether they use gelatin or agar for their candies.

Sugar is generally a staple ingredient in many households. They mainly come from two sources in the United States: sugarcane or sugar beets. The two differ in taste and texture, as well as the method used in manufacturing them. Sugar beet uses a diffuser and additives, while sugarcane is processed, refined, and bleached using bone char.

One of the main additives in cane sugar is bone char, a mixture made from the bone of cattle. It is also known as natural carbon and is used as a decolorizing agent by the sugar industry. It gives cane sugar that pure, white color. Mondelēz International has confirmed that they use both cane and beets as sugar sources for their Sour Patch Kids. 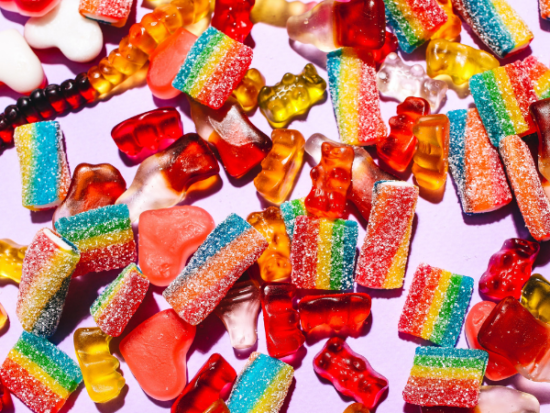 Apart from the sugar and bone char ingredients, there are also a few more components to these gummies that you should consider if you are vegan or planning to go that route. These gummy candies use natural fruit flavoring, but they need artificial colors and flavors to achieve their iconic taste and after-taste.

Unsurprisingly, many candies need artificial food coloring to make their physical appearance vibrant and appealing to kids, their target market. Sour Patch Kids use Yellow 5, Yellow 6, Red 40, and Blue 1 artificial colors for each gummy. According to research, these particular colorings are derivatives of petroleum or coal — a highly non-vegan industry.

To answer it plainly, Sour Patch Kids are not vegan. They still contain questionable ingredients that even Mondelēz International cannot market as vegan-friendly. Don’t fret just yet, though, because there are plenty of alternatives out there that are targeted towards vegan consumers.

Sour Patch Kids are arguably delicious and addictive. However, if your lifestyle now consists of using and consuming vegan-friendly food, drinks, and products, they may not be the best option for a light snack.

It might be difficult to make the switch initially, especially if these original gummies are your most absolute favorites, but it might be worth sacrificing for. Going vegan is, after all, a lifestyle and should be your personal choice. Whether or not you still choose to buy Sour Patch Kids or look for alternatives is entirely up to you.