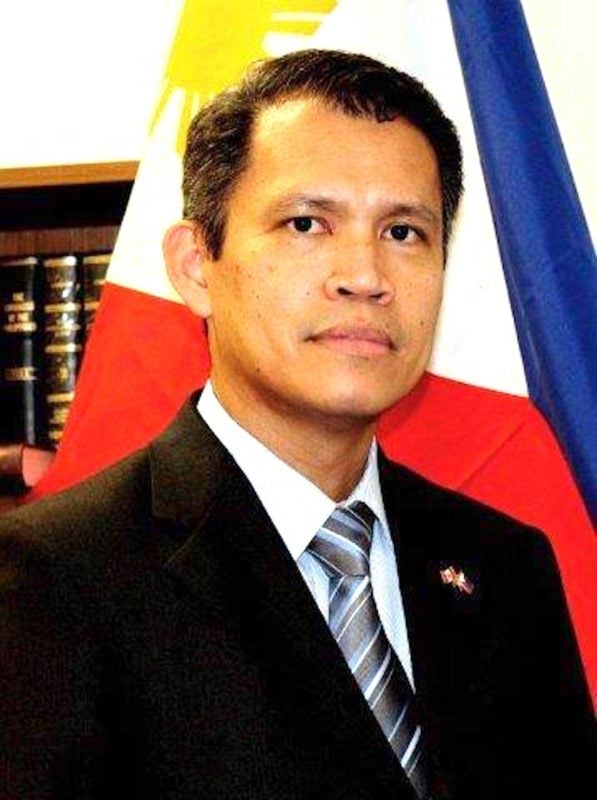 Consul General Neil Ferrer has both temperament and expertise demanded by his office, says a colleague. CONTRIBUTED

SAN FRANCISCO – Four weeks into his tour of duty, new Consul General in San Francisco Neil Frank Ferrer reiterated his office’s readiness to address the needs of Philippine nationals while touting the latest tools and procedures in the home office that he aims to implement here as soon as possible.

The pronouncement sounds redundant given the reason for consulates’ existence.  But with the pandemic still raging, having taken 500,000 lives at press time in the United States, Ferrer expressed confidence in his team’s capacity to respond to requests for assistance.

The envoy is especially excited to initiate the global online appointment system he says has proved effective in speedy processing of passports “back home.”

“We want to make sure the provision of consular services remains efficient,” Ferrer told a group of representatives of community organizations including Inquirer.net last week.  He envisioned paperless, contactless transactions, a universal aspiration in a world with Covid-19.

Since June 2020, the Consulate in San Francisco has been implementing the first steps toward a “new normal” for service amid the social distancing required during the shelter in place mandate throughout the state.  (Its Philippine counterpart is the “general community quarantine” or GCQ, a lockdown stricter than is mandated in many parts of the U.S. due to the coronavirus.)  Appointments would be accommodated online only.  The policy was in line with transitioning to Phase 2 of the online passport application system or its full implementation minus walk-ins.

Two years before discovery of the deadly illness, the consulate already had announced it would start accepting online applications for passports with walk-ins also accommodated as part of a trial period or Phase 1.

Processing documents is a primary purpose of the consulate and foremost on the envoy’s priorities since he arrived on Jan. 20 from Manila.  Ferrer’s conviction is founded on his most recent role in the Dept. of Foreign Affairs or DFA.   While in the Philippines, Ferrer led the development and institutionalization of protocols and procedures as Assistant Secretary for Consular Affairs.

“The Office of consular Affairs is big and crucial.  It’s the ‘face’ of the DFA to the public.  It handles not only passports but also visas, legal documents, civil registration records abroad and the like,” said Thomeczek, a retired Philippine Ambassador to Germany who headed the DFA Human Resources office.

“Neil is a quiet but diligent officer committed to the tasks at hand.  He learned his craft well.  To oversee the processing and production of the Philippine passport demands systems management skills that he proved to have in abundance.”

As HR chief, Thomeczek made recommendations for foreign assignments.  She noted the resounding affirmation Ferrer received when he was in line for the top post in Vancouver, his most recent mission abroad before San Francisco.

Ferrer’s tenure in Canada spanned both coasts.  From 2013 until 2018, he was Consul General in Vancouver until his return to Manila.  Early in his career he was appointed Minister and Consul General and Alternate Permanent Representative to the International Civil Aviation Organization in Ottawa.

Ferre has devoted half of his life to the diplomatic corps.

His 25 years as an envoy began as Third Secretary and Vice Consul at the Philippine Embassy in Beijing.  From there he was assigned to Europe.  In London, he represented the Philippines as First Secretary and Consul and Alternate Permanent Representative to the International Maritime Organization from 2003 to 2009.

The 51-year-old is a career diplomat who has deepened his expertise in diverse fields, making him somewhat of a polymath.

He acquired a bachelor’s degree in Political Science from the University of the Philippines and a master’s in science in Economics at De la Salle University.

Perhaps because of, rather than despite the limitations forced by the pandemic, Ferrer has been busy meeting, if remotely, with organizations that have partnered with the consulate.  His recurring message:  “We are here to serve.”

Ferrer aims to meet the challenge of the current climate marked by job and economic losses in the Philippines. Hence, his outreach to the business community, particularly the tech sector, which has weathered the crisis better than most.

“I’ve had Zoom sessions with PH trade representatives,” he said, to collaborate on strategies promoting trade and investment by US companies in the Philippines and vice versa, which are still vibrant,” he said optimistically.

Early this month the Consulate announced resumption of the Balik Science program of the Philippine Dept. of Science and Technology.  Updated in a shorter program last October, the effort encourages Filipino Americans in pertinent fields to share skills with their PH counterparts to elevate the nation’s economic development through science, agriculture and related industries. 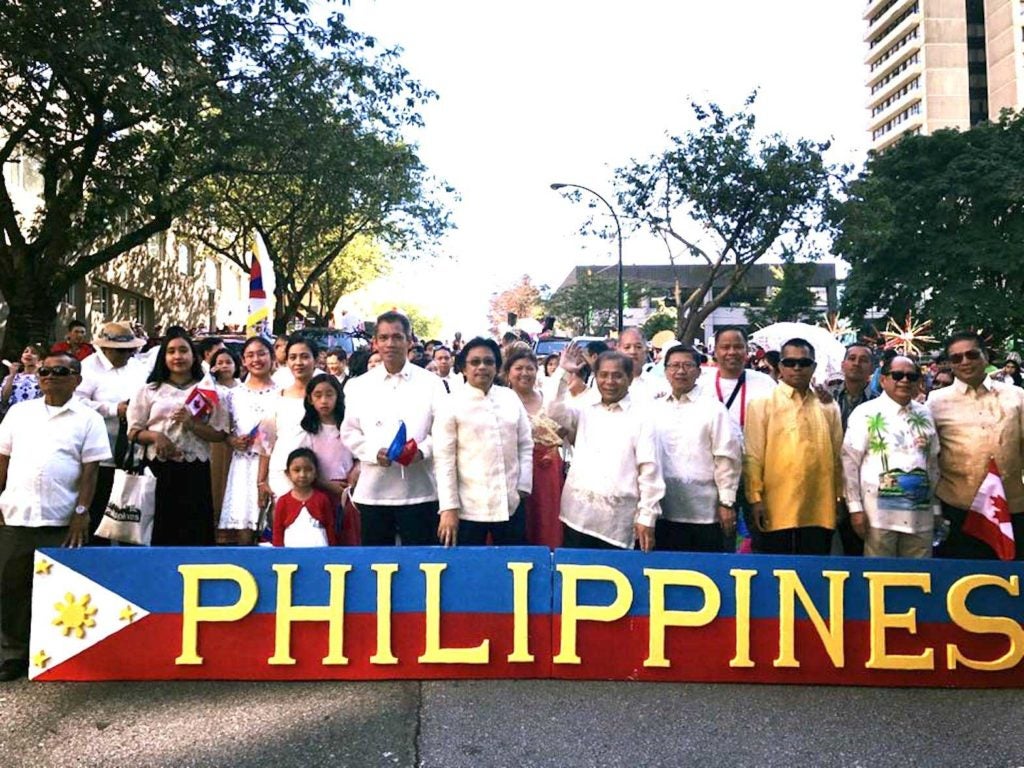 Ferrer is hopes for a post-Covid June to allow the traditional celebration of PH Independence Day like this one he led as Consul General in Vancouver, his last foreign assignment  before San Francisco. CONTRIBUTED

An area that he agrees could use more than a shot in the arm is tourism, the “hardest hit” industry.  Despite restrictions on inbound and outbound travel, the Consulate’s Facebook platform remains open to keep potential travelers informed of guidelines. (For travel guidelines visit: http://www.philippinessanfrancisco.org/news/7166/591/PUBLIC-ADVISORY-Philippine-Entry-Rules-Effective-01-February-2021/d,phildet/)

Ferrer said the coronavirus vaccine is not yet available in the Philippines and he joins the nation in “hoping for a rollout when people are confident” of a product they would introduce to their systems.

As Consul General in San Francisco, Ferrer is responsible for meeting the needs of Philippine missions in ten states in the Pacific Northwest.  On January 26, he met with some honorary Consuls for the states under his jurisdiction.  He advised Honorary Consuls Rebecca Carillo (Alaska), Donna Lavigne (Colorado) and Enrico Tadeo (Oregon and Washington) that consular outreach activities in their areas would resume “once feasible” as these hinge on “specific state government orders” regarding the pandemic.

Ferrer said he will hold trainings and “regular dialogues” to update honorary consuls on the DFA’s  “latest issuances and advisories.”  Among services honorary consuls may administer are extension of validity of expiring passports, online oath-taking of dual citizens and issuing applications for services by mail. 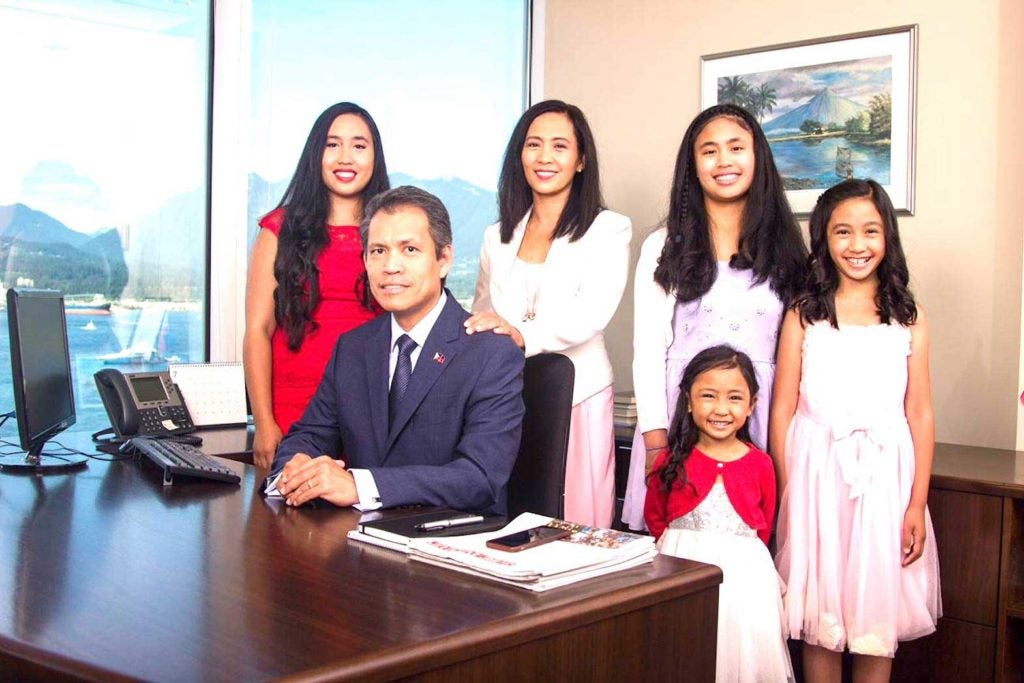 One of Consulate’s first announcements under Ferrer’s tenure was a Jan. 28 advisory on the warning from the U.S. Dept. of Homeland Security of the threat of domestic terrorism believed to persist “in the weeks following the successful presidential inauguration.”

Filipino Americans were cautioned to stay alert, “avoid large crowds and carry emergency and medical information at all times.”

“Our role is to protect our community,” stressed Ferrer, who is married to the former Miriam Manoag with whom he has four children.

Consistently upbeat, the new “Congen” hopes for a post-Covid June when the Consulate could celebrate Philippine Independence Day in its traditional splendor with community members taking pride in their country’s freedom.