What types of pizza are best? | Top Choices and Why

What types of pizza are best?

Whatever types of pizza you prefer, one thing is almost always guaranteed: you love the dish. At its core, the Italian-native dish consists of three things: the dough, the sauce, and the toppings. The best thing about the recipes is they can be as simple or as complex as you want them.

Pizza can have anything you want it to have. It can be savory, spicy, meat-free, and even sweet as a dessert. So long as it rests on the dough and looks like a pie, you can call it a pizza. Its history is quite a long one, with the origins traced back to 18th century Naples, Italy.

It’s hard to believe that what used to be a simple flatbread course for many common folks has evolved into its modern equivalent today. An entire worldwide industry for fast food and authentic pizza is flourishing. Many dedicate their cooking careers to perfecting their recipes. Read on to know more about the popularity of this well-loved dish.

What Types of Pizza Are Best? 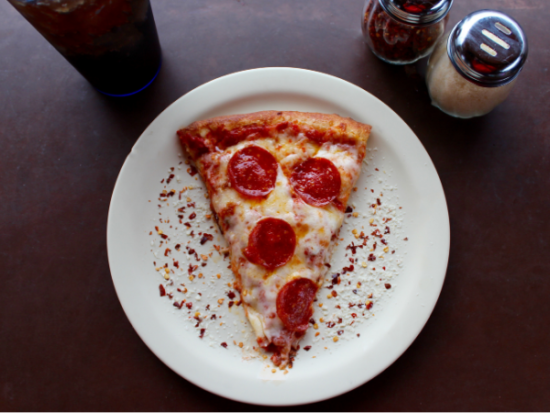 As one of the most versatile foods globally, there are over a dozen pizza types out there. Thus, there is no consensus on which styles and toppings out there are the best. Some prefer theirs to be as simple as bread, some cheese, and maybe a bit of red sauce.

Others prefer to be more adventurous, opting for toppings that contain a mix of veggies, meats, and even fruit. Another amazing thing is that wherever you travel in the world, it is almost a guarantee that the place you’re visiting will have its spin on this crowd’s favorite dish.

The Popularity of Pizza

Pizza’s fame is mostly attributed to its delicious taste that is almost universally appealing to all taste buds, no matter your place of origin. It’s great for parties and big gatherings where you need a lot of food. Many cultures have adapted it to create their recipes. Some pizza recipes and methods of cooking have been passed down over generations.

There are also over plenty of ways to make pizza. The most traditional way is to bake them via an oven brick, just like Naples’ common folk back in the day. Nowadays, though, fast food pizza is the trend. You can pop on over to the nearest food chain like the California Pizza Kitchen and order a slice in under ten minutes. 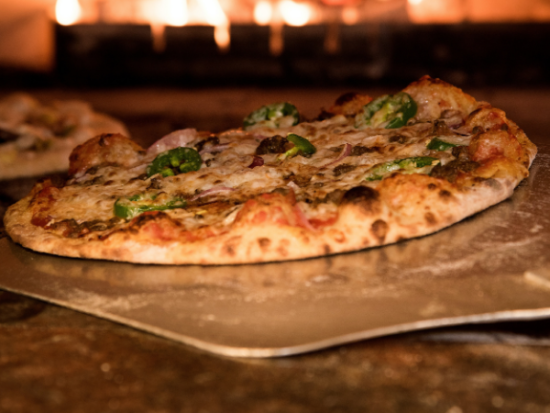 Crust refers to the dough used as the base for the pie shape of the pizza. In the United States, there are generally two types of crusts: thick and thin crust. Thick crust is thick from its edges through the slice. Some say this is to handle heavy toppings and ingredients. Others say it’s only for reference.

The thick crust can range from 1/8 to 1/4 inch in thickness. To make it, the dough is rolled out on a cutting board, kneaded until the right texture and firmness are achieved, and then molded into the shape of the baking pan before it is filled with the toppings and sauces.

Thicker crusts are great for those who love their pizza as the main course. Thicker crust means more bread and is heavier on the stomach. The toppings could also be greater in volume. Examples of pizzas that typically have thick crusts are Sicilian pizza, Chicago deep dish, and focaccia bread. 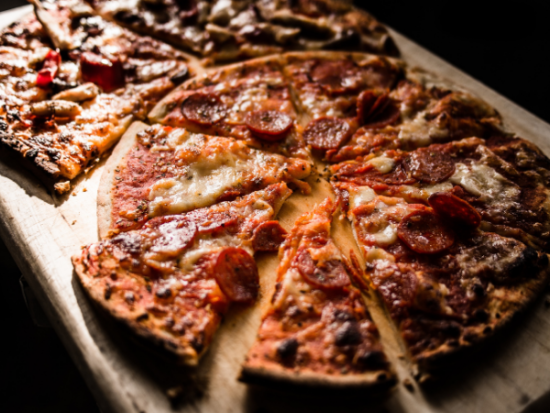 Thin crust pizzas are slimmer in thickness. They are usually crunchy at the edges while remaining doughy in the middle. The ingredients and sauces used with this type of crust are usually lighter, opting for shredded or flossed meats like smoked salmon or chicken pizza.

The hands are a key instrument to making the thinner dough. Gently stretch the kneaded mixture and flatten it as much as possible without making it too thin to hold the ingredients. It may take some practice if you are planning to make a thin homemade crust.

Pizzas with thin crusts like the St. Louis pizza, pizza Margherita, and New York-style pizza often don’t have many toppings. Made with light sauces, cheese, and maybe a bit of olive oil, they are great as snacks or even appetizers because they can be considered a light meal. 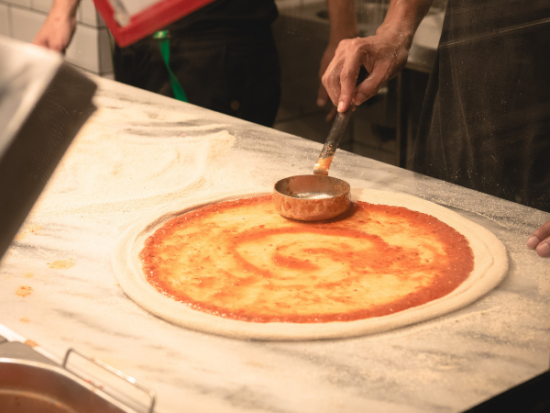 After learning about crusts, toppings are the next best topic to know which style is the best pizza. First on the list is the Chicago Style pizza, also known as deep-dish pizza. Its former name is copied from its city of origin, Chicago, Illinois. The story goes that its inventor wanted to create a reverse Neapolitan pizza for the Italian immigrants craving their native dish.

Instead of having thin crust and scant ingredients, they made a pie-like pizza in shape and content. It has raised edges with thick crusts, filled with cheeses, meats, vegetables, and a bounty of sauces. It can be topped with crushed tomatoes and aromatic herbs as well.

Some call this recipe a delicious horror because of its thick size and full ingredients. Though the entire pizza can be daunting in size, the crust itself is usually only medium in thickness, less than an inch or thereabouts. It is the toppings that make it such a full meal. 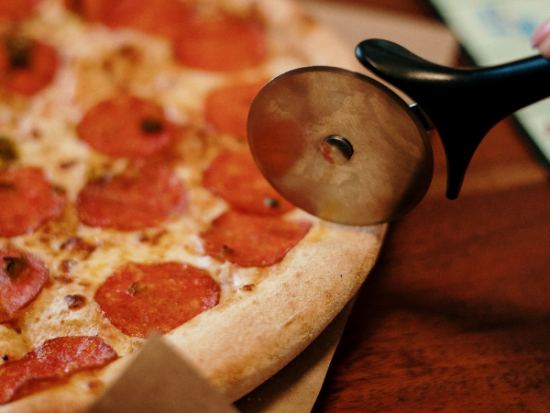 This pizza was first coined by the Domino’s Pizza Company chain of America way back in 2006. Over a decade, it has become a staple food for many locals and tourists from the city of Brooklyn. While the food chain has made its twist to the recipe, typical Brooklyn-style pizzas are characterized by crunchy and airy crusts.

Instead of the usually doughy texture to the bread, this style boasts a dense but gummy crust. A Brooklyn pizza topped with fresh mozzarella is usually a crowd favorite, then layered with red tomato sauce and paste that is just the right amount of tasty and sweet.

If you like your pizza light and airy with a bit of a twist, then give this one a go. It is not as heavy as the deep-dish, but neither is it as light as a Neapolitan slice. The ratio of the toppings to the crust or bread is much more balanced. You can still fold it easily in half if that’s how you fancy eating your slice. 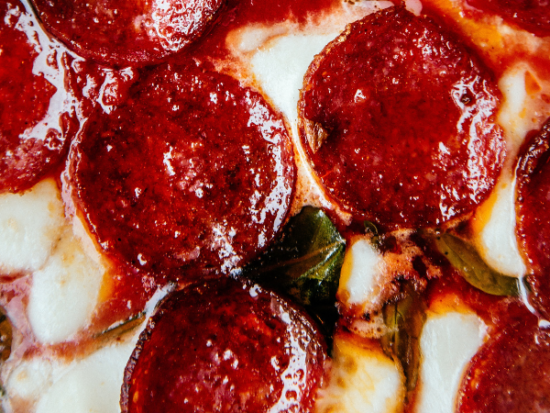 Another style named after its city of origin is the Detroit Style pizza. Due to the city’s long history with the auto industry, the pizza’s first creators baked it in a square automotive parts pan. That is quite an interesting fun fact, especially if you like your food with an interesting bit of history.

Detroit pizza is usually topped with pepperoni, with a layer of brick cheese spread to the very edges of the pie and poured over with tomato sauce. Other typical toppings include mushrooms, olives, and other types of cheese.

This particular recipe is a square pizza, which means it should be cut into squares instead of triangles. The pizza crust should be baked in a well-oiled pan to ensure the cooked dough’s crunchiness and lightness. It can make for a good light snack or a full meal, depending on your preference.

If the question that is still at the forefront of your head after reading through this is the best pizza, the answer is it’s all of them. There are just so many out there that the debate over which should be considered most superior is a moot point.

If you have been a pizza lover for years, chances are you agree that different types cater to different preferences. So long as you like what’s on it, it can be considered the best type of pizza.