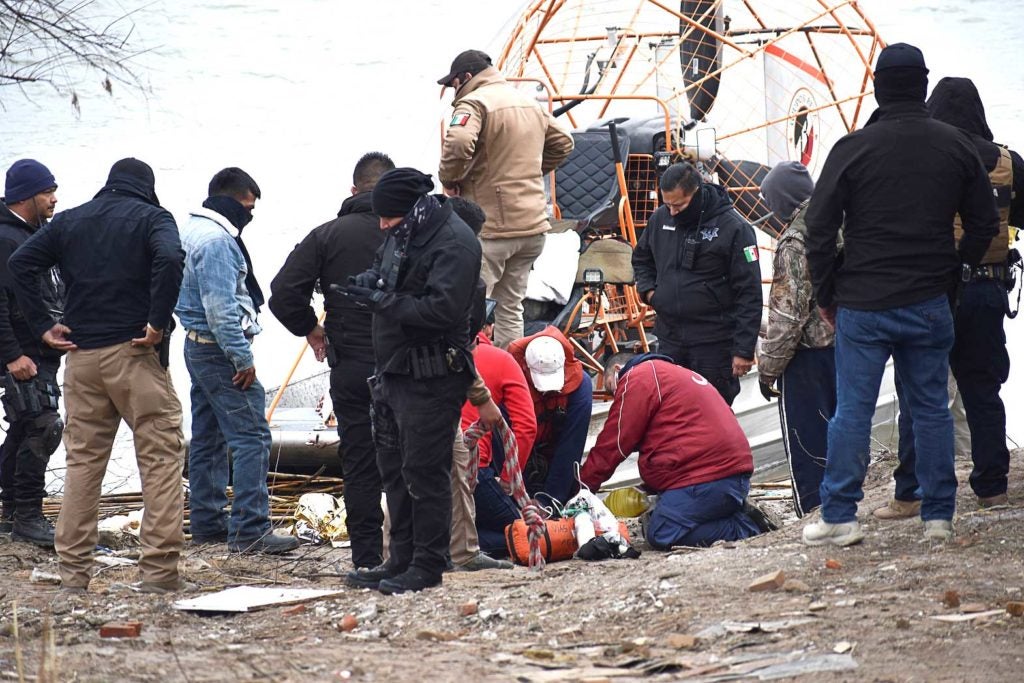 Paramedics check the body of a Honduran migrant child, who drowned while crossing the frigid waters of the Rio Grande river from Mexico into the U.S. with his mother and sister, according to local media, in Piedras Negras, Mexico February 17, 2021. REUTERS/Stringer

WASHINGTON – The U.S. government issued interim guidance on Thursday sharply limiting who can be arrested and deported by immigration agents, a move that comes as the Biden administration faces growing pressure from activists to scale back deportations.

The guidelines instruct Immigration and Customs Enforcement (ICE) agents to focus on immigrants deemed national security and public safety threats and those who entered the United States after Nov. 1, 2020. Agents will need pre-approval from a senior manager if they want to arrest someone who does not fall into one of those categories.

“Like every law enforcement agency at the local, state, and federal level, we must prioritize our efforts to achieve the greatest security and safety impact,” acting ICE Director Tae Johnson said in a statement.

The U.S. Department of Homeland Security is expected to issue permanent guidelines within 90 days.

Biden’s more lenient approach differs dramatically from that of former President Donald Trump, who allowed ICE agents to pursue low-level offenders and non-criminals, as well as people with long ties to the United States. Some career ICE officials have privately criticized the new priorities, saying they would prevent agents from arresting some criminals and citing the need to get manager approval for non-priority arrests.

On Biden’s first day in office, DHS announced a 100-day pause on most deportations. A federal judge days later blocked it nationwide following a lawsuit by Republican-led Texas, a sign of how Biden’s efforts could be hampered in court.

The Biden administration has also come under pressure from pro-immigrant advocates to scale back enforcement further.

On Thursday, more than 100 organizations led by the We Are Home campaign, which includes some labor unions, called on DHS to halt deportations to Haiti, end all family immigration detention in the next 100 days and close detention facilities “with the most egregious records of rights abuses.”