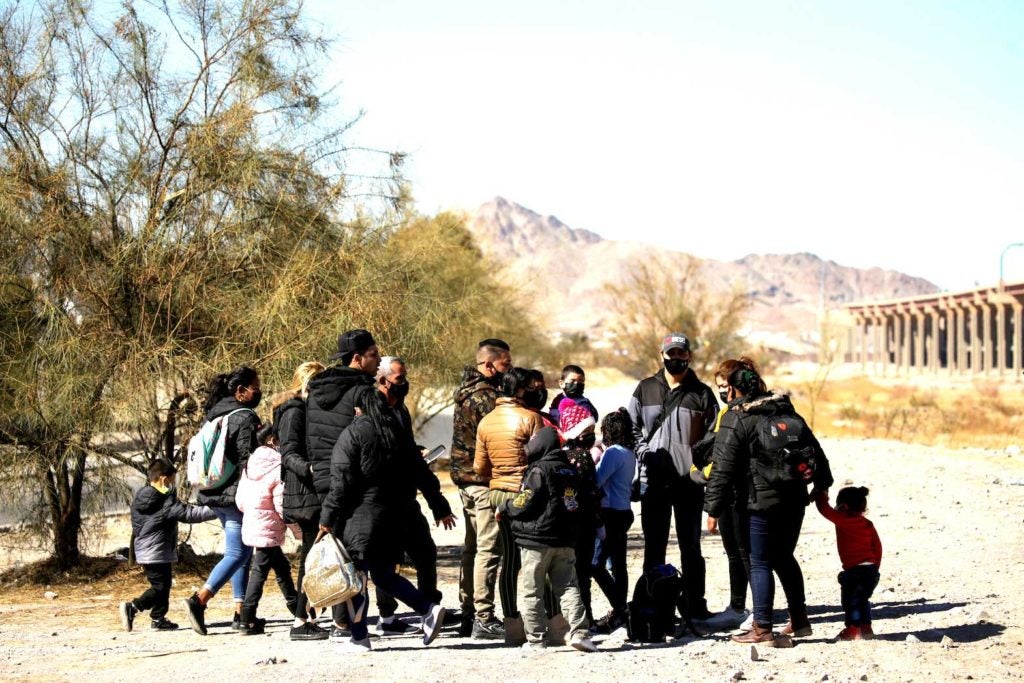 Migrants stand near the Rio Bravo river before crossing it to turn themselves in to request for asylum in El Paso, Texas, U.S., in Ciudad Juarez, Mexico February 5, 2021. REUTERS/Jose Luis Gonzalez/File Photo

WASHINGTON – Democrats will on Thursday formally introduce President Joe Biden’s sweeping immigration bill in Congress, a measure that would provide a path to U.S. citizenship for an estimated 11 million immigrants in the country illegally, but the proposal faces long odds to passage.

The bill would greatly increase both family-based and employment-based legal immigration and allow certain previously deported immigrants to apply to return for humanitarian reasons. Key elements of the bill were first unveiled in January.

The legislation, which is expected to be hundreds of pages long, takes an aggressive pro-immigration approach. It has not received public support among Republicans.

Democrats hold a majority in the House, but the Senate is split 50-50, with Vice President Kamala Harris as the tie-breaking vote. Democrats would need to win over 10 Senate Republicans to avoid a “filibuster,” a procedural hurdle that can delay or block legislation from coming to a vote.

Representative Linda Sanchez will introduce the bill in the House of Representatives and Senator Robert Menendez was expected to introduce it in the Senate next week.

Key Republican senators have already expressed opposition to major provisions of the bill.

The criticism was echoed on Thursday by Heritage Action, the political wing of the conservative Heritage Foundation.

“This latest move would only further harm American workers already struggling from our health and economic national crises caused by the ongoing pandemic and our government’s response,” said Jessica Anderson, the organization’s executive director.

Democrats are also pushing ahead with several smaller-scale immigration bills, including a measure that would offer a path to citizenship to so-called “Dreamer” immigrants who were brought illegally to the United States as children.

In addition to sweeping legalization measures, Biden’s proposal would make many smaller changes, including lifting English-language citizenship requirements for certain permanent residents over the age of 50, according to a section-by-section summary of the bill seen by Reuters.