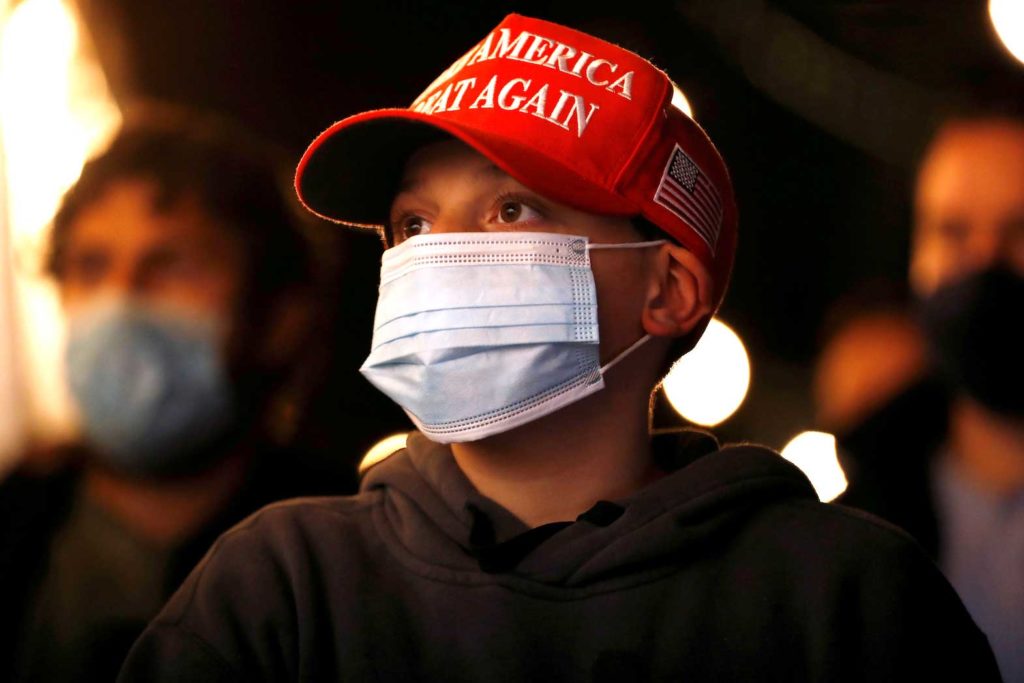 WASHINGTON – A surge of Republicans quitting the party to renounce Donald Trump after the deadly Capitol riot could hurt moderates in next year’s primaries, adding a capstone to Trump’s legacy as president: A potentially lasting rightward push on the party.

More than 68,000 Republicans have left the party in recent weeks in Florida, Pennsylvania and North Carolina, crucial states for Democrats’ hopes of keeping control of Congress in the mid-term elections in 2022, state voter data shows.

That’s about three times the roughly 23,000 Democrats who left their party in the same states over the same time period.

Compared to the Republicans who stayed put, those who fled were more concentrated in the left-leaning counties around big cities, which political analysts said suggested moderate Republicans could be leading the defections.

If the exodus is sustained, it will be to the advantage of candidates in the Republican Party’s nomination contests who espouse views that play well with its Trump-supporting base but not with a broader electorate.

That could make it harder for Republican candidates to beat Democrats in November, said Morris Fiorina, a political scientist at Stanford University.

“If these voters are leaving the party permanently, it’s really bad news for Republicans,” Fiorina said.

Most of the defectors switched to having no party affiliation or joined a minor political party, though many registered as Democrats, according to publicly available voter registration data that is regularly updated by states.

U.S. elections are administered by state governments rather than by Washington.

The shifts come as Trump is looking to assert his influence as the party’s leader after losing to Democrat Joe Biden in the Nov. 3 election. Trump lashed out this week against Mitch McConnell, the most senior elected Republican, after the Senate Minority Leader voted to acquit him on a charge of inciting the Jan. 6 attack but still said he was responsible for his supporters’ actions.

Republican National Committee spokeswoman Mandi Merritt declined to comment on the flight from the party but said: “Americans of all stripes will know the Republican Party is the party that is fighting for them.”

Many of the people who left the party did so because of Trump, interviews with more than three dozen people in the three states showed.

They also said they were motivated to leave by Republican lawmakers’ continued support for Trump even after he spent months before the Capitol attack spreading falsehoods about the election.

Several said they were leaving because the party didn’t support Trump enough, a sign of the deep divisions that have led to calls by some Republicans for new political parties.

Diana Hepner, 76, a retired attorney in Florida’s Nassau County near Jacksonville, described herself as a fiscal conservative who was turned off by Trump’s rhetoric.

“I hung in there with the Republican Party thinking we could get past the elements Trump brought,” she said. “Jan. 6 was the straw that broke the camel’s back.”

Hepner, who joined the Democratic Party, hopes she can be a centrist influence on its nomination contests.

The roughly 40,000 Floridians who left the Republican Party between mid-December and mid-February were but a sliver of the more than 5 million who remained, according to the state’s voter registration data.

In Florida’s Aug. 18 primary elections last year, two Republican candidates who won their nomination contest by fewer than 1,500 votes went on to win seats in the U.S. House of Representatives.

One was Byron Donalds, a vocal Trump supporter who sought retiring Republican representative Francis Rooney’s seat on the state’s Gulf Coast. Donalds won the primary by just under 800 votes, edging out a nine-candidate field that included other Trump supporters as well as moderates.

For the small group of Republican lawmakers who have been critical of Trump, including the 17 House and Senate members who voted to impeach or convict the former president, fewer moderate voters could make fending off primary challengers more difficult, said Michael McDonald, a political scientist at the University of Florida.

The exodus appears related to sagging support for Republicans in relatively affluent areas, like the suburban areas that helped deliver Biden’s victory in November.

Of the nearly 19,000 Pennsylvanians who have left the Republican Party this year through Feb. 16, more than half live in the urban and suburban counties in and around the state’s biggest cities, according to state voter registration data. Among the Republicans who remain in the party, about four in 10 live in those same counties.

Defections were similarly concentrated around big cities in Florida and in North Carolina, where more than 10,000 Republicans left the party in January, according to voter data.

Political analysts said the changes in voter registration were unusual for the months following a presidential election, and that it remained to be seen whether the exodus will continue or reverse itself.

Some might still return to the fold, they said.

“I don’t want to say I’m done with the Republican Party,” said Robert Abelman, a finance company executive living just outside Philadelphia in Lafayette Hill, who said he voted for Biden.

Citing his “disgust” with Trump’s hold over the party, Abelman, 56, cut his Republican ties this month when he filled out a form indicating he now has no party affiliation.

He said he was interested in new party options, such as a center-right breakaway party that dozens of former Republican officials have discussed forming.