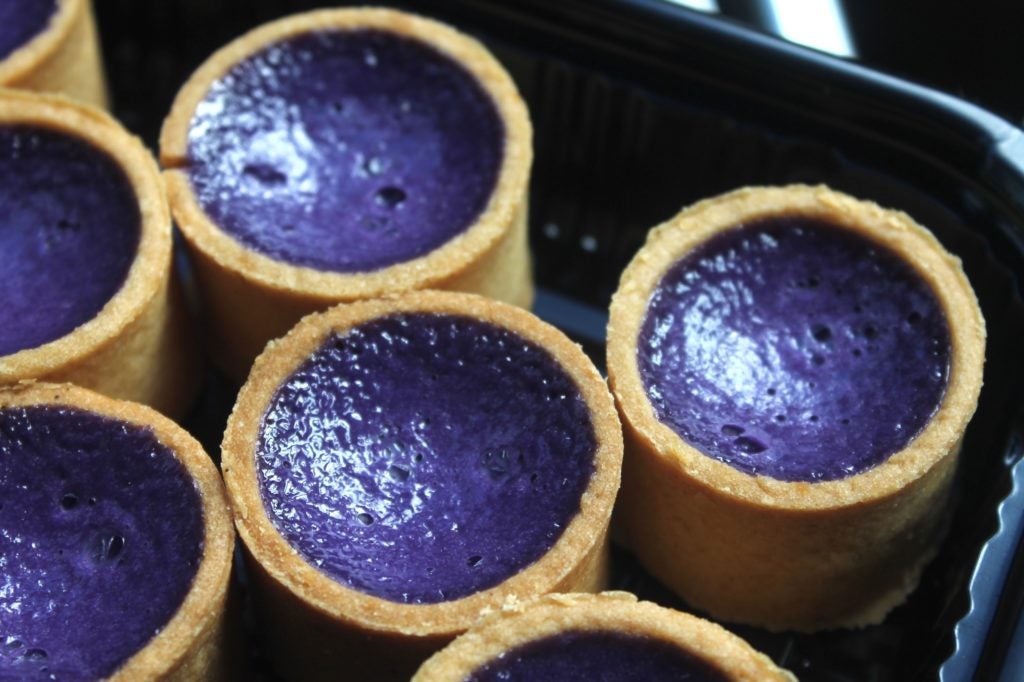 HONOLULU — Before the ube craze began, Andy Dalan had already made ube popular with his ube pancake creation at the popular breakfast and lunch joint Yogurstory. Although he has many years of culinary experience, his famous ube tarts only came to life after a last minute experiment.

“It was random. I was looking for something to do on my own,” he explained. Initially, he served as an executive chef at Waimea Valley and made tarts on the side. One day, he went to a dinner for two of his friends and wanted to bring a dessert. Dalan, short on time, created a tart that he did not try until he attended the dinner.

Everyone thought the tart tasted great, and from there people began making small orders for a variety of events. Guests at these parties would ask where they could order it, and Dalan started to receive email and phone call requests but only took orders when he could make the time. 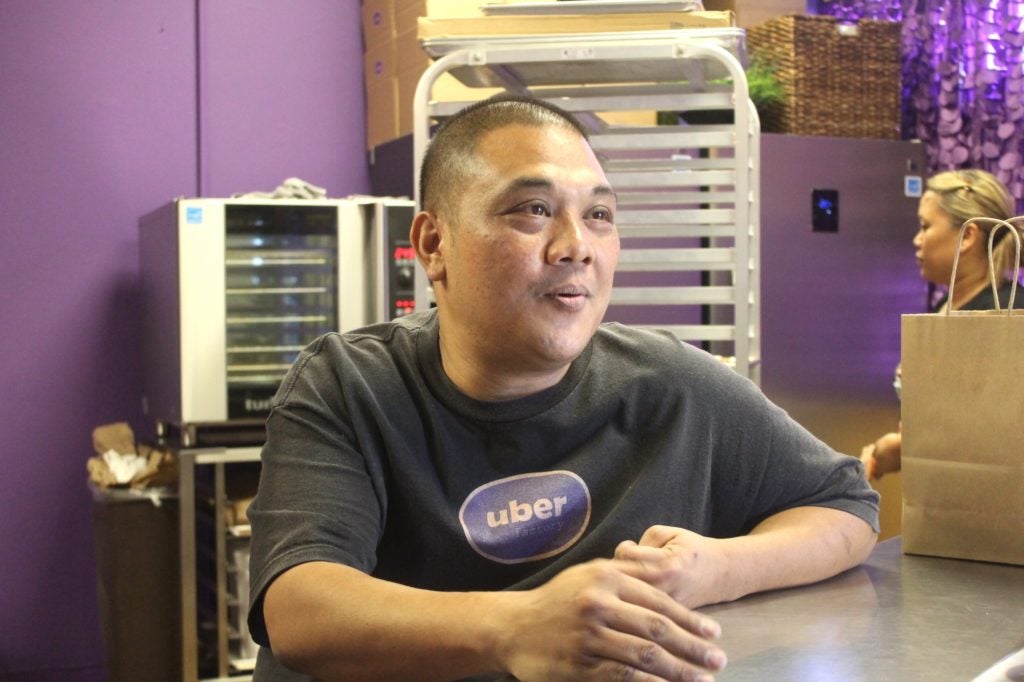 Uber Factory owner Chef Andy Dalan is very careful about the amount of ube tarts he releases on the market. INQUIRER/Lalaine Ignao

These orders created a waiting list for two to three months. “This is when I knew it was something. People were willing to drive all the way to North Shore and wait two to three months to wait for this tart, and so I thought maybe I can open my own shop.” Eventually, he left his job to open up Uber Factory on his own, which will be two years old this year.

“When we started Uber Factory, I was still overwhelmed because I couldn’t keep up.” The Waimea shop only opened on Saturdays and Dalan would sell out. After they opened a second day on Sundays, they still sold out quickly.

“We were blessed because people started approaching us,” Dalan said.

7-Eleven people courted Uber Factory last year, but Dalan turned them down, telling them to contact him another time because they still needed to get used to the flow of the business. “It was only our first year. I thought I scared 7-Eleven away.”

But they called again a few months later, and Dalan agreed to do a one-day trial. He and his team made 2,000 units of the four-pack ube tarts to see how they would sell. Sure enough, every 7-Eleven location on the island sold out of his tarts in two hours.

After a successful turnout, Dalan knew that there was a big demand for Uber Factory in the community. To try the collaboration again, his team made over 6,000 units to sell at all the 7-Eleven locations on the island earlier in August. Once again, he received more positive feedback from customers. 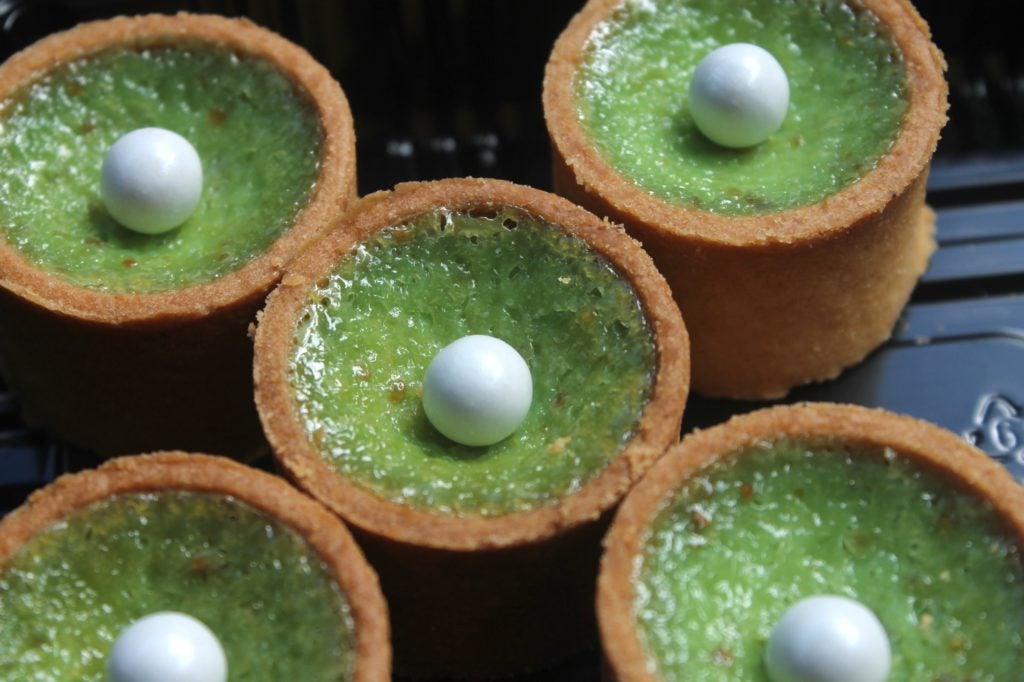 While very happy with the turnout, Dalan does not want to make this a constant event. “We’re happy with the exclusive where people come on Saturdays and Sundays. We don’t want to oversaturate the island. When you eat more of one thing, you don’t want it anymore,” he figured. He intentionally offered a four-pack as it served as a snack pack for convenience.

“When you offer something that’s made in Hawaii, people tend to buy it,” Dalan stated. “We want to build our brand in Hawaii. We want to be known, like Leonard’s malasadas, Ted’s pies and Liliha Bakery’s cream puffs. We want to be solid in Hawaii first before we venture to the mainland or internationally.”

Along with the famous ube tarts, Uber Factory offers up to 30 flavors as the chef constantly creates new ones. Customers ask when and what flavors he will sell next, but Dalan always replies with, “It’s random, I don’t know till the night before. I’m going to know Saturday night when I leave the shop.”

He constantly tries to make something different and new to make his customers excited. “It’s a challenge.”

Another idea Dalan has for Uber Factory includes creating an ice cream with ube tarts in the mix. “We’re going to be selling it in pints. There will be chunks of Uber tarts in it in and coconut ice cream with a swirl of ube.” He also wants to work on creating a pie in the future. 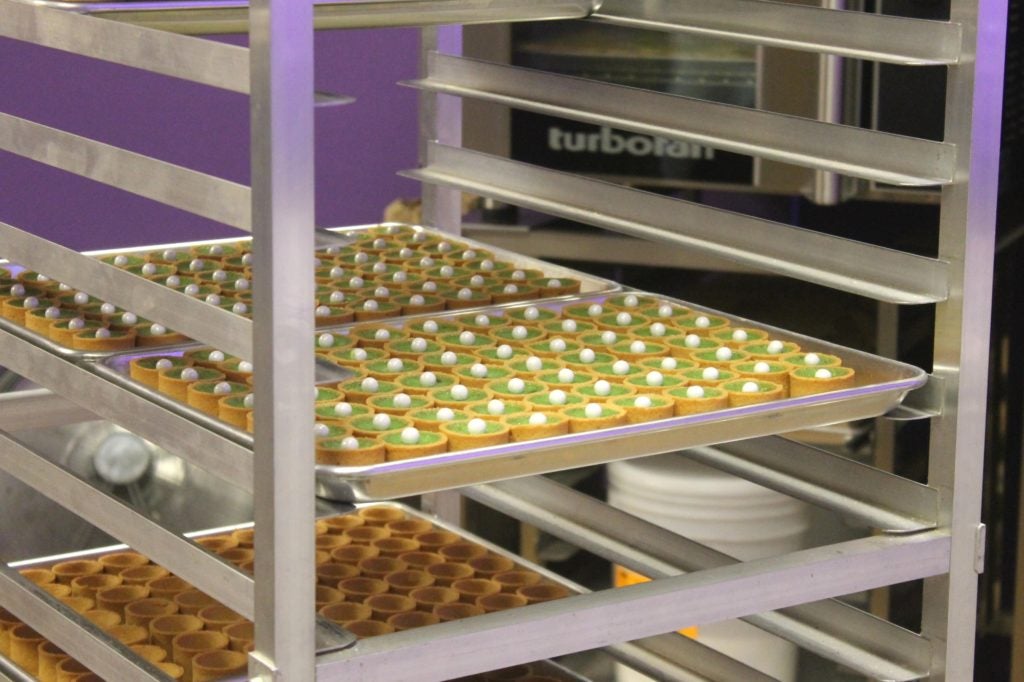 “I ran big kitchens, staff of 40 that I managed; I wanted to get away from that so that’s why I did this.”

Although he owns a small shop, the thought of franchising feels too much for him. “We want to slow it down and make sure we do things right.” Now that Uber Factory is on its second year, Dalan allowed himself to venture out a little by partnering with 7-Eleven.

Dalan is very happy that the people of Hawaii support local businesses. He wishes that he could give them more and he tries to do so.

“But it’s sometimes overwhelming when you have a good thing. I can easily manufacture and we can do one million of these tarts, but it’s not going to be the same. I’m very particular as far as quality with my food.”

Dalan likes to continue making his tarts by hand. It’s tastier when the chef makes the food himself in comparison to machines doing it.