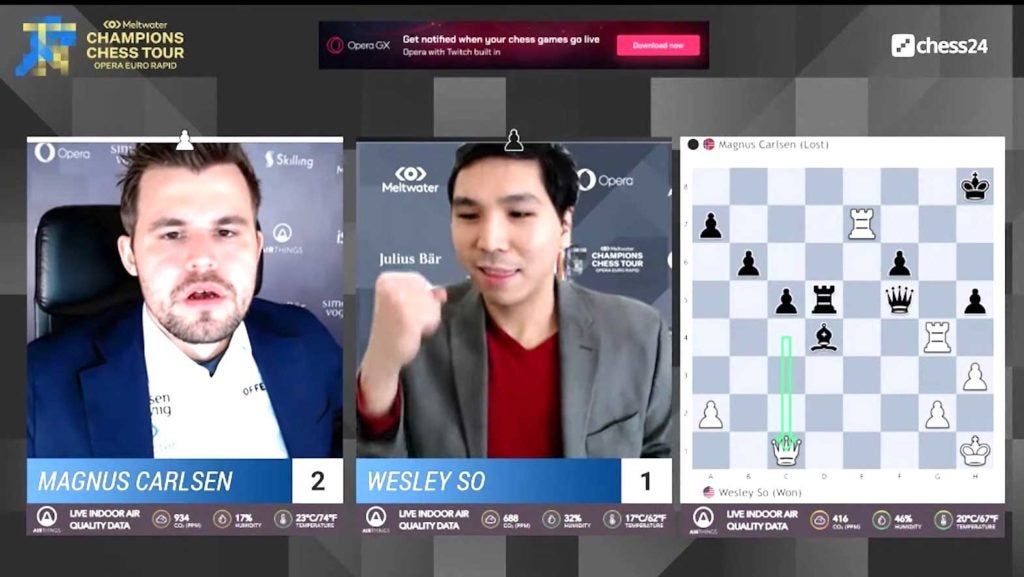 “I’d like to apologize to Magnus for ruining his Valentine’s Day,” said Wesley So after his victory in the final of the Opera Euro Rapid. CHESS24

This is the second time So has beaten Carlsen in a final of a Meltwater Champions Chess Tour event, having won the Airthings Masters in December.

“I’d like to apologize to Magnus for ruining his Valentine’s Day,” said Wesley So after his victory in the final of the Opera Euro Rapid.

So won the first game of the second final match against Carlsen, who wasn’t able to fight back in the following three games. So emerged as the tournament winner, having secured a draw from the position of strength in the fourth encounter.

After three tournaments of the Meltwater Champions Chess Tour, the leaders are Wesley So and Teimour Radjabov, who have scored 108 points. Magnus Carlsen is on third place with 85 points.