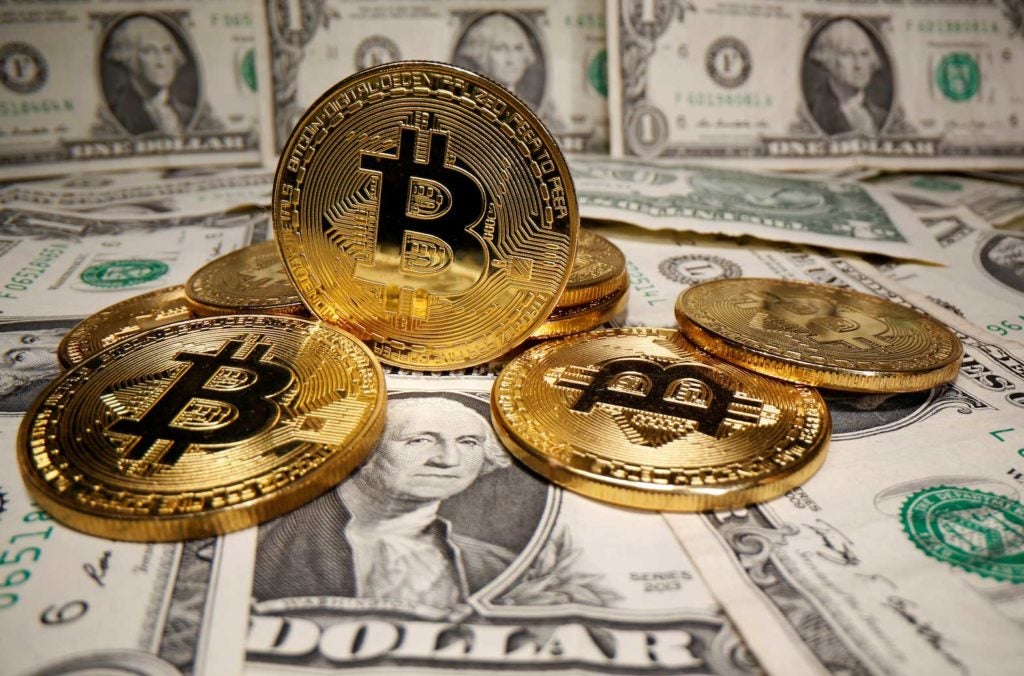 Representations of virtual currency Bitcoin are placed on U.S. Dollar banknotes in this illustration taken May 26, 2020. REUTERS/Dado Ruvic/Illustration

The U.S. dollar held near two-week lows on Monday, as optimism about COVID-19 vaccine rollouts and a planned $1.9 trillion U.S. stimulus package offered a boost to riskier currencies, stock markets and commodity prices.

Among the gainers versus the weaker dollar, the British pound broke $1.39 for the first time in nearly three years, helped by expectations that the success of the UK’s COVID-19 vaccination programme could enable the economy to open up and rebound.

The offshore-traded Chinese yuan continued its recent rise and was on the cusp of breaking above 6.39 per dollar for the first time since June 2018.

Commodity currencies strengthened too, with the South African rand touching a one-year high. The Norwegian crown and the Australian dollar reached their highest levels in three weeks against the greenback.

Many financial markets in Asia remained closed on Monday for Lunar New Year, and U.S. stock markets were shut for Presidents Day.

Analysts at MUFG said the dollar could weaken further if market optimism held.

“We believe there is plenty yet to go in the so-called ‘reflation trade’ with market participants under-estimating the willingness of global policymakers to let the economy run hot and fuel stronger-than-expected global growth through the remainder of the year,” the analysts said in a note.

The Japanese yen, viewed as a safe-haven asset, slipped 0.4% against the greenback to 105.27 yen,

The world’s most popular cryptocurrency rallied 25% last week, boosted by endorsements from Tesla and BNY Mellon