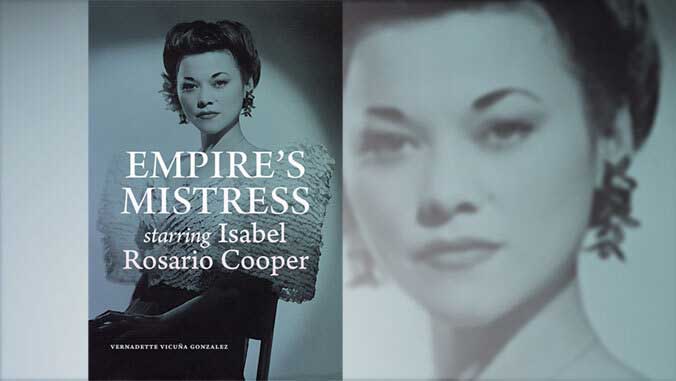 HONOLULU – The life of Filipina vaudeville and film actress Isabel Rosario Cooper is the focus of a new book by a University of Hawaiʻi at Mānoa professor.

Vernadette Vicuña Gonzalez, Department of American Studies professor and Honors Program director, details Cooper’s relationship with General Douglas MacArthur by portraying her not as a tragic heroine, but as someone caught within the violent histories of U.S. imperialism. Their relationship was a failed love affair between a venerated war hero and a young woman of Filipino and American heritage.

“My motivation for the book was to tell the story that is often hidden by convenient or familiar narrations—especially of women, and women like actors, or mistresses—and get a more complex picture of their humanity as they navigated a shifting social order,” Gonzalez said. “So much of Isabel Cooper’s story is wrapped up in her relationship to Douglas MacArthur, and as a consequence, that overshadows a lot of other interesting details about her.”

Gonzalez illustrates Cooper’s life in the Philippines, Washington, D.C. and Hollywood, where she died penniless. Gonzalez uses speculative fictional segments to fill in the archival gaps of Cooper’s life that challenge the authority of official archives and the one-sided characterizations of her.

“I had to learn to be patient and figure out what kind of genre best fit the story of Isabel Cooper,” Gonzalez said. “It wasn’t going to be a straightforward biography, and I also wanted to leave room for speculation and fiction and a way to fold in a discussion of historical documents and archives, so it ended up quite differently from what I had first imagined.”

Gonzalez added, “I’m also not someone who identifies firstly as a historian, so I had to work out my own issues around that, since I had to dive headfirst into the scattered archive that makes up her life. So in that sense, I had to figure out how to do the research about her, then how to write her story.”

Empire’s Mistress, starring Isabel Rosario Cooper will be released on February 23. (You can preorder the book with a 30% discount using the code: E21GNZLZ.)

This is Gonzalez’s third book published by Duke University Press. The first was Securing Paradise: Tourism and Militarism in Hawaiʻi and the Philippines in 2013, and the second was a co-edited collection, Detours: A Decolonial Guide to Hawaiʻi in 2019. Gonzalez’s research interests include: American empire, tourism and militarism, gender and sexuality and ethnic and cultural studies.