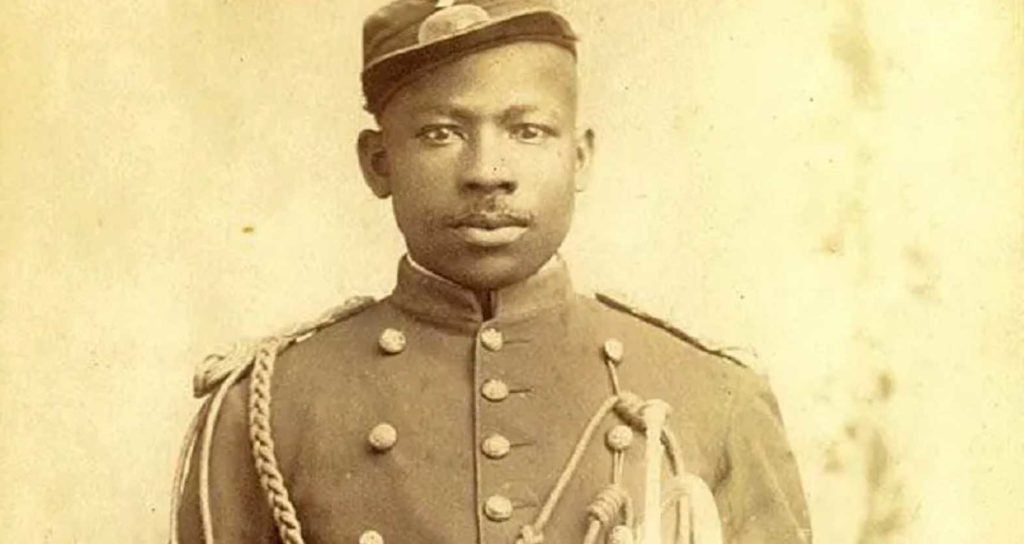 Fagen knew when the  “N” word and the “F” word both meant “Filipino.” For real. Let me explain.

For some of you, to know of  the singer H.E.R. the African American Filipino singer from Vallejo, California, who kicked off Super Bowl LV with her rendition of “America,” would be woke enough.

But the wokiest of the woke would be appreciative that the game was three days after Feb. 4 when the very first gunshots of the U.S.-Philippine War were aimed at Filipinos.

Still the wokiest yet would remember that the Super Bowl was being played in the hometown of one David Fagen, the African American hero of the Filipino “Insurrectos” of 1899.

Fagen knew when the  “N” word and the “F” word both meant “Filipino.” For real. Let me explain.

Fagen was an African American born in Florida in 1875, at a time of continuing oppression and discrimination in the South. According to historian Howard Zinn, between 1889-1903 “on average, every week, two Negroes were lynched by mobs—hanged, burned, mutilated.”

This is well after the Civil War, when the best America could do was the 1896 Plessy v. Ferguson case, which made “separate but equal” the law and created what essentially would become an American caste system.

Imagine the mindset of a young Fagen, who joined the segregated all-Black 24th Infantry as part of the “Buffalo Soldiers” sent to fight off Native Americans. Perhaps he was just following orders, but when that deed was done, Fagen and the others were sent to fight in the Spanish American War, first in Cuba, then to Asia.

There they fought the war everyone wants you to forget.

After a brief stop in San Francisco, Fagen shipped off to the Philippines, where things began to fall apart morally when the first gunshots were fired at Filipinos on the aforementioned Feb. 4, 1899.

By then, Fagen had reached his existential WTF moment, and I don’t mean “what the Filipino?” But it might have been.

Fagen questioned how any African American with integrity or empathy could fight a white man’s war and turn his gun on another person of color fighting for freedom.

Maybe his feelings began during his first campaign against Native Americans, but by the second go-round in the jungles of the Philippines, he could no longer fight for the U.S. imperial army. Fagen became one of 15 to 30 deserters among the four units of the all-Black “Buffalo Soldiers.”

Fagen’s distinction: he was the only one known to have actually joined the Filipino freedom fighters of the U.S.-Philippine War.

My friend, Prof. Dan Gonzales of San Francisco State’s College of Ethnic Studies, prefers that naming phrase to the more common Philippine-American War because the U.S. was the aggressor on Philippine soil and caused more deaths. Among Filipino civilians alone, casualties as a result of the war are estimated to be around one million lives. Some call it borderline genocide, which is debatable. But there’s no doubt this was America’s imperial war, more deadly than our present-day coronavirus war.

David Fagen had to be one of them when he saw the U.S. was there to subjugate and colonize the Philippines.

Very different from the insurrectionists you’ll be seeing in the news this week. The  Capitol Hill gang of Jan. 6, were dubbed “insurrectionists” because they were urged to fight and pillage the Capitol due to Trump’s lies of a stolen election.  The vast majority of these Trump insurrectionists were white and racist. Once unleashed, they destroyed federal property, and threatened both Mike Pence and Nancy Pelosi. In the end, when all was said and done, five people died.

It’s the reason the ex-president must be impeached. No other impeachment in modern American history is as serious as this one.  Not Nixon, Clinton, the First Trump. The unruly mob was there  because of Trump. And they were done, they were so proud they started taking selfies.

No one was taking selfies in the Philippines.

For the Filipinos, it was a war of passion, often fought with spears and knives to ward off an American desire for domination and conquest fueled by racism.

Through letters written by African American soldiers and published in America by the Black ethnic press, such as the Boston Post, the Cleveland Gazette, and the American Citizen in Kansas City, Americans at home learned the truth about just how racist the war was in the Philippines.

“I feel sorry for these people and all that have come under the control of the United States,“ wrote Patrick Mason, a sergeant in Fagen’s 24th Infantry, to the Cleveland Gazette. “The first thing in the morning is the “(N-word)”and the last thing at night is the “(N-word).”. . .You are right in your opinions. I must not say as much as I am a soldier.”

This was the power of the ethnic press as described in E. San Juan Jr.’s essay on Fagen, that sources the Willard Gatewood book, “Smoked Yankees” and the Struggle for Empire: Letters From Negro Soldiers, 1898-1902.

It makes the racist nature of the war clear and provides an understanding for Fagen’s defection. On Nov. 17, 1899, Fagen crossed the line and joined the guerrillas.

Historians note that Fagen was so good as a Filipino freedom fighter, he was promoted to captain on Sept. 6, 1900. Some Filipinos even called him “General Fagen.” His notoriety grew as he clashed on the battlefield with the U.S. military forces, specifically General Frederick Funston. Fagen’s exploits were covered by the New York Times.

The war came to an official end in 1902 after Filipino rebel leaders like Emilio Aguinaldo surrendered beginning in the spring of 1901. But Fagen kept fighting and was never found. He was said to have married a Filipina and gone into hiding in the mountains of Nueva Ecija, on the island of Luzon.

Fagen’s head or a head fake?

San Juan Jr. tells a story of Anastacio Bartolome, who in December 1901 brought a decomposed head said to be Fagen’s to Bongabong, Nueva Ecija. Bartolome produced other pieces of documentary evidence, like weapons or clothing, but the military didn’t consider it credible, nor did they give Bartolome a reward. San Juan suspects the items may have been stolen and the head could have been someone’s from the Aeta, a black aboriginal tribe. Bartolome may have also been a ruse to throw off Fagen’s pursuers.

Nevertheless, it was the Black press that wrote an obit with a sympathetic point of view. On Dec. 14, 1901, The Indianapolis Freeman did not condemn Fagen as a traitor but painted the picture of a man “prompted by honest motives to help a weaker side, and one to which he felt allied by the ties that bind.”

And that’s the oft-forgotten Asian part of Black History Month, where soldiers lie David Fagen found common ground among the dark-skinned Asian freedom fighters in the mountain jungles of the Philippines.

If you’ve never heard of this history, it’s not surprising. It’s one that runs counter to America’s white supremacist narrative.

The birth of colonial mentality

My father, who was born under the American flag in the Philippines a few weeks after the U.S.-Philippine war started, lived in the aftermath, yet probably knew nothing about Fagen. That likely wasn’t taught in his colonized American school, where he learned English well enough to come to America in the 1920s as a colonized American national.

All throughout the discrimination my father faced in the U.S. (anti-miscegenation, lack of opportunities in employment and housing), he found himself in the Black community. But he still was in the throes of colonial mentality. Generally, that’s known as an acceptance of the white narrative, as one goes along to get along in society.

It’s a mindset that lingers to this day among many in the large Asian American subgroup of Filipino Americans, more than 4 million strong. It’s the reason I no longer participate in some Filipino American projects that too often discount truth for a more passive, glorified U.S. perspective. Wokeness is not an option for the latter-day colonial minded.

They all could use some of the insight from David Fagen’s history.

He challenged an immoral and imperialistic American war. And he knew right away his connection to other people of color in Asia fighting to be free—the Filipino.

When you lack the nerve to break the bonds of colonial mentality, think of Fagen, who heard the “N” word referring to Filipinos, and knew better.

It’s a lesson worth thinking about all the time, and not just during Black History Month.

Emil Guillermo is a journalist and commentator who writes a column for the North American Bureau of the Inquirer.net. Listen to his podcast/vlog, where he talks  about Fagen with Prof. Daniel Phil Gonzales on www.amok.com For more on Fagen, see E. San Juan Jr.’s excellent article “An African American Soldier in the Philippine Revolution: An Homage to David Fagen.”