Why the U.S. is underestimating Covid reinfection

Why the U.S. is underestimating Covid reinfection

Kaitlyn Romoser first caught covid-19 in March, likely on a trip to Denmark and Sweden, just as the scope of the pandemic was becoming clear. Romoser, who is 23 and a laboratory researcher in College Station, Texas, tested positive and had a few days of mild, cold-like symptoms.

In the weeks that followed, she bounced back to what felt like a full recovery. She even got another test, which was negative, in order to join a study as one of the earliest donors of convalescent blood plasma in a bid to help others.

Six months later, in September, Romoser got sick again, after a trip to Florida with her dad. This second bout was much worse. She lost her sense of taste and smell and suffered lingering headaches and fatigue. She tested positive for covid once more — along with her cat. 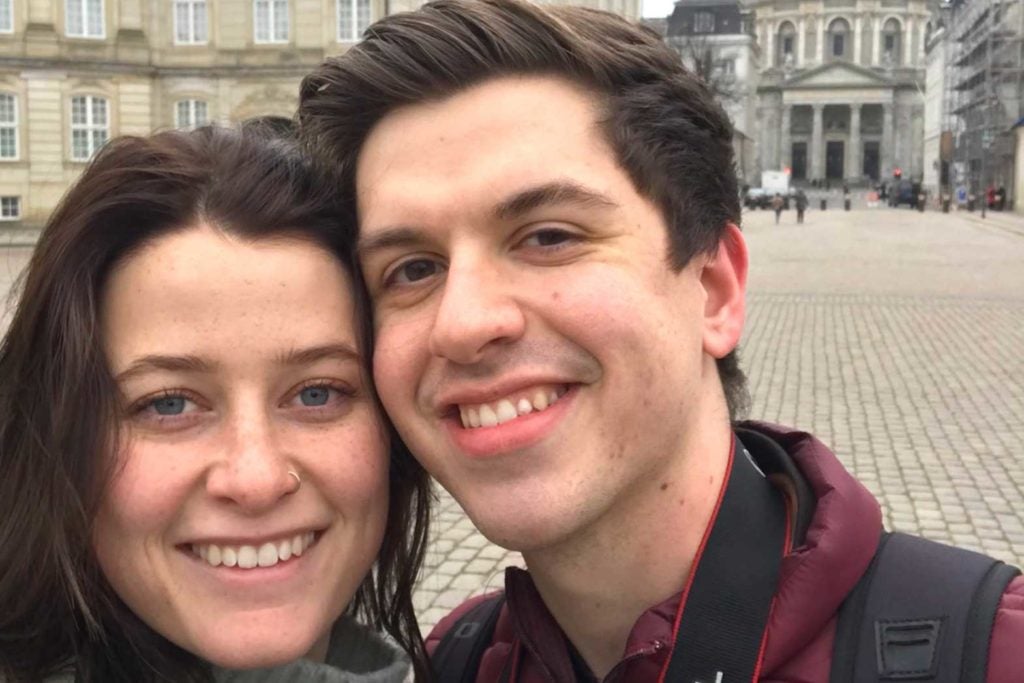 After a trip to Denmark and Sweden in March, Kaitlyn Romoser, 23, of College Station, Texas, caught a mild case of covid, confirmed by a test, and recovered fully within weeks. Six months later, she tested positive for covid again, but because neither lab sample was saved, there was no way to confirm what she calls a clear case of reinfection. Her boyfriend, Emil Koseoglu — pictured with Romoser in Copenhagen — never tested positive. (KAITLYN ROMOSER)

Romoser believes it was a clear case of reinfection, rather than some mysterious reemergence of the original infection gone dormant. Because the coronavirus, like other viruses, regularly mutates as it multiplies and spreads through a community, a new infection would bear a different genetic fingerprint. But because neither lab had saved her testing samples for genetic sequencing, there was no way to confirm her suspicion.

“It would be nice to have proof,” said Romoser. “I’ve literally been straight up called a liar, because people don’t want to believe that it’s possible to be reinfected. Why would I lie about being sick?”

As millions of Americans struggle to recover from covid and millions more scramble for the protection offered by vaccines, U.S. health officials may be overlooking an unsettling subgroup of survivors: those who get infected more than once. Identifying how common reinfection is among people who contracted covid — as well as how quickly they become vulnerable and why — carries important implications for our understanding of immunity and the nation’s efforts to devise an effective vaccination program.

That sounds like a rather insignificant number. But scientists’ understanding of reinfection has been constrained by the limited number of U.S. labs that retain covid testing samples or perform genetic sequencing. A KHN review of surveillance efforts finds that many U.S. states aren’t rigorously tracking or investigating suspected cases of reinfection.

KHN sent queries about reinfection surveillance to all 50 states and the District of Columbia. Of 24 responses, fewer than half provided details about suspected or confirmed reinfection cases. Where officials said they’re actively monitoring for reinfection, they have found far more potential cases than previously anticipated.

In Washington state, for instance, health officials are investigating nearly 700 cases that meet the criteria for possible reinfection, with three dozen awaiting genetic sequencing and just one case confirmed.

In Colorado, officials estimate that possible reinfections make up just 0.1% of positive coronavirus cases. But with more than 396,000 cases reported, that means nearly 400 people may have been infected more than once.

In Minnesota, officials have investigated more than 150 cases of suspected reinfection, but they lack the genetic material to confirm a diagnosis, a spokesperson said.

“I predict that we are missing cases of reinfection,” he said. “They are very difficult to ascertain, so you need specialized teams to do that work, or a core lab.”

Such cases are different from instances of so-called long-haul covid, in which the original infection triggers debilitating symptoms that linger for months and viral particles can continue to be detected. Reinfection occurs when a person is infected with covid, clears that strain and is infected again with a different strain, raising concerns about sustained immunity from the disease. Such reinfections occur regularly with four other coronaviruses that circulate among humans, causing common colds.

Centers for Disease Control and Prevention guidelines call for investigating for possible reinfection when someone tests positive for covid at least 90 days after an original infection (or at least 45 days for “highly suspicious” cases). Confirmation of reinfection requires genetic sequencing of paired samples from each episode to tell whether the genomes involved are different.

But the U.S. lacks the capacity for robust genetic sequencing, the process that identifies the fingerprint of a specific virus so it can be compared with other strains. Jeff Zients, head of the federal covid task force, noted late last month that the U.S. ranks 43rd in the world in genomic sequencing.

To date, only a fraction of positive coronavirus samples has been sequenced, though the Biden administration is working to rapidly expand the effort. On Feb. 1, CDC Director Dr. Rochelle Walensky told reporters that sequencing has “increased tenfold” in recent weeks, from 251 sequences the week of Jan. 10 to 2,238 the week of Jan. 24. The agency is working with private companies, states and academic labs to ramp up to 6,000 sequences per week by mid-February.

Washington’s state epidemiologist for communicable diseases, Dr. Scott Lindquist, said officials have prioritized genetic sequencing at the state laboratory, with plans to begin genotyping 5% of all samples collected. That will allow officials to sort through those nearly 700 potential reinfections, Lindquist said. More important, the effort will also help signal the presence of significantly mutated forms of the coronavirus, known as variants, that could affect how easily the virus spreads and, perhaps, how sick covid makes people.

“Those two areas, reinfection and variants, may cross paths,” he said. “We wanted to be in front of it, not behind it.”

The specter of reinfections complicates one of the central questions of the covid threat: How long after natural infection or vaccination will people remain immune?

Early studies suggested immunity would be short-lived, only a few months, while more recent research finds that certain antibodies and memory cells may persist in covid-infected patients longer than eight months.

“We actually don’t know” the marker that would signal immunity, said Dr. Jason Goldman, an infectious diseases expert at Swedish Medical Center in Seattle. “We don’t have the test you could perform to say yes or no, you could be infected.”

Goldman and colleagues confirmed a case of reinfection in a Seattle man last fall, and since then have identified six or seven probable cases. “This is a much more common scenario than is being recognized,” he said.

The possibility of reinfection means that even patients who’ve had covid need to remain vigilant about curbing re-exposure, said Dr. Edgar Sanchez, an infectious diseases physician at Orlando Health in Florida.

“A lot of patients ask, ‘How long do I have to worry about getting covid again?’” he said. “I literally tell them this: ‘You are probably safe for a few weeks, maybe even up to a couple of months, but beyond that, it’s really unclear.’”

The message is similar for the wider society, said Dr. Bill Messer, an expert in viral genetics at Oregon Health & Science University in Portland, who has been pondering the cultural psychology of the covid response. Evidence suggests there may not be a clear-cut return to normal.

“The idea that we will end this pandemic by beating this coronavirus, I don’t think that’s actually the way it’s going to happen,” he said. “I think that it’s more likely that we’re going to learn how to be comfortable living with this new virus circulating among us.”