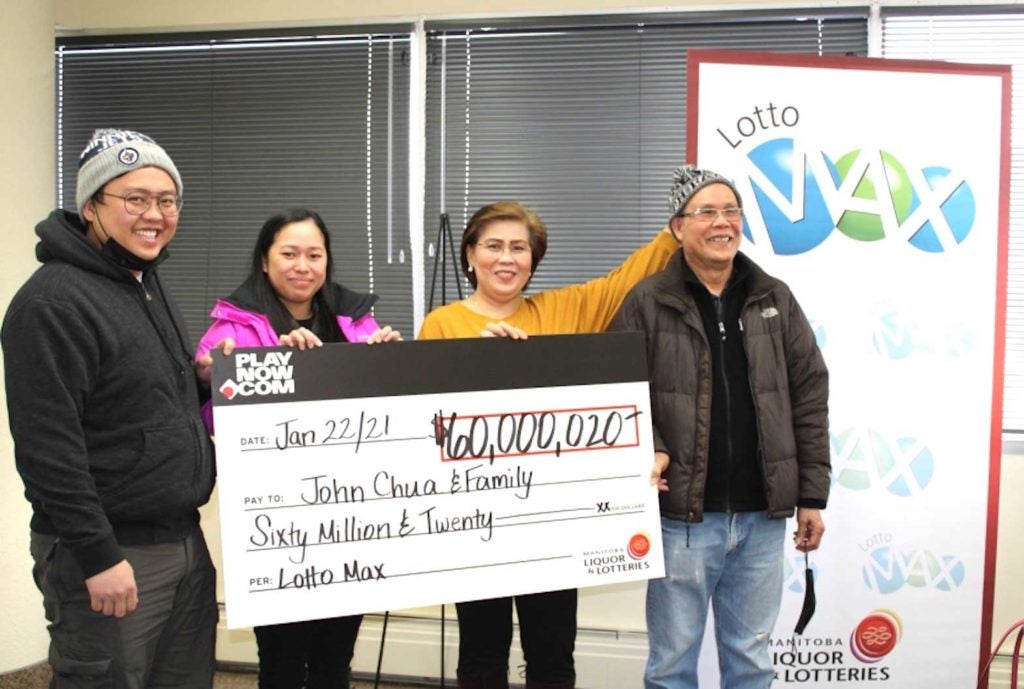 John Chua said he bought the ticket online on Play Now. He thought he didn’t win, but he got an email later in the day from Play Now.

“I thought it might be a Free Play or something. But it said $60 million—I was confused, so I checked on PlayNow.com when I got home,” John said as quoted in a news release from the WCLC.

“He always plays jokes – he’s a joker, so I didn’t believe it,” Angie Chua recalled as her son told her their family was about to be multimillionaires.

John said he is going to be wise with the money. “I just want to take the time and do the smart thing.”