Bezos to Give Amazon Reins to Cloud Boss Jassy

Bezos to Give Amazon Reins to Cloud Boss Jassy

Amazon.com Inc founder Jeff Bezos will step down as CEO and become executive chairman, naming the head of its lucrative cloud computing division as successor in a sign of its transformation from web retailer to internet conglomerate.

This summer, Bezos, 57, will hand the keys of the world’s largest online retailer to Andy Jassy, head of its cloud division Amazon Web Services known as AWS. The announcement on Tuesday settles a long-running question about who would replace the world’s second-richest person at the company’s helm.

Bezos is ending his role as CEO on a high note: the business he began as an internet bookseller 27 years ago is now one of the world’s most valuable companies and posted three consecutive record profits after losses in decades prior. On Tuesday, Amazon reported quarterly sales above $100 billion for the first time.

Jassy, 53, joined Amazon in 1997 after Harvard Business School, founding AWS and growing it to a cloud platform used by millions of customers, the company’s website said. He had been a clear contender for the top job since Amazon created two CEO roles reporting to Bezos years ago, the other held by recently retired consumer CEO Jeff Wilke. 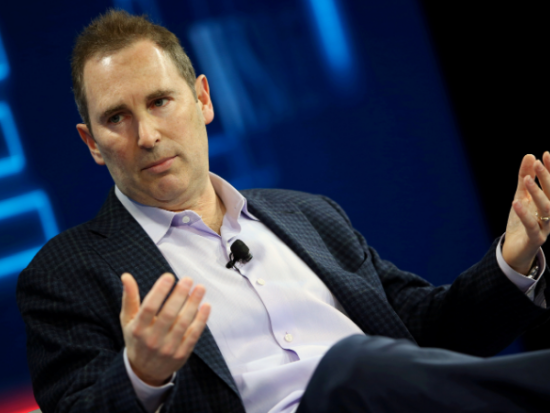 “Jassy’s background in steering AWS shows just how the top of mind those services are to Amazon’s business strategy. It’ll be interesting to see how that affects their strategy and balancing that priority with a growing ad business and the commerce behemoth,” he said.

Jassy is known for understanding highly technical details and has regularly taken jabs at legacy player Oracle Corp and cloud rival Microsoft Corp, which AWS continues to exceed in sales. Bezos has made fewer public remarks about competitors.

Under Jassy’s leadership, Amazon’s cloud business has signed major customers, including Verizon, McDonald’s, and Honeywell. Silicon Valley startups have long relied on AWS, and the division’s annual revenue grew 37% in 2019 and 30% in 2020, helping cement its position as the market leader.

One contract AWS failed to win was the $10 billion “JEDI” project from the Pentagon, which was awarded to Microsoft.

Jassy had aimed to bestow a rock-star aura to keynotes at AWS’s annual Las Vegas conference, speaking before over 60,000 attendees in 2019 after upbeat music preceded his talk.

Bezos, who already has focused on other personal enterprises in years past, said in a note to employees posted on Amazon’s website, “As Exec Chair, I will stay engaged in important Amazon initiatives but also have the time and energy I need to focus on the Day 1 Fund, the Bezos Earth Fund, Blue Origin, The Washington Post, and my other passions.” Blue Origin is Bezos’ space company. He added, “I’ve never had more energy, and this isn’t about retiring.”

Chief Financial Officer Brian Olsavsky said on a call with analysts that Bezos would work on “large one-way door issues,” such as acquisitions and other strategies where there is a high cost to reversing course.

Amazon’s net sales rose to $125.6 billion as consumers turned to the world’s largest online retailer for their holiday shopping, beating analyst estimates of $119.7 billion, according to IBES data from Refinitiv.

Amazon shares were up less than 1% in after-hours trading.

Jassy’s AWS, traditionally a bright spot, fell slightly short of expectations in the fourth quarter. While the cloud computing division recently announced deals with ViacomCBS, the BMW Group, and others, it posted $12.7 billion, short of the $12.8 billion analysts had estimated.

Amazon said it was not named an AWS replacement for Jassy at this time.

Meanwhile, Amazon’s e-commerce business has never been as big. Since the start of the U.S. coronavirus outbreak, consumers have turned to Amazon to deliver home staples and medical supplies. While brick-and-mortar shops closed their doors, Amazon recruited over 400,000 more workers to keep up with demand. 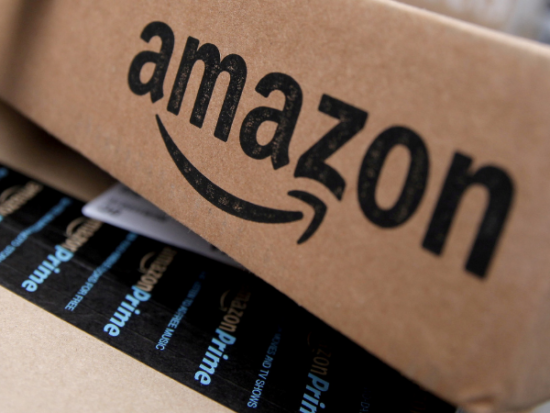 That has placed the Seattle-based company at the center of workplace tumult. More than 19,000 have contracted COVID-19 as of September, and some staff have protested and demanded facility closures. Others, at Amazon’s Bessemer, Alabama, warehouse, are seeking to be the first at the company to unionize in the United States, with an election to begin next week.

Olsavsky told reporters on a conference call that costs associated with the pandemic in the first quarter are expected to total $2 billion, down from $4 billion in the fourth quarter as shopping volumes decrease. The company has taken an array of COVID-19 precautions and written government officials – including U.S. President Joe Biden – saying it is eager to offer vaccine shots to staff.

Net sales for the current quarter are expected to be between $100 billion and $106 billion.

(Reporting by Jeffrey Dastin in San Francisco and Akanksha Rana in Bengaluru; Additional reporting by Subrat Patnaik and Noor Zainab Hussain in Bengaluru; Editing by Anil D’Silva and Lisa Shumaker)